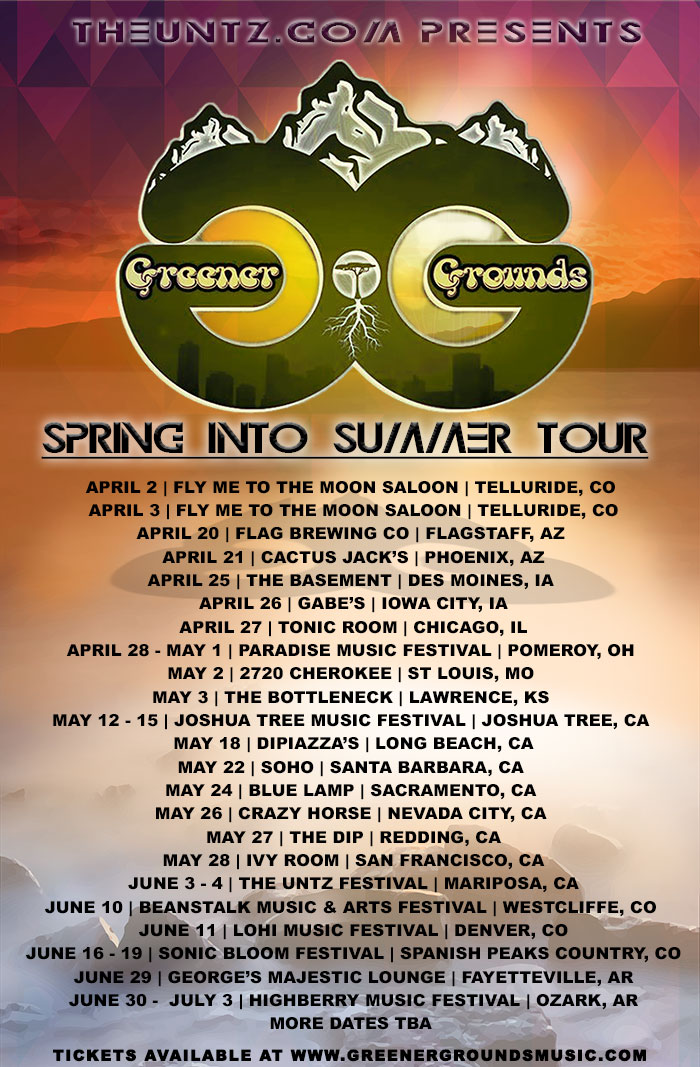 Following a wildly successful winter tour, the Greener Grounds boys are back at it. The Denver-based quintet of livetronica pros announced today it will take to the road once more for its big Spring Into Summer tour presented by TheUntz.com.

With a two-night kickoff April 2nd and 3rd in Telluride, CO, Greener Grounds launches into a southwest swing, before heading into the midwest at the end of April. The following month sees the band make a swing into California, with all eyes on The Untz Festival, June 2-4, in Mariposa, CA.

A couple of dates follow in the band's home state of Colorado, with Beanstalk Festival and SONIC BLOOM, and then the guys head east again for the Highberry pre-party, and the Ozark, AR jam festival, itself.

Coinciding with the big tour announcement is the final stretch of Greener Grounds' big Kickstarter campaign. After months of hard touring, the five piece is ready to complete its next album, Momentous. The difficult part is being able to afford costly studio time, as well as the high-tech gear the artists hope to use in the making of the record.

This is where you, the fan, steps in. There are tons of donation levels corresponding to a wide variety of incentives ranging from custom pins to a private performance by GG. Watch the video below for the full story. Help the band reach its goal by clicking here: http://kck.st/1XYTlCT and contributing what you can.