Summer festival season is in full swing and countless gatherings around the country have gone off with a bang. From the epic nature of the main stage to the trippy, psychedelic nature of the late night areas, the amount of phenomenal music coming from these speakers has been nothing short of incredible.

Though he saw many American festival dates during the summer of 2015, this hasn’t stopped Russian psychedelic bass producer Mindex from generating exuberant amounts of top quality music during his time off from touring. His new release on Kalya Scintilla’s Merkaba Music label, ReFocused, is an eight track album that takes you deep into the realms of psychedelic electronic music; with beautiful layers of mystic melodies that fascinate your ears and awake your third eye.

The release begins with “1001 Nights,” a mystical downtempo piece that resonates with the Middle Eastern vibes that Mindex has perfected, from its glistening synths and strings, to silky vocal samples, to the gritty low end. It shows his phenomenal ability to layer multiple melodies, harmonies, soundscapes and percussion to create music with so much going on audibly, but with each sound having its own distinct purpose. It also is the first glimpse of his genius ability to create the distinct neuro bass sounds that are present throughout the entire release.

“Wolfram” continues your journey into the world of his trancey, deep music. The esoteric nature is extraordinarily strong on this tune, with a continuing use of his Middle Eastern and dubstep influences, combined with some beautiful flute sounds and some nice string sample twangs. Honestly, this music sounds like it was created on a far off planet that has yet to be discovered.

With “Mount Warning,” you never really know what you’re going to hear next. Some awesome arpeggiated synths at the beginning make you think that you’re about to hear some dirty psytrance music, but it slowly breaks into a half time tempo to showcase his psychedelic bass prowess. Then halfway through, the tempo goes back up and becomes a super danceable track. Not only does the speed of the tempo constantly change, but also so do the melodies and harmonies. The bass tones and high-toned synths move quickly between notes during some sections, but become drawn and strung out during other points in the song. 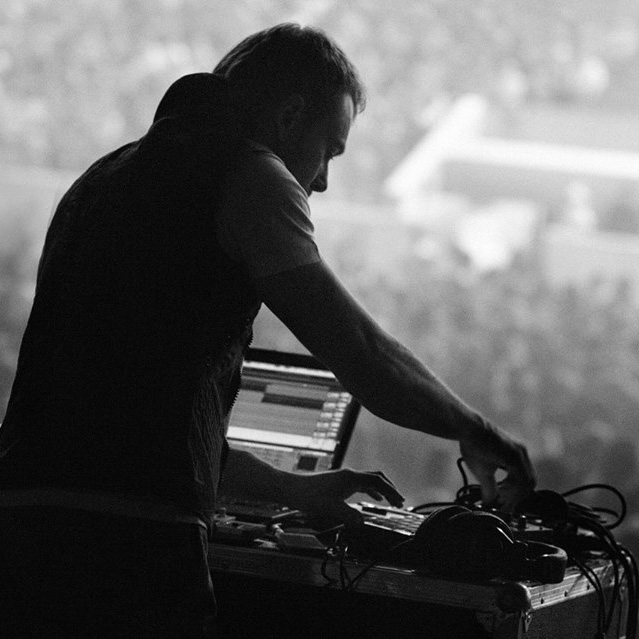 Mindex’s remix of Vena Portae’s “Sunrise in the Mountains” continues with the long, drawn out sound of not only the bass and synth tones, but nearly every aspect of the song. The amount of power on this remix is just utterly insane, probably because it was produced on the same planet as “Mount Warning.” The background soundscapes are just incredible and the simple samplings of female vocals are the icing on the cake.

The title track, “ReFocused,” features some of my favorite percussion work on the release. The beats are nice and tight and use of sub bass kicks for low-end harmonies just adds to his excellence as a producer. This tune also features perfect layering of sounds from the low to the high end, especially horn stabs that hit you straight in the horn when listened to loud enough.

“Neural Buzz” definitely lives up to its title. The synths have a great whirring distortion that gets under your skin like the buzz of a bee. As the first tune on the release that could be considered “glitch-hop,” it also has the simplest, stripped down nature to it, if you could call it that. A simple beat, glistening synths, repetitive, glitchy bass and lovely, angelic vocal soundscapes.

The best way to describe to “Serpent Tale” would be feverish fluctuations. Almost every aspect of the production has a sort or rise and fall element to it, from the silky high end synths, bass glitches and everything in-between. The tempo changes from glitch hop to a psychedelic bass feeling will really keep you on your toes, whether you’re merely listening or dancing along.

The closing track “Cortex Vortex” is exactly that; a gorgeous, psychedelic tease that will take you into a mystical trance, like something I’ve felt while dancing up front during a Govinda set. While your brain is in a trance, your feet will also not be able to keep from moving. The consistent changes like the latter track are phenomenal, and the stretched out bass synths are mind blowing.

If you’re into artists like Birds of Paradise, Kalya Scintilla, Zebbler Encanti Experience, or AtYyA, Mindex should soon be added to your listen of favorite producers. ReFocused is your perfect soundtrack for any psychedelic adventure. If you're looking for more, listen to an exclusive mix Mindex made for The Untz!

Get ReFocused now from Merkaba Music!