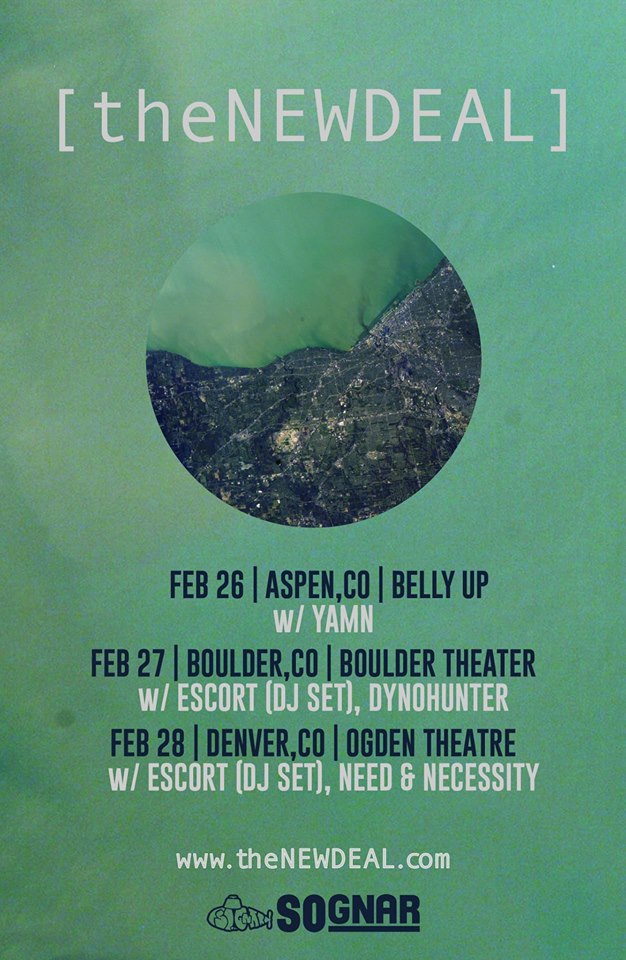 It's kinda the thing that every act working in the live electronic dance music space wants to do. On February 27, DYNOHUNTER gets to warm up the Boulder Theater in Boulder, CO for livetronica legends the NEW DEAL.

Not only that, but the Boulder trio contributed their own remix of "Sabotage the System" to the existing canon that includes The Untz winners Pat Sugrue and Fekbek.

The original is the first studio recording from tND in more than a decade, and Clark Smith, Fred Riesen, and Justin Ehmer decided to throw in a little house and breaks to jazz up the powerful cut.

Fans will have a chance to ask questions during our live hangout with the NEW DEAL on February 9 at 5pm EST. Tweet your questions with the hashtag #askTheNewDeal.

Along with DYNOHUNTER, tND will be joined by a DJ set from Escort in Boulder. Tickets are on-sale now for the NEW DEAL's Colorado run!