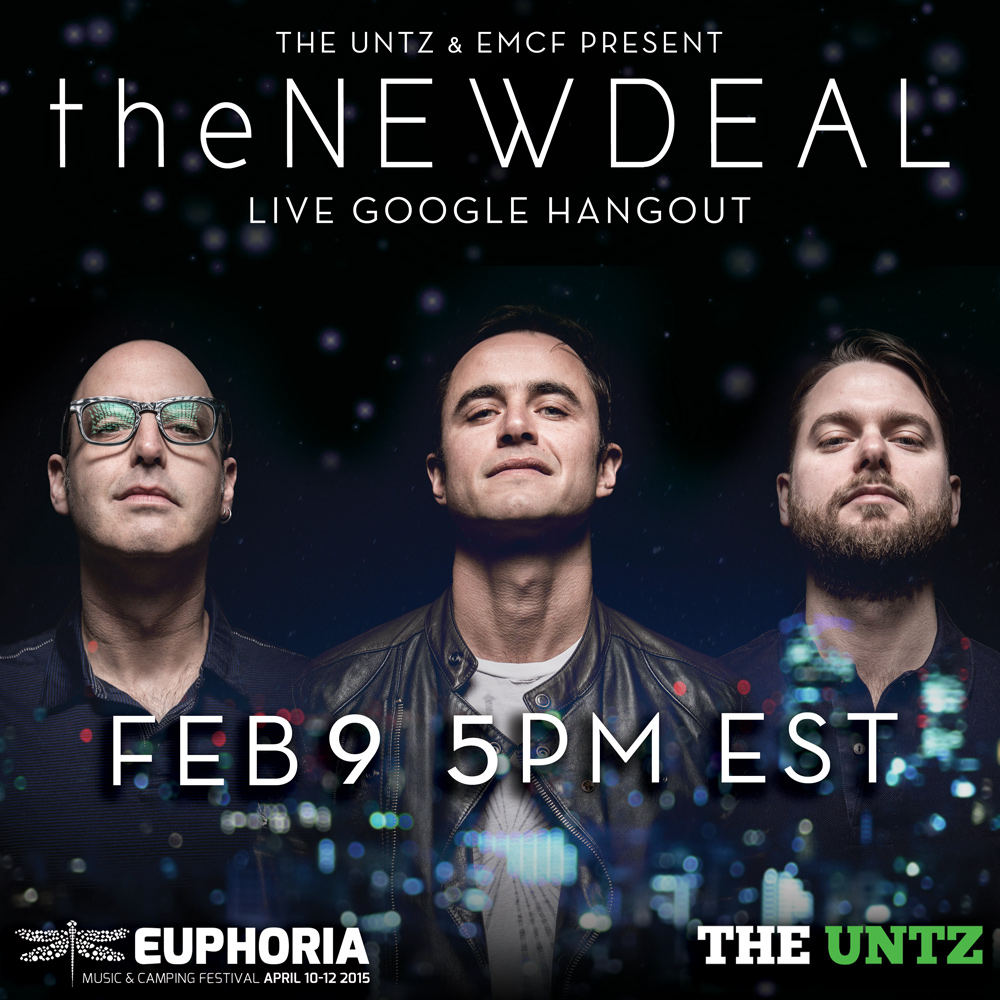 I never miss a chance to nerd out with the NEW DEAL.

The seminal livetronica act's return to the stage has been much lauded--and for good reason. The band is sounding tight, fresh, and renewed; exactly what you'd want from three talented musicians who jam their way through the night. Dan Kurtz, Jamie Shields, and Joel Stouffer are feeling the love, and giving it right back with each subsequent performance.

Join me in nerding out with the NEW DEAL live via Google Hangout on February 9th at 5pm EST. I'll be chatting with the guys, and they'll be answering your questions. Tweet us your questions @theuntz with the hashtag #askTheNewDeal, or leave your questions in the comments below. On 2/9, just return to this page to watch the conversation unfold live, or return here at a later date to watch our chat when it's convenient for you.

As a super bonus, Euphoria Music & Camping Festival is getting on board! the NEW DEAL will be performing at #EMCF2015 April 10-12 down at Carson Creek Ranch in Austin, TX, and as a special treat, we'll be giving away a PAIR OF TICKETS to the festival during the broadcast, so make sure you tune in and stay sharp!

Remember, the guys will be hitting Colorado for three very special dates at the end of this month. They'll be at Belly Up in Aspen, CO on February 26, then the next night (February 27) they're at the beautiful Boulder Theater, and they close out their CO run at The Ogden in Denver on Saturday, February 28.