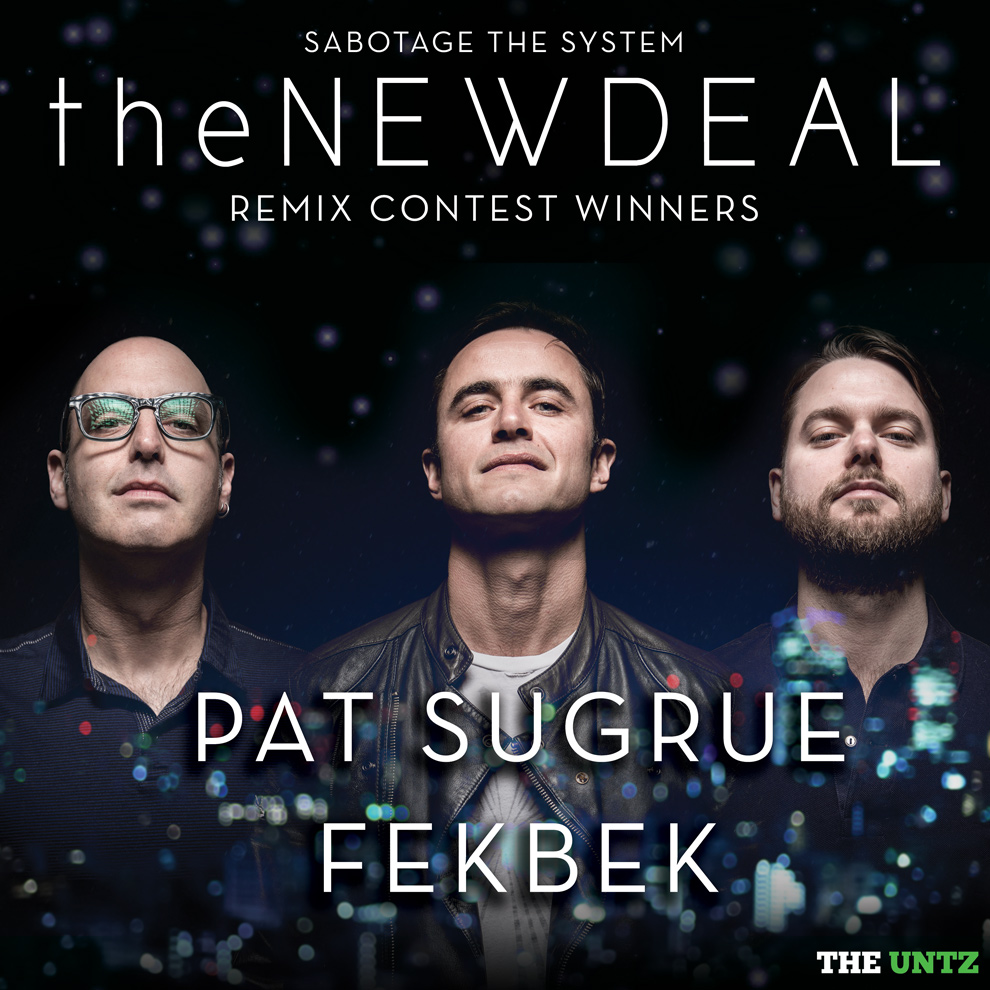 With some great entries to choose from, live electronic hybrid the NEW DEAL selected winners in their "Sabotage The System" remix contest. The three-piece out of Toronto chose two wildly different selections for its grand prize and second place recipients.

Pat Sugrue out of Eugene, OR turned in an epic house tune that at once pulls from contemporary production techniques, but also feels like a dark, 80's Blade Runner throwback. Vadym Vdovtsov, better known as Fekbek from Vinnitsa in the Ukraine came busting out the gate with a massive drum and bass anthem to capture that second prize. Both of these remixes are blistering odes to the original tune, which is the first studio track from the livetronica legends in over a decade.

While the winners are enjoying their prizes, which includes tickets, merch, and all sorts of fun stuff, the NEW DEAL are setting their sights on a Colorado run hitting Aspen, Boulder, and Denver at the end of next month. It was also announced that the NEW DEAL will be joining the Euphoria lineup hitting Austin, TX this April.