The news is trash and the broader political environment appears to be content keeping systemic misogyny alive and well in this country. Instead of getting depressed, we decided as an editorial board to do what we can to shine a light on the women in our particular corner of the industry who are filling all sorts of roles, spreading the underground bass sound, and winning, though the deck is always stacked against them.

While there is a dearth of female artists in the upper echelons of the electronic music industry, that disproportionate figure is reflected behind-the-scenes, as well. Our talented writers have taken it upon themselves to search out promoters, festival organizers, label managers, and more grinding it out in cities all over the country with the mission of bringing incredible music to their fan base. We pick their brains and find out the secrets to their success.

Introducing our Wobble Women series. We are thrilled to bring you the first of many installments. If you know of a take-no-prisoners boss lady gettin' it done in your town, please drop us a line at support@theuntz.com. 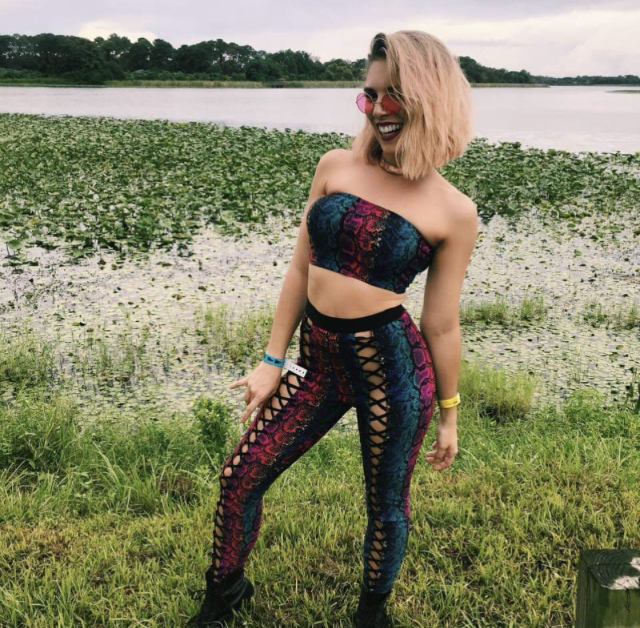 The Meraki Movement has set the Central Florida's underground bass music scene ablaze. Andra Johnson, 22, a senior at the University of Central Florida, embarked on this off-the-beaten-career-path and began this growing faction. As founder of The Meraki Movement, Johnson hosts and curates bass-driven shows, mainly at the HENAO Contemporary Center in Orlando, Florida.

The Meraki Movement has hosted events with UNTZ faves like TRUTH, Mystic Grizzly, Peekaboo, Brightside, VCTRE, leet, Huxley Anne, Chee, DMVU, Of The Trees, Thriftworks, Keota, kLL sMTH, Shlump, Tsuruda, EAZYBAKED, Esseks, the list goes on (and if you're wondering why we love the work she's doing, just check out past lineups of The Untz Festival for a hint).

Johnson and her Meraki Movement have made the HENAO Center in Orlando an important stop for any underground bass artist on tour. The Meraki Movement has also teamed up with Dubday Orlando and DanceSafe Orlando, selling out shows and providing crowds with water, support, killer sound system, and top-notch event production that contributes to a thriving bass community.

Just around the corner, the Meraki Movement will be welcoming The Widdler, Pushloop, and Organik on November 2nd. Then December 14th brings to the stage Toadface, G-Space, and NEWSENSEi.

What exactly is Meraki? It means “doing something with total love and pure soul, putting yourself into a project you care so much for” explained Johnson, “I feel like these words truly represented the type of project I wanted to create and share for the Orlando bass community.”

How did she go from attending events to throwing them? “At first I started out as a promoter for another local event company selling tickets and just earning myself comps for the show, but I found myself after a couple years not getting the benefits I wanted and found myself more intrigued with the industry.” 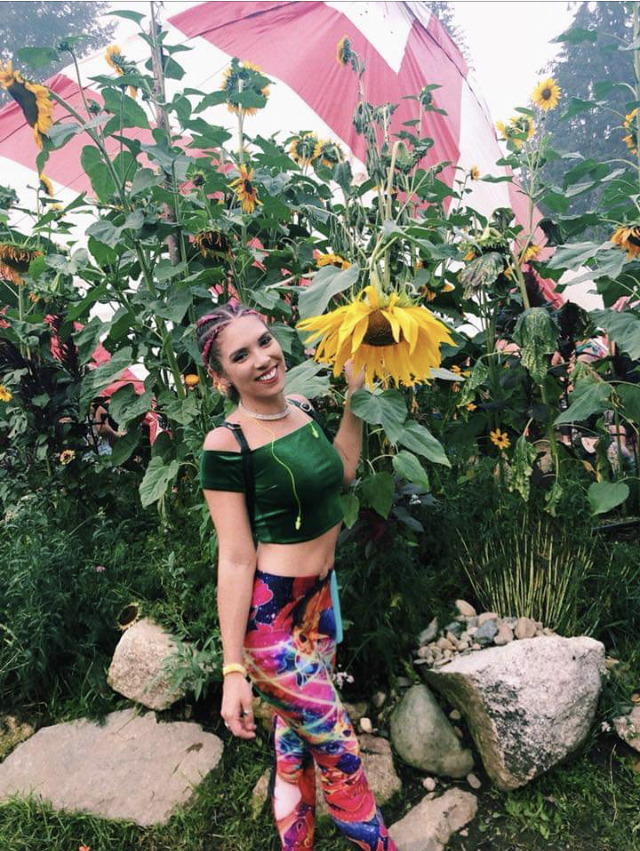 Being a promoter in a male-dominated field has given Johnson unique insight about the industry landscape.

“It can be hard for woman DJs because people don’t take them seriously—why? I have no idea, but I hear about it and see it happen very often, but I also have a few female friend DJs who are excelling in their career and no it’s not just because of their looks; they’re talented.”

Attaining that goal of producing and hosting events was not easy. Johnson had to cross roadblocks along the way, but looks at them as learning experiences.

“Sometimes being one of the only girl promoters in the underground bass music community of Florida, other promoters don’t take me very seriously, but that’s never stopped me from doing what I’m passionate about.”

Who motivates Johnson to continue to expand in the music industry? Johnson tells us “I don’t have a specific person that motivates me, but more the community as a whole motivates me. Seeing it grow into something so unique and beautiful continues to push me to do my best. My mom and dad are surely my biggest support system in this.”

In any career path, there are more roadblocks than express lanes. Things are not just dubstep and roses 24/7.

“Roadblocks come with every event, big and small,” notes Johnson, “The one that sticks out to me the most had to do with a past event where we had two stages one inside and one outside. It started to pour down raining on the outside stage, so we had to close it down. But the show must go on! We ended up moving the whole stage inside of a shipping container that was in the back of the venue, which actually ended up being 10x cooler than just having an outside stage.” 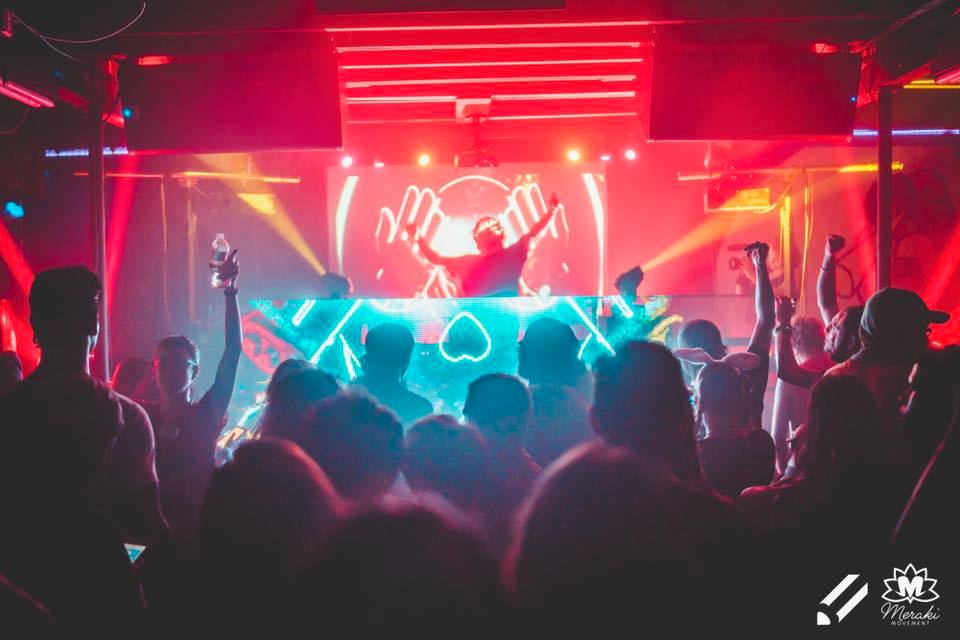 Rain, which seemed like a problem, provided the incentive to be creative and discover a solution which also provided a little relief from the Floridian heat. Now, that's making lemonade out of lemons!

Johnson’s biggest piece of advice for women pursuing their dreams in the music industry are words of encouragement. Take note:

“Just do it!” she exclaimed. “Seriously, network network network and then network some more. I literally couldn’t say that enough to anyone pursuing a career in the music industry because I’ve come to learn its truly all about who you know and what connections you make. Don’t let men in the industry treat you poorly, don’t let it discourage you, if anything let their discouragement encourage you.”

We can’t wait to see what projects and events Andra Johnson and The Meraki Movement bring to Orlando next. To stay in the loop, check out their Facebook page for all upcoming events, shows and news. 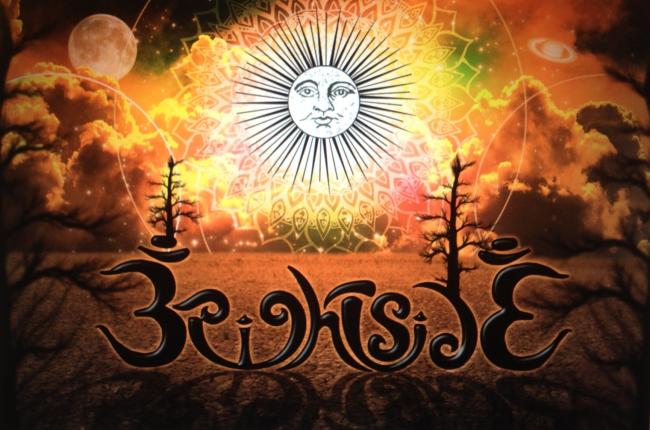