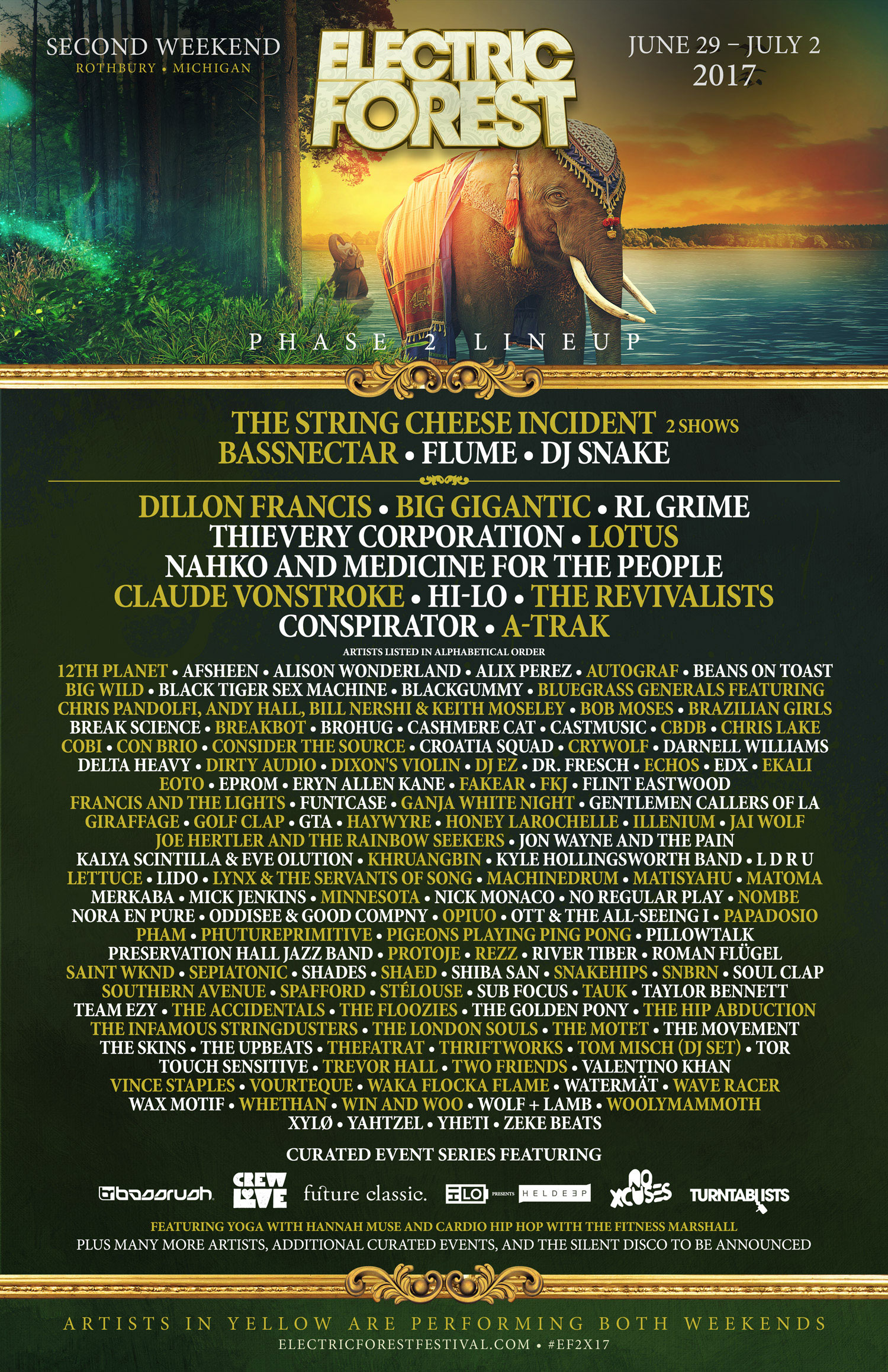 With Weekend 1 already sold out, it's just a matter of time before Weekend 2 is gone, as well, and Electric Forest's first double weekend year is well on its way with the release of its major Phase 2 lineup.

Surprises include headliners Breaking Biscuits, which we assume are some sort of Break Science x Disco Biscuits arrangement, as well as UNTZ faves like Alix Perez, Thriftworks, and Tor. They join perennial festival headliners The String Cheese Incident, Bassnectar, and acts like My Morning Jacket, Big Gigantic, and Ganja White Night.

A few acts from The Untz Festival have been added to the lineup, including Liquid Stranger, Space Jesus, and EPROM, as well as an act from last year's bill: Kalya Scintilla & Eve Olution. Their uptempo side project, Merkaba, has also been added.

Electric Forest has also unveiled a number of Plug-In programs, which elevate the festival's vibe for campers on a multitude of levels, whether it be exciting outdoor activities, fan appreciation by headliners, education and self-empowerment projects, or unique experiences like the Her Forest program, which just released its recap from last year.

TheUntz.com will once again be hosting the Electric Glen along with American Music & Sound during Weekend 1, which will give fans the opportunity to see some of their favorite acts participate in panel discussions with one another while also having the chance to poke, play, and ask questions about the latest and greatest gear for electronic music production by top brands. Past guests have included Big Gigantic, Papadosio, ZEDS DEAD, The Floozies, Minnesota, and more.