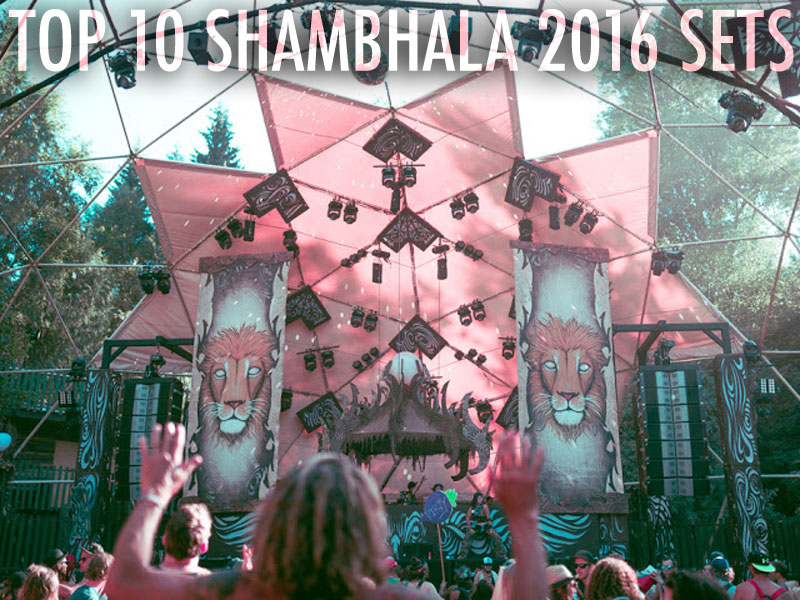 I wish this list could be titled something like “Go See Every Single One Of These Shows At Shambhala Music Festival.”

Instead we are going to shoot for the moon and lock down 10 of the most exciting and innovative performances to catch at Shambhala 2016. While it is most certainly impossible to condense the talent amassed at this year’s festival, these 10 sets are sure to provide an out-of-the-box and out-of-this-world experience.

Shambhala kicks off its 19th year (that's right, this thing has been around for forever) tonight at Salmo River Ranch in Salmo, BC tucked into the gorgeous mountainous region of British Columbia. This thing sells out every year, and for good reason. These 10 acts are the reason this is one of the most anticipated events of each summer season.

This guy knows his way around a turntable. Raised in the rich underground of the Perth music scene, Zeke has a knack for flipping samples and cutting up grooves on the 1’s and 2’s. His performances range from tight-walled clubs to the concert halls of the West Australia Symphony Orchestra. Regardless of the venue, Zeke is pushing serious skill behind the decks and bringing light to the bourgeoning bass music scene doing big things down under.

Honestly though, who doesn’t love the Keytar? Am I right?

Another Oceania resident, hailing from the misty hills of New Zealand, K+Lab boasts a seriously funky live performance consisting of his glorious keytar, drum machine and so much more. He seamlessly reworks original tracks into organic live experiences, blending bass across a spectrum of genres; K+Lab easily earns the admiration of dance floors across the world.

Cory Wythe is the Vermont guitarist behind the Marvel Years project. After a big break opening for Pretty Lights in 2013, only good things have followed. Touring with big names like Griz, The Floozies, Exmag as well as continuously pumping out new original tunes, Marvel Years is set up for major success in the near future. We had the pleasure of hosting him at The Untz Festival this year and can say from experience that this show can definitely NOT be missed

Sunday 4 AM, The Village