The LA-based collective that wrangles the talent of RL Grime, Shlohmo, Ryan Hemsworth, and more have made massive efforts this year to merge the gap between electronic music and rap. Their most impressive release of the year was Tory Lanez’ ‘Cruel Intentions’ EP that was produced by RL Grime, Baauer, DEEJ, and other influential electronic producers.

This collective has been cultivating some of the most refreshing talent including KRNE, SteLouse, Ill-Esha and more. They have just released ‘Vol. 3’, the third compilation of songs that have earned them recognition throughout the music world. Hebinomichi artists have mixes on Earmilk, Rinse FM, BBC Radio 1 and more.

This collective created by Duskus and Subtact is definitely a mysterious one. Their only objective as a musical group is to “follow the bear” and describe its journey through their chapters of music. Their music is heavily influenced by nature and the passion that brews between these young artists.

Talk about music of the future. This collective has released four volumes of fire in the last six months. Their artist roster includes Andrew Luce, Luca Lush, Luminate, Electric Mantis and many more. Don’t snooze on Daruma. 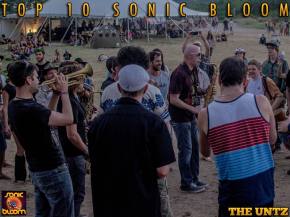