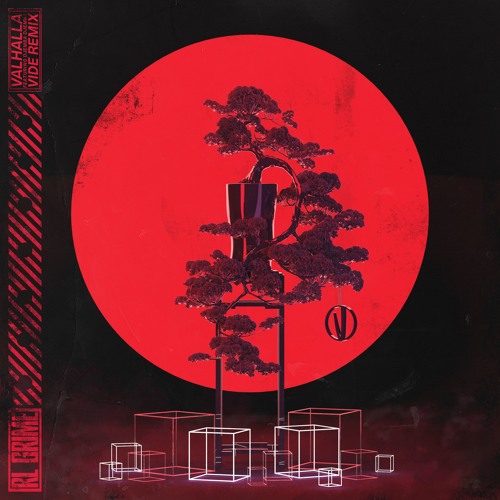 Ryan Blank will never forgive me for implying that he wasn't a part of the Lost Dogz crew when I covered his recent collab with Untitld, “Screwdriver,” but he got to use my pup, Chief Jim Hopper as his cover model and I only charged him a reasonable fee, so I think we're square.

Not only is vide a member of the highly lauded collective, he's one of its fastest growing members, garnering major support slots all over the east and south thanks to his infectious productions and high-energy sets. Coming off the release of his Treason EP, Blank unearthed a dusty trap anthem to turn the classic into a newfangled wubby wonker re-engineered from the ground up to represent the new sounds of the underground.

Taking on RL Grime and DJEMBA DJEMBA's “Valhalla,” vide strips away the theatric drops in favor of swampy clicks and pops—hallmarks of his Dogz cohort—but maintains the fun changes between trap drums and drum & bass tendencies. Ryan Blank has breathed new life into this staple of 2014 festival sets, and brought it home to roost amongst the cutting edge acts working on the next big sound.