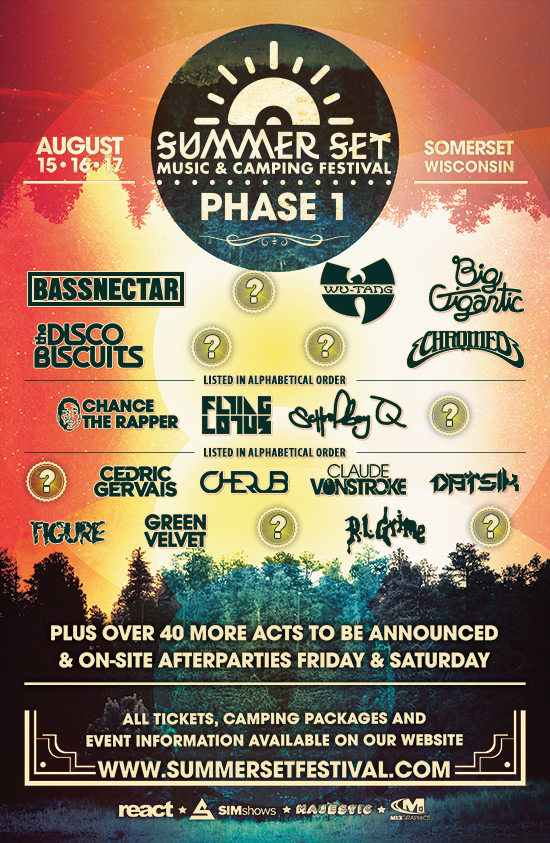 The Summer Set lineup has finally arrived. The late summer festival, now in its third year, returns to Somerset, WI from August 15-17. Towering above the soon to be even more stacked lineup is the one and only Bassnectar. Colorado's Big Gigantic makes it return to central Wisconsin, along with livetronica legends, The Disco Biscuits.

The hip-hop element of the festival is once again strong, bringing the supreme rulers of all that is true and amazing, Wu-Tang Clan, to Wisco. They'll be joined by Chance the Rapper and Schoolboy Q.

Chromeo, on the verge of another killer album, White Women, hits the Summer Set stage, along with Flying Lotus. The festival's organizers have also added a fourth stage, and as always, Friday and Saturday on-site after parties will be announced soon. Those appear to once again be separate ticketed events contained within the festival grounds.

Cherub, Datsik, RL Grime, Green Velvet, Claude VonStroke, and Figure round out the electronic music lineup. Phase 2 will be announced in a matter of weeks.

Tickets and more information can be found at summersetfestival.com.