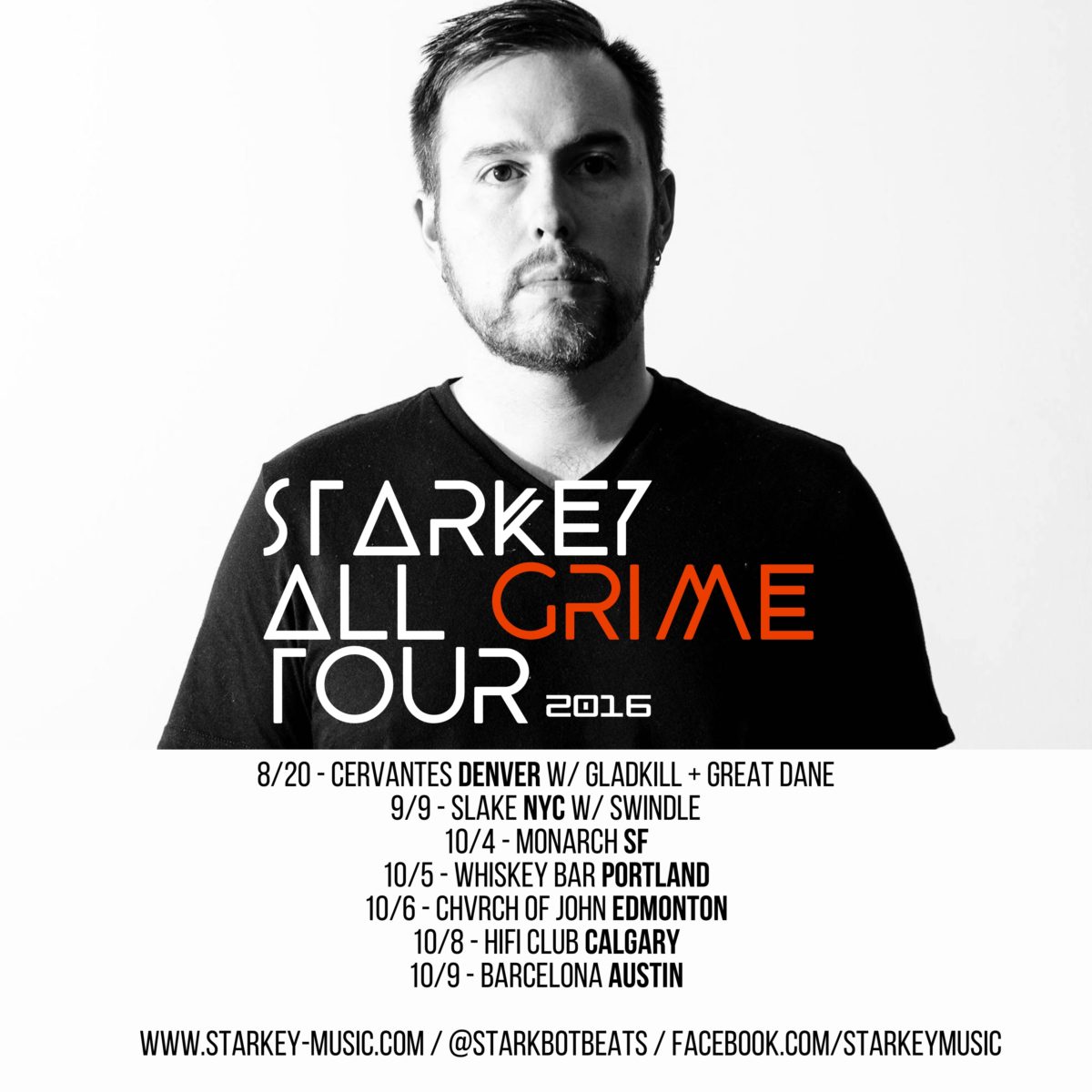 All eyes are on Saturate Records, and for good reason. The German-based low end label has been churning out some of the hottest records of the past couple of years, shining a spotlight on hot, up-and-coming producers like G Jones, Pleasure, and Shlump, and turning a weird subgenre into a breeding ground for tomorrow's superstars.

But the label's latest release has got us excited for vastly different reasons. That's because it features a veteran of the game who has molded and shaped this new breed with classic album after classic album. Starkey, one of the originators of "street bass," is easily one of the biggest influencers on the weird bass movement that melds trap sounds with bit-crushed hip-hop 808's and the trippier elements of psychedelic music.

Now the legend gets his turn on the tastemaking label, releasing Odyssey Five into the wild on September 9. Grimey, experimental, and 100% unique, this 6-track EP boasts five original takes on modern bass, and a bonus remix from Dj Pound, which we're pumped to premiere today. This one goes hard. It's filthy, it's tough, and it's one more way tha god Starkey has signed off on the new generation of street bass performers.

Starkey continues on his All Grime tour this month and next, hitting Slake in NYC for his Odyssey Five release party on the 9th, with west coast dates following in early October, closing things out in Austin, Texas on the 9th of October.