Looking for a gut-punch of feels to rocket your ass into the weekend? Starkey's got you.

Following up the monumental release of ill-esha's Hyperbolic Space Crochet on Seclusiasis earlier this year, the remix album is out today (September 25) with contributions from Nightwave, Strehlow, and Seclusiasis co-founder Dev79.

Street bass pioneer Starkey just had to get in on all the action with this being a massive release on his own lable, so he took on the title track with a laser-focus on doing something different. Mission accomplished, as this cinematic sci-fi space adventure gets a whole load of jet-fuel poured down its throat, and subtle, trappy elements are layered on top to give it a taste of tomorrow. It's a wild ride from start to finish, so strap yourself in. 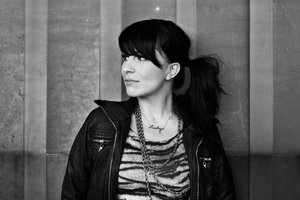