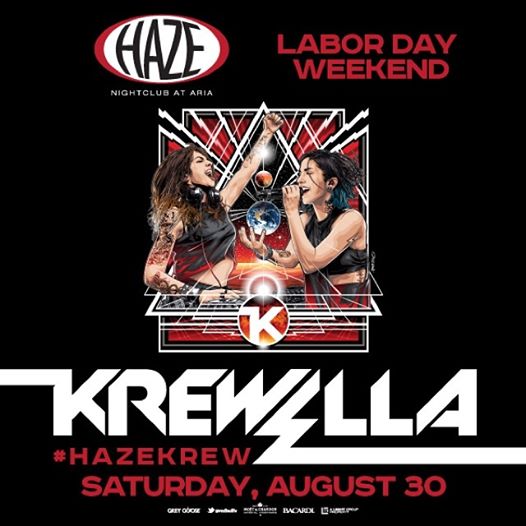 Vegas is the place to be this Labor Day Weekend.

Chicago's Yasmine and Jahan Yousaf along with producer Kris "Rain Man" Trindl, have forged a blazing trail through dubstep, house, and electro anthems that have crossed over into pop territory and won the young performers a spot on Good Morning America.

With hits like "Alive" and "Enjoy the Ride," the buoyant energy of this three-piece in undeniable, and they're coming off a whirlwind European tour, so their just hitting their stride this summer season.

To top things off, HAZE is known as one of the hottest nightclubs in Sin City, with multi-level magic that brings the best performers, producers, and theatrics to the exclusive party. If your krew is headed to Vegas for Labor Day, make sure you become part of the #HAZEKREW and party like professionals.

Make sure to grab your tickets now, because this is going to be one of the biggest bashes at HAZE all year!