Photo by: Juliana Bernstein (Get Tiny) 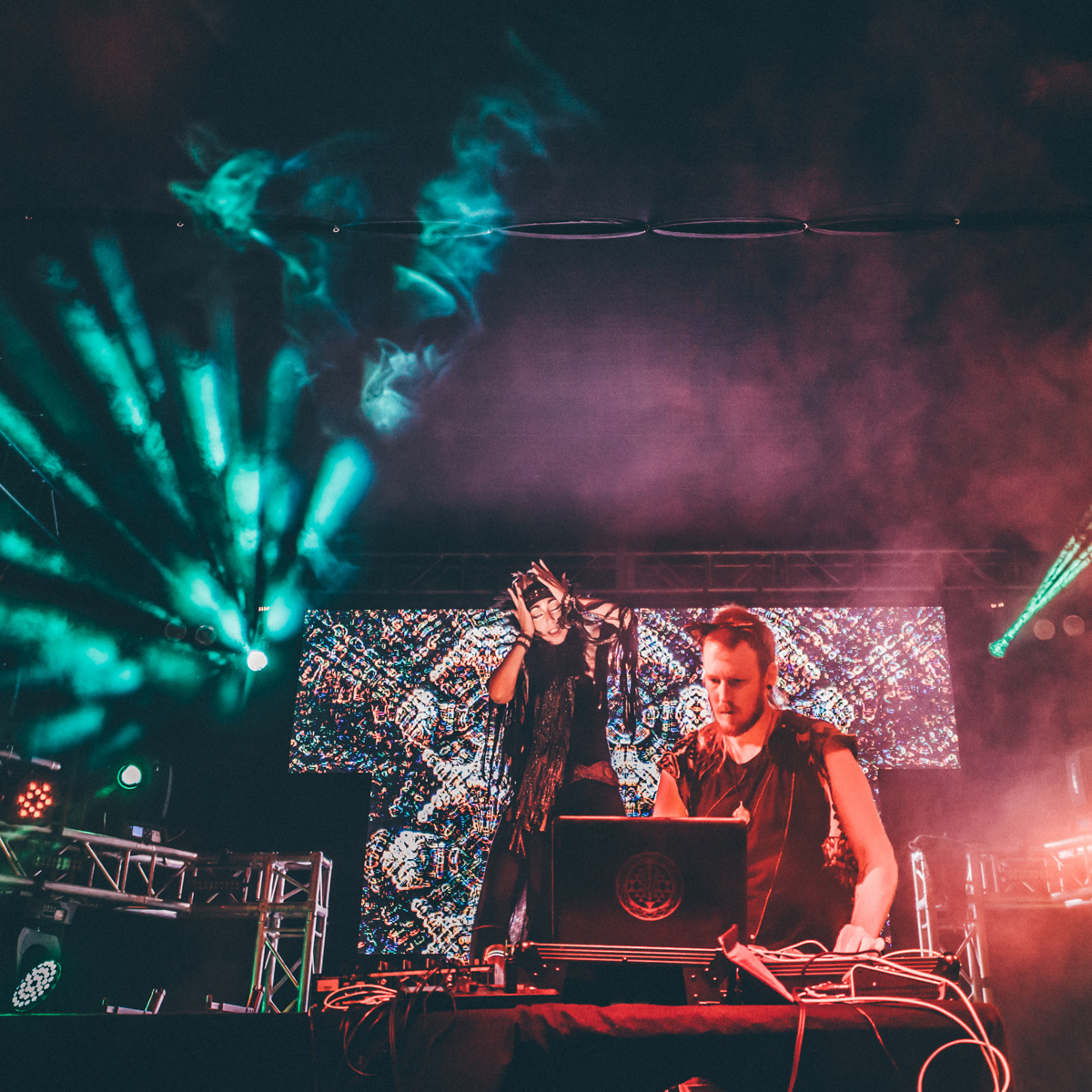 Australian auditory sensation, Yaegon Lamagaia, has been a staple in the electronic community for many years. Initially making his mark under his psytrance moniker, Merkaba, his side project, Kalya Scintilla, hit the airwaves shortly after and has been evolving since.

Psychedelic, tribal, and instrumental bass is his forte—Kalya Scintilla has a way of transporting listeners to a different plane of existence. Whether it is an inward or outward spiral, he has a knack for reaching the deepest parts of our consciousness through music. Last month, his release of Woodland Womp did exactly that.

This album has an archaic feel to it, allowing for our minds to visit a previous time.  “Lionize” and “HipGnosis” both embody a mythical and exotic vibration while introducing a pleasant amount of slowed down glitch. “Song of the Stones” and “The Question” share an ancient, rhythmic flow. To serve as the perfect epilogue of this tale, Scintilla closes out with a drumstep mix, “Manzanita.”

Throughout this six track EP, we explore the evolution of Kalya Scintilla’s production of the years while we are equally greeted with his always organic sound. Keep an eye out for his upcoming live, international festival performances in 2019.