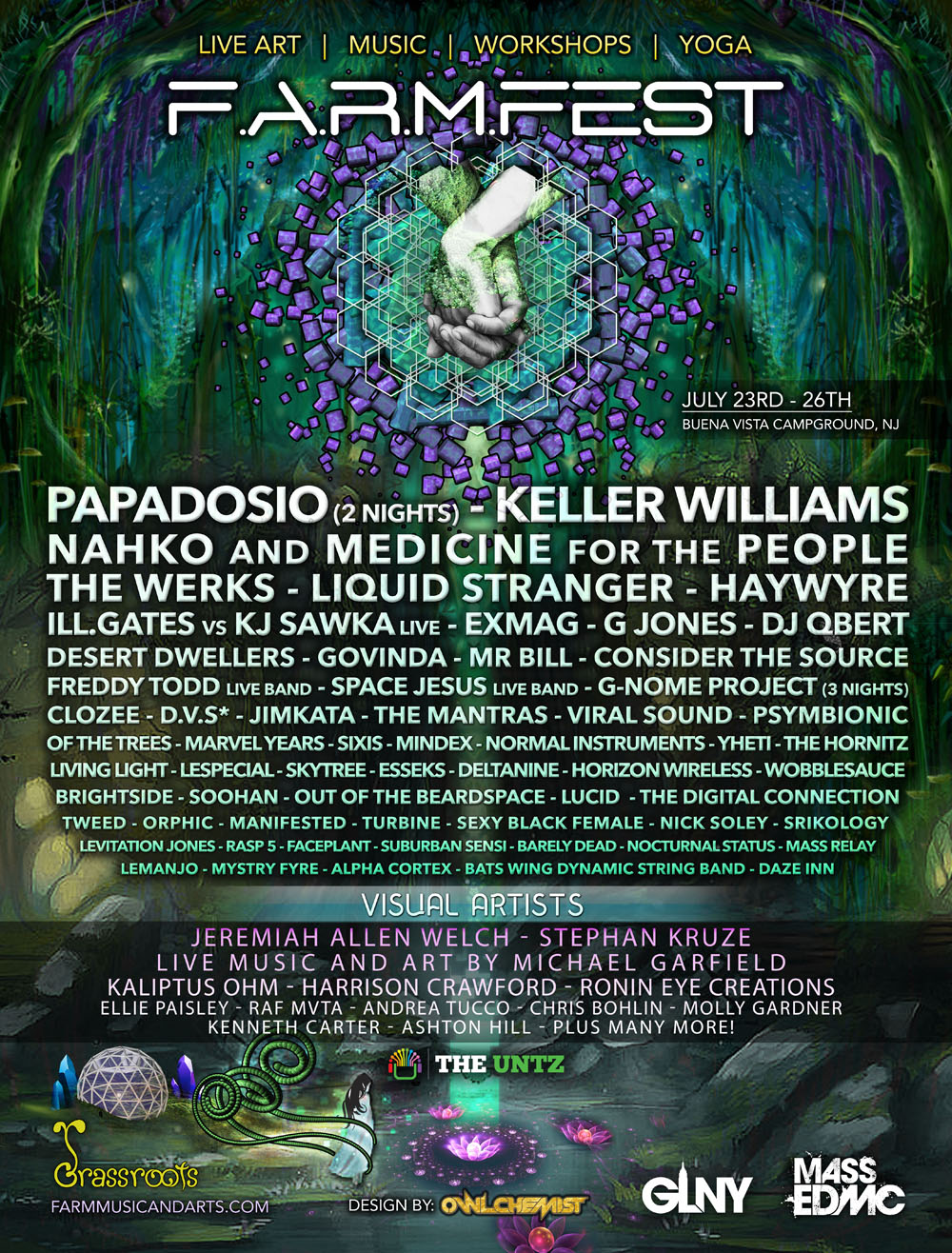 The Phase 2 lineup of F.A.R.M. Music & Arts Festival is finally here. After a prolonged wait, anticipation built until it spilled over the edges in the form of Nahko & Medicine for the People, The Werks, Desert Dwellers, and more.

The east coast transformational festival has outgrown its old location, and now moves to Buenva Vista Campground in Buena, NJ from July 23-26. The festival that already boasts two nights of Papadosio, as well as appearances by Keller Williams, Liquid Stranger, Haywyre, ill.Gates vs KJ Sawka, G Jones, Exmag, and DJ Qbert now adds three of the top touring acts in the country, as well as fun newcomers Mindex, SOOHAN, Yheti, among others.

As always, visual art and performance, speakers, and workshops are a big part of the proceedings. Now in its third year, the festival has grown immeasurably, and gained a reputation for bringing together a wide variety of musical artists, as well as fostering a positive environment for all sorts of advocates.

Visit farmmusicandarts.com to grab your GA and VIP tickets, which also come in a variety of package deals!