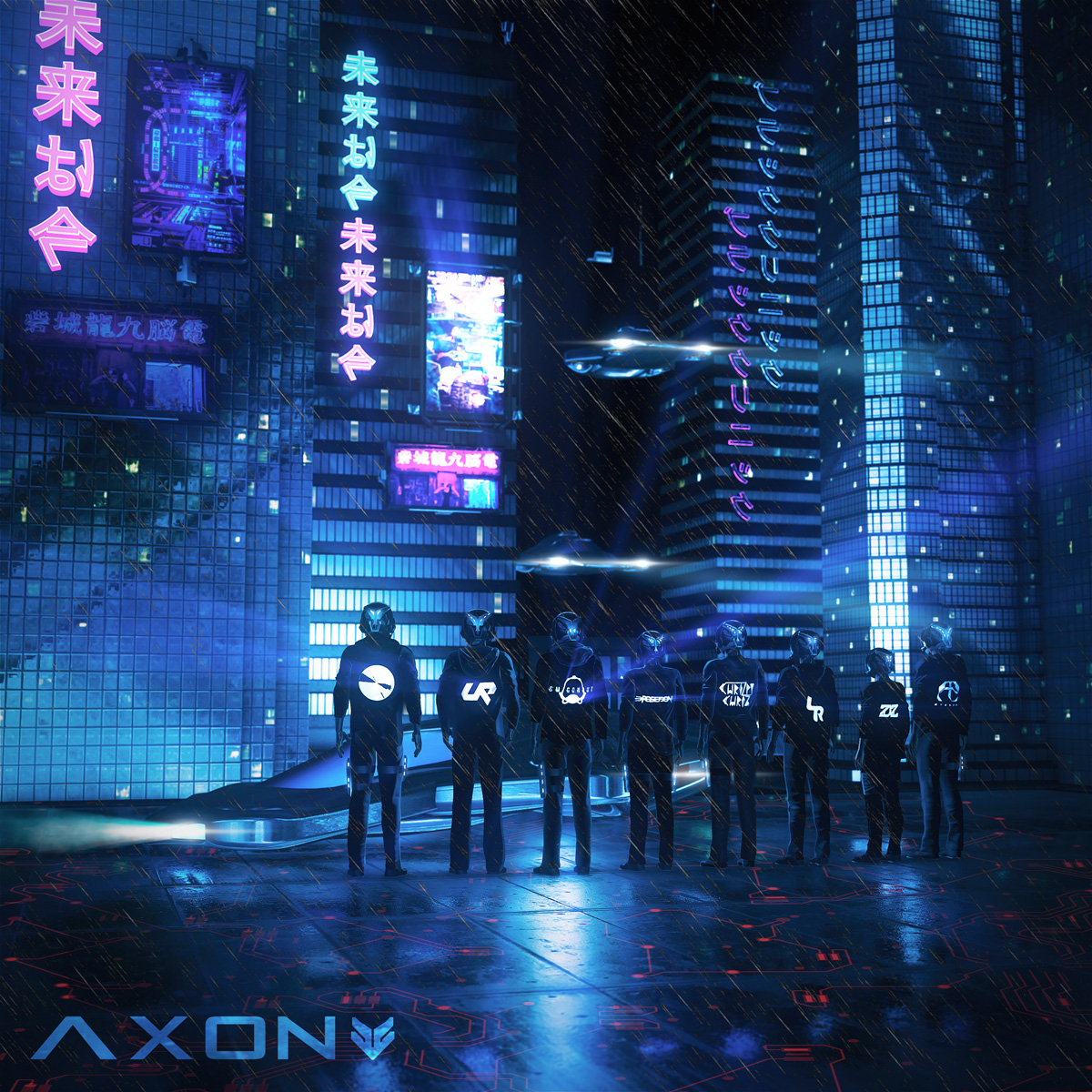 VALE is becoming the go-to label for experimental bass music that still contains the slickness of pop production. There's plenty of grit and grime in the nascent label's catalog, but the artwork, branding, and overall approach by the reinvented IDM outlet is wildly on-point.

Which brings us to the label's new compilation series, AXON. Volume I rockets us into a Blade Runner dystopian metropolis complete with a seizure-inducing video (that's a compliment to its creator, Ash Cox), and jaw-dropping artwork by ALTITXDE that features be-helmeted avatars of each of the comp's contributors.

Two of those contributors include Boston's DeeZ and Smigonaut. Many eyebrows were raised when we premiered the DeeZNauts brand back in October with the duo's collab “Escape Pod,” which became one of the most exciting tracks we shared last fall. Demand for another collaboration was high, and Andrew Widdecomb and Joshua Kipersztok delivered.

Today we premiere “Future Execute,” stylistically attempting to predict the future of club music with a blend of neuro and industrial elements. Both of these acts are known sound design wizards, but have undergone so much evolution over the past couple of years that it is truly exciting to watch.

Featuring others like Poseidon, ÆTERNA, and Uprising, the latest compilation, AXON Vol I is available for pre-order now ahead of its April 2 release.