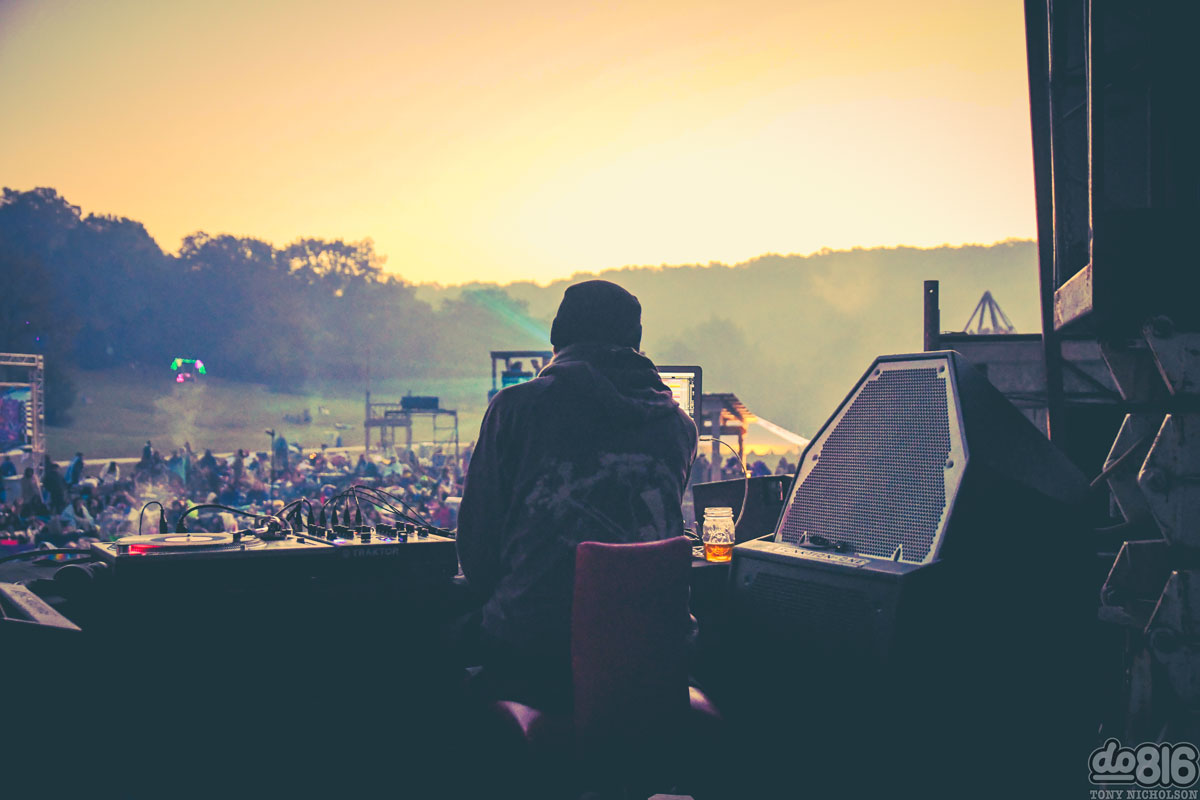 It appears sleep will be at a premium as the year winds down in the Bay Area.

Coalesce with Cosmic Synergy has released its schedule of events taking place over the course of December 29-31 in Richmond, California, site of the Craneway Pavilion and home to the most expansive and comprehensive psychedelic New Year's Eve event to ever hit the west coast.

For three nights (including an after party out on a boat), the Craneway will host some of the most revered artists in glitch, dubstep, and cutting-edge bass music from around the world, and so many of our favorite crews are getting in on the action. Now that the schedule is available, it's clear the wall-to-wall programming leaves little room for error. Show up early, stay late, and keep hydrated, because it's going to be a long three days.

Did I say three days? That's actually a bit misleading. Festivities truly kick off on Friday, December 28th, with a pre-party at The New Parish in Oakland, California, featuring none other than drum & bass god Emperor, The Untz Festival alums DMVU and Of The Trees, and rising stars, Bricksquash. 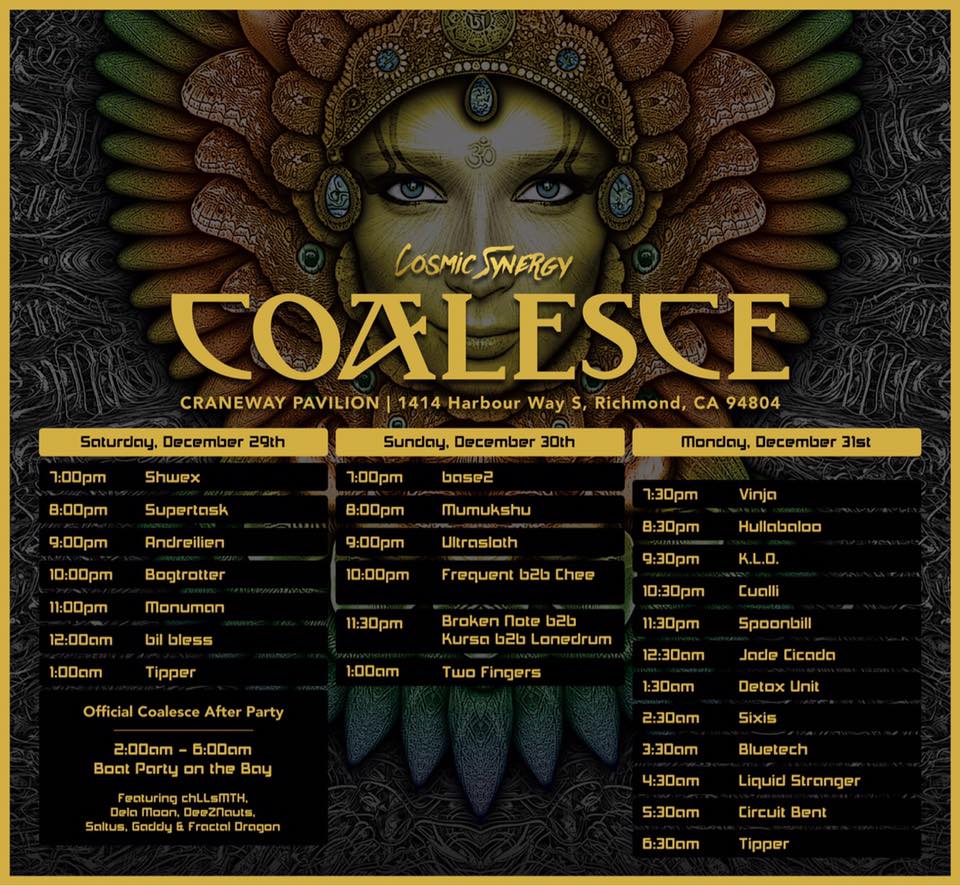 Then things really get underway on Saturday, December 29th with Shwex, Supertask, Andreilien, BogTroTTeR, (Emperor's alter ego) Monuman, bil bless, and a high-powered Tipper set. After that, it's out onto the Bay with a special chLL sMTH set (kLL sMTH's smoother, downtempo side project), future UNTZ performer Dela Moon, DeeZNauts, Saltus, and more.

Then it's rinse and repeat the next night with base2, Mumukshu, (another future UNTZ duo) Ultrasloth, Frequent B2B Chee, a SLUG WIFE special Broken Note B2B Kursa B2B Lonedrum, and the iconic Amon Tobin closes things out with a rare Two Fingers DJ set.

Finally, the last night is an absolute doozy with Vinja, Hullabaloo, K.L.O., Cualli, Spoonbill, Jade Cicada, Detox Unit, Sixis, Bluetech, Liquid Stranger (his only downtempo set of the year), Circuit Bent, and closing things out with a Bayside sunrise set from Tipper. Even though I see all these acts laid out in front of me, I still can't really believe it. This is a gift from the great beyond.

Tickets are still available for each of the three nights, but the boat party is totally sold out, and the pre-party is moving quick. You don't want to miss any of the action. Trust us on this one. This is a once-in-a-lifetime lineup that will set your 2019 up right. Don't screw up your first decision of the New Year. 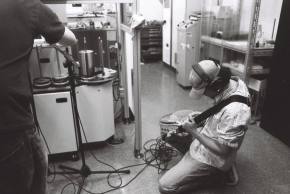