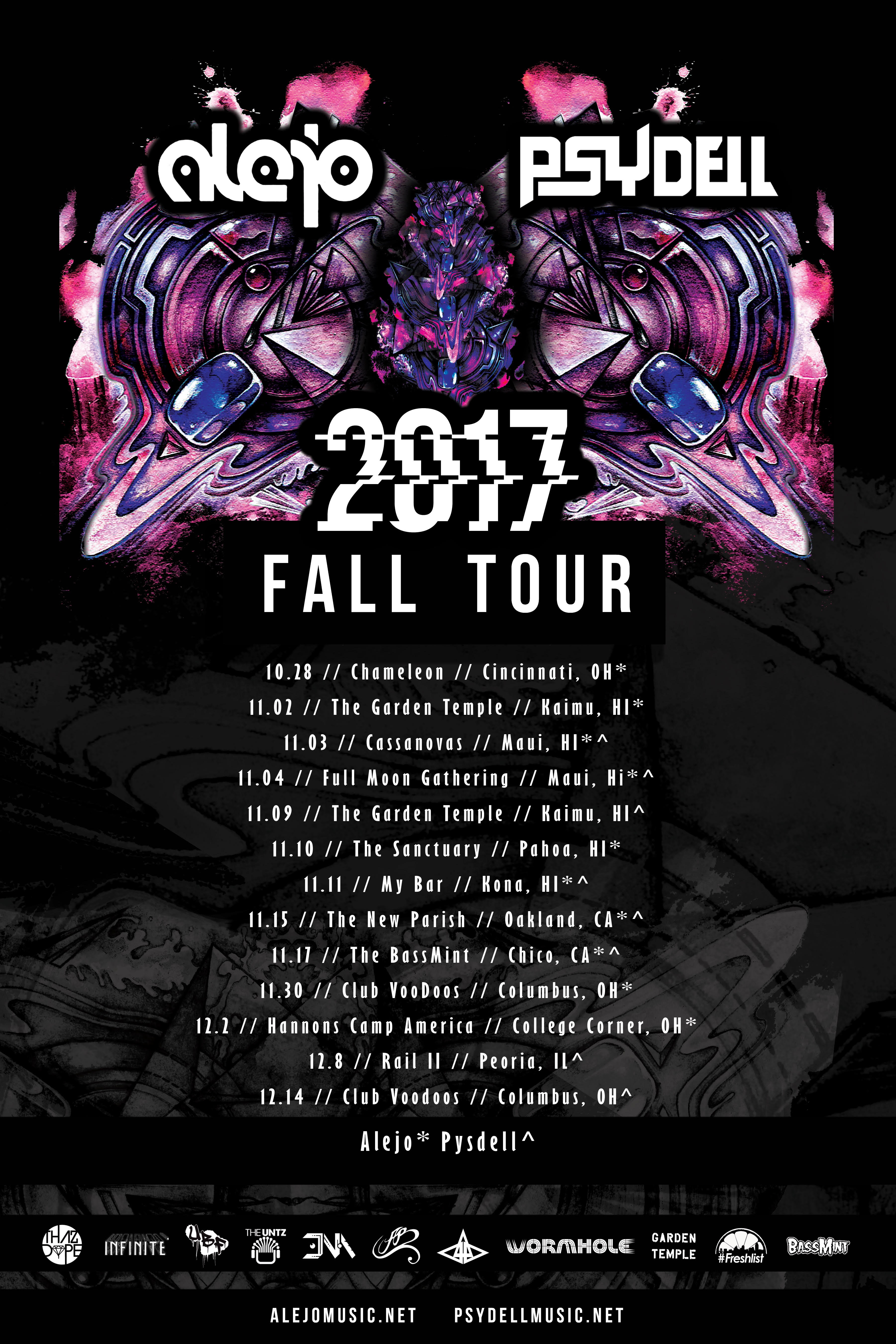 Anyone who has kept tabs on us knows that we have an unhealthy obsession with Alexander Hinger. We'll take literally any opportunity to blast out Alejo's tunes to the masses.

The midwest glitch-hop, dubstep, and psychedelic bass producer has been a huge part of the ThazDope Records movement, and its rise to power. He was one of the anchor acts who held it down on the ThazDope stage at The Untz Festival this past summer, and he even did a surprise B2B set with his tour mate and longtime collaborator Psydell for Sunday's sunrise.

Today, we premiere the title track to Alejo's brand new EP, which drops November 14 on Wormhole Music Group. The 6-track collection, Anomalous Shift, represents a similar shift in Hinger's sound towards a darkier, meatier variety—still psychedelic, but with a far heavier flair. “Anomalous Shift” has a thick, neuro slap that really drives home every snare and synth. It's a UK bass fan's little slice of heaven from the soft-spoken sonic wizard from Ohio.

Speaking of Wormhole, Alejo celebrates his EP release the next day at Wormhole Wednesday at The New Parish in Oakland, California with the aforementioned Psydell and glitch god Freddy Todd. Our Wormhole partners have known about Alejo long before The Untz Festival, and are super excited to have the innovative producer on board. That's going to be one hell of a show.

Catch Alejo and Psydell all over the Hawai'ian islands this fall.