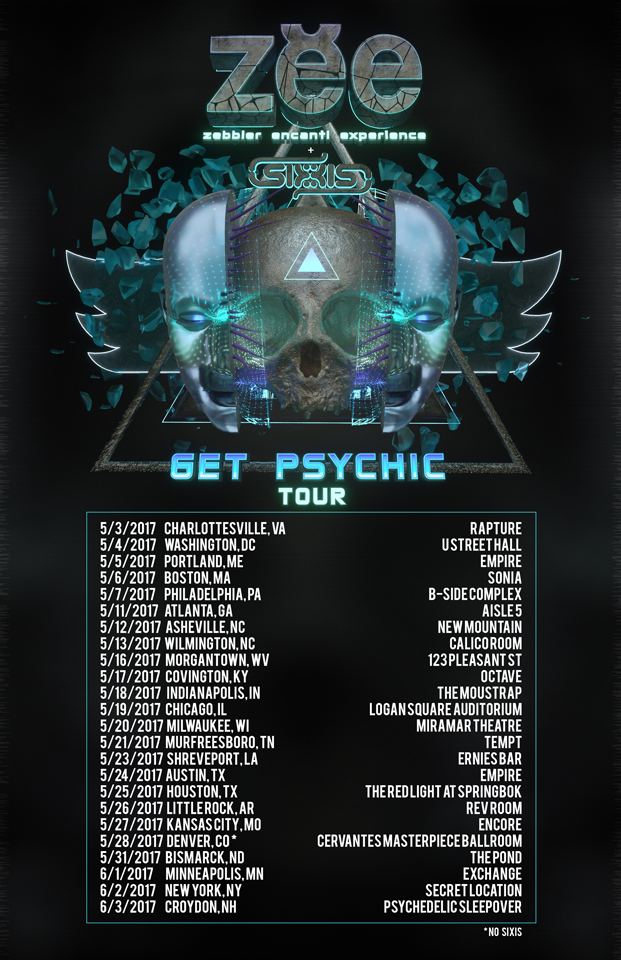 The psychedelic bass goddesses are smiling down upon us. Zebbler Encanti Experience and Sixis today announced they will be going on a massive nationwide tour this May. The psytrap duo from Boston and the glitchy bass producer from the Bay Area are teaming up for a slew of dates this summer that will cover the northeast, southeast, mid-Atlantic, the midwest, and hit Texas and Colorado, as well.

ZEE got some major points last year after its big summer tour, during which Bassnectar was simultaneously dropping their huge hit “Inner G.” Powered by mind-bending sounds from Ben Cantil, and sporting the dazzling ZEEggurat stage setup from the same mind that brought fans EOTO's Lotus and the Shpongletron, VJ Zebbler, the Experience is certainly something to behold in the flesh.

Just this week, Sixis dropped his new EP, The Last Question, on Shanti Planti. We've been keeping an eye on him since he played The Untz Festival last year and also hit the Florida spectacle known as Tipper & Friends at Suwannee. He's been impressing fans from coast-to-coast, and this major U.S. tour follows up the big Australian tour he just finished. This guy is tireless!

The GET PSYCHIC tour kicks off May 3 in Charlottesville, Virginia, making stops in Chicago, Denver, Austin, and more along the way. It caps off at Psychedelic Sleepover in Croydon, New Hampshire with Minnesota, Kalya Scintilla, Whitebear, and more.