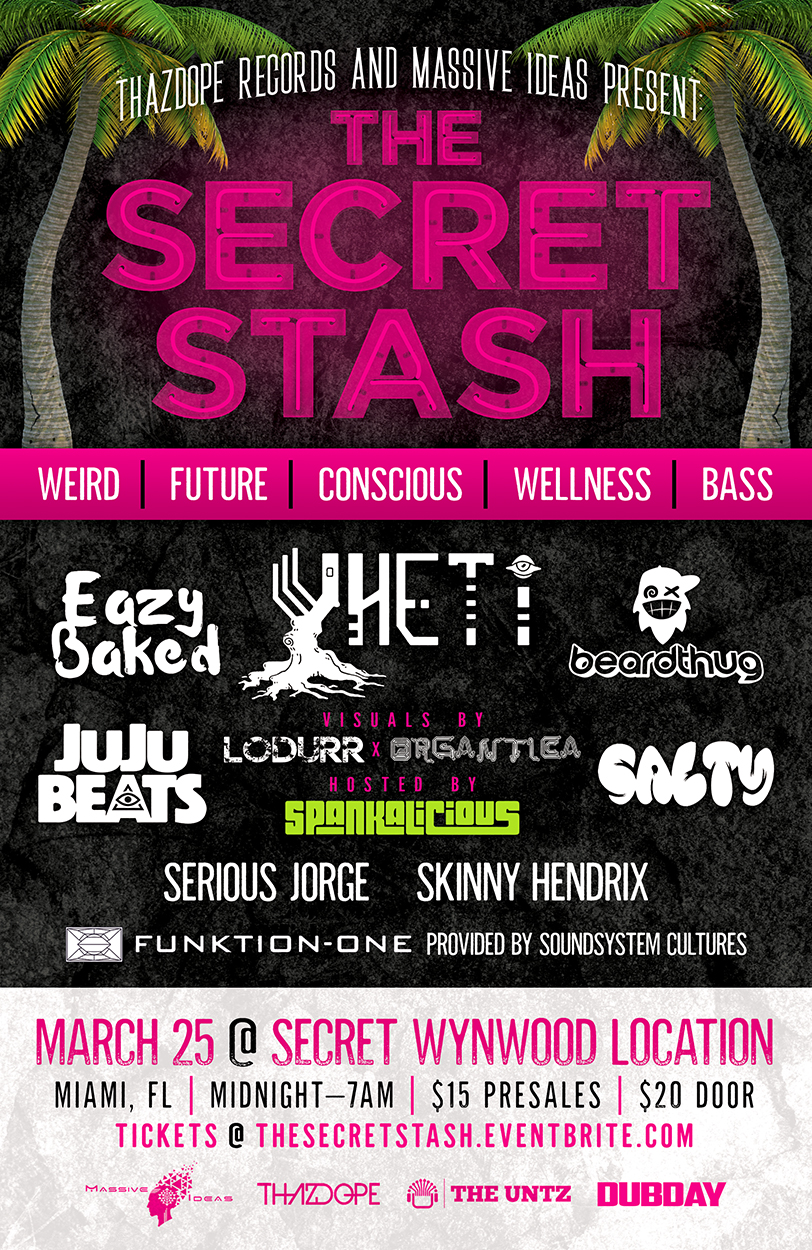 If you find yourself in Miami, Florida for Miami Music Week next weekend, keep your nose to the ground for a party we can certainly get behind. Our partners with The Untz Festival, ThazDope Records, are teaming up with Massive Ideas and Dubday to throw a late night monster of an event that's got absolutely smeared from head to toe in our favorite acts.

At an undisclosed location in the Wynwood neighborhood of Miami, this party will kick off around midnight and run until 7am, so rest up, because this is going to be one crazy night—technically morning, I guess.

Dubday and Massive Ideas have teamed up for Dubday Monday, a weekly running all March long and hopefully beyond at 1306 in Miami. Tonight's edition features Kaminanda, Afro Monk, Matt Carey, Seven D, and residents.

Remember, you can catch Yheti, beardthug, Eazybaked, Organtica, JuJu Beats, and LoDurr on the visual eye candy at The Untz Festival from June 3-4 on the ThazDope Records stage. The huge Wake The Nation tour also rolls ThazDope acts across the country in May on their way to our festival in Mariposa, California at the beginning of June. Make sure you jump on our Early Birds before they're gone March 15.