After brief hiatus for Thanksgiving, the Wobble Women series is back with more incredible women kicking ass and shooting flames. If you have a suggestion of who we should profile next, please drop us a line at support@theuntz.com or post them up in The Untztoppable Facebook group. 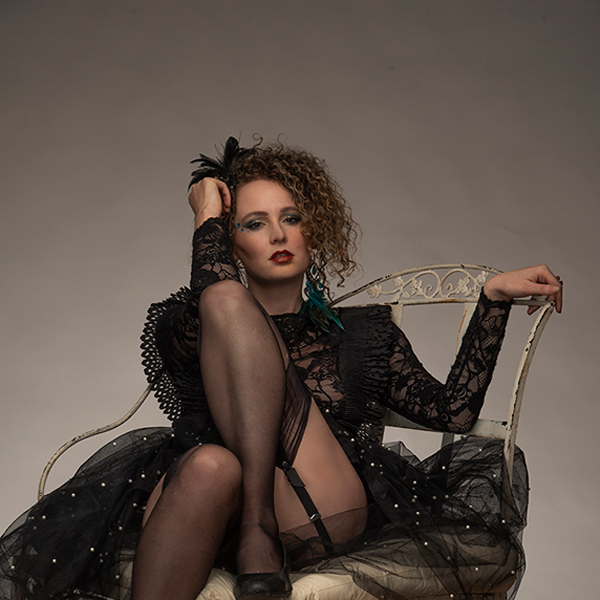 Damask Pamela Schantz, originally from Portland, Oregon, brings her talent to Brooklyn once a month throwing H<3art Beats events that feature women DJs, singers and live dance performance by the Bass Ballerinas. H<3art Beats is an innovative NYC arts collective that is breaking convention and creating a new normal in the underground bass community.

The creative and production team all have female department heads, including Schantz’s co-founder Ashlyn Fulton, H<3art Beats live singer Ashley Charmae, and head booker Adelle Molina (who not only has deep knowledge of EDM artists, but also is on her way to a PhD in Marine Science).

Schantz first entered the EDM scene in 2013 where she threw events at local clubs in Portland, Oregon and promoted for music festivals. Her career really kicked off when she moved to NYC and began going to the famous, now closed, Greenwich Village nightclub Webster Hall. 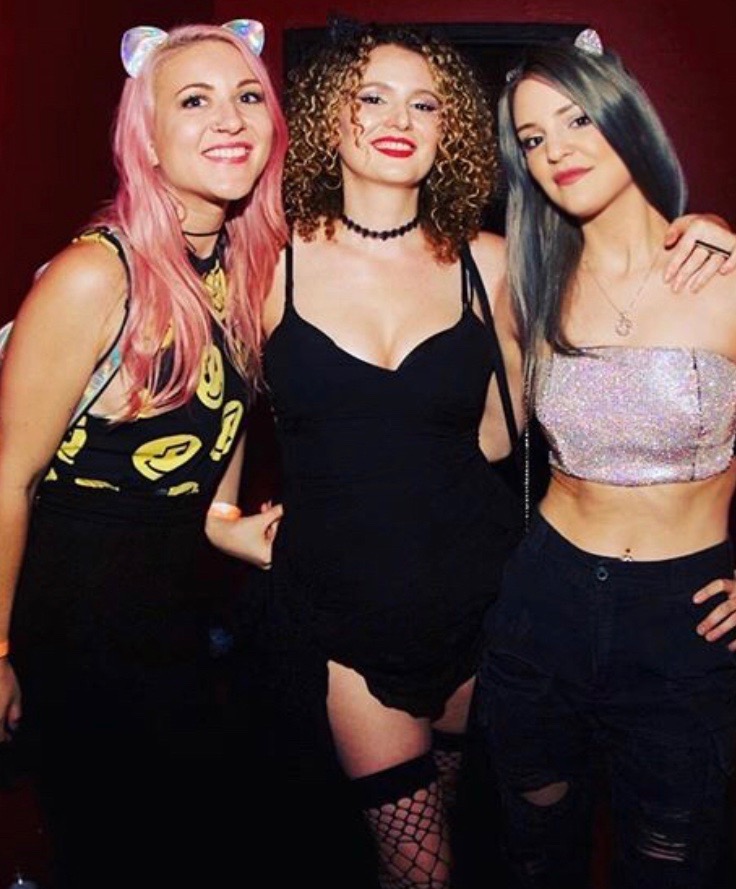 “I was there every weekend and produced my New York debut event featuring EPROM at Webster Hall which was an enormous feat having lived in NYC for only four months,” explained Schantz. “It was at Webster Hall’s BASSment where I met the bass music community that included Ashlyn Fulton who would become my best friend and partner in NYC production.”

“What motivates me is the fact that people want H<3art Beats,” said Fulton, adding that “They want the weird bass music. They want the theatrics and the immersive experience. They want to feel included and welcomed. They want something different, and that’s precisely what we’re giving them. H<3art Beats is unlike any other bass show in NYC. And to be an integral part of that feels fantastic—I’ve never felt quite like this in my life.”

Ashley Charmae, resident singer of H<3art Beats, is newcomer to the underground bass scene NYC but has always been interested in music. “I grew up listening to hip-hop and always had a good singing voice,” explained Charmae. “When I was in Seattle, I started singing hooks on rap songs. I moved to Portland, Oregon and joined a hip-hop jazz band and started going to music festivals and singing top lines on EDM tracks. I then moved to New York in Feb 2018 and went to music production school in Brooklyn. While I’ve been in New York, I’ve made great friendships and connections with many well-known and talented DJ/producers in the scene and have some exciting collaborations releasing soon.” 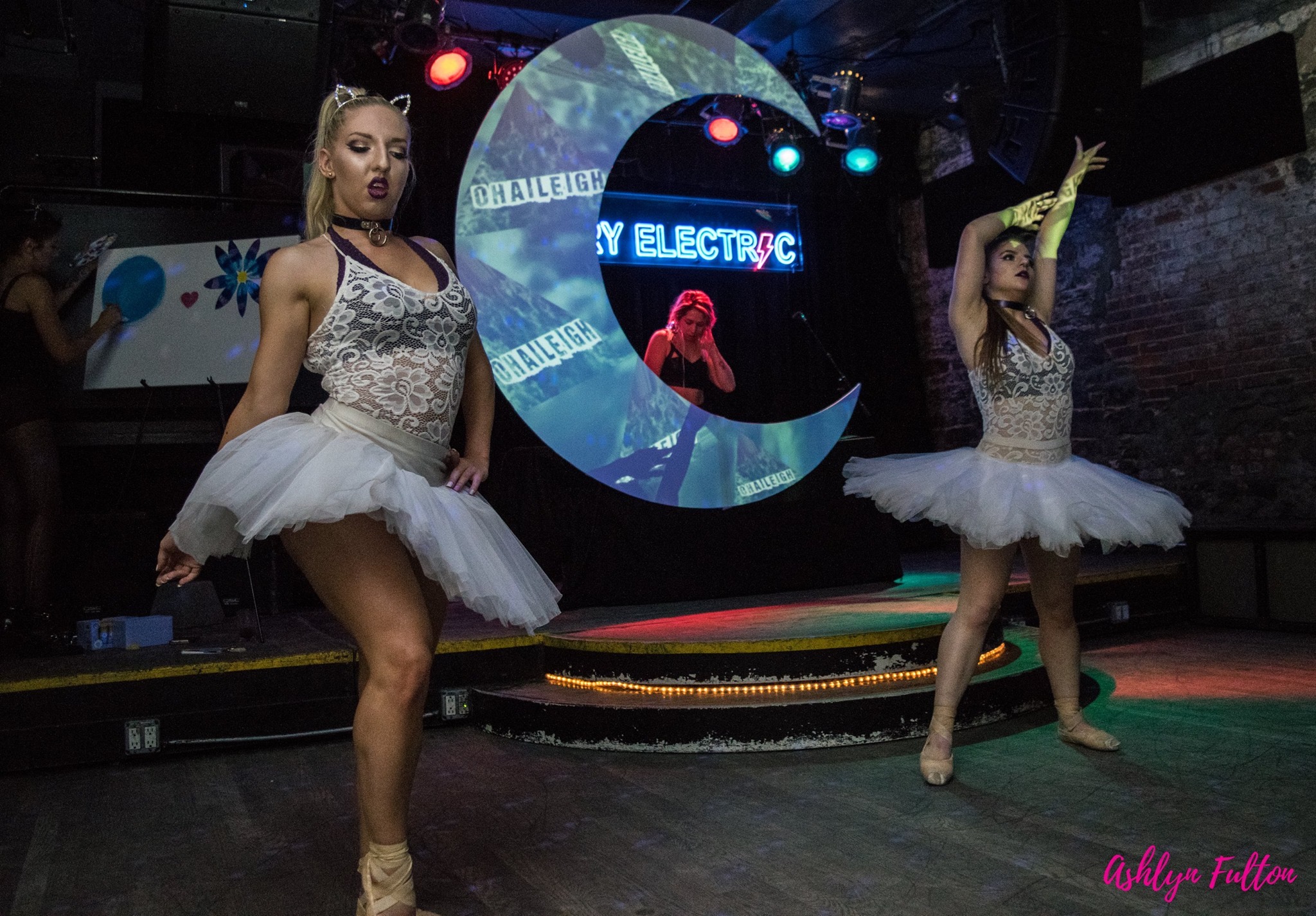 Women helping other women is definitely the backbone of H<3art Beats. Schantz admires the work and motivation of her coworkers.

On Charmae, Schantz said, “I had a vision when I met her and heard her sing for the first time. I thought, she would sound so great on an EDM track,” adding that, “She came to visit and sang for the first time in front of a live audience at the EPROM show I produced at Webster Hall.

“Two years later she moved here and has been singing live at H<3art Beats shows ever since. Watching her career take off has been so exciting.”

Schantz and Fulton’s first show together was called EVE with only female DJ’s. It was at this performance where they got their big break, “we caught the eye of our friend and mentor Alex English who was able to get us our first venue deal, the Knitting Factory and help us to re-brand. We became H<3art Beats and the rest is history,” said Schantz. 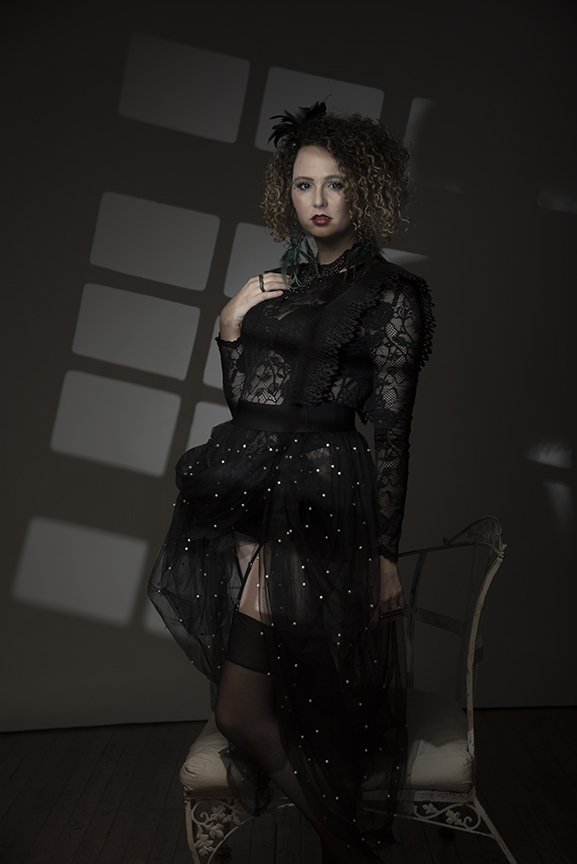 “Alex English has always inspired me since he curated the best parties in the world at Webster Hall called Girls + Boys, added Schantz, “He has been an incredible resource to me and has always looked out for women with his bookings, management, and mentorship. Deanna Finish, the founder of Beyond Dope is an incredible inspiration to me as well as Amanda Bociek a.k.a Beat Kitty who is community driven DJ that I admire a lot.”

What’s Schantz’s biggest piece of advice for women who want to create a career in the music industry? Confidence and planning,“You can do anything you want to do. You are powerful. Make a timeline of where you want to be in three months, six months, one year, and two years. Take the small steps to get there over time. Be okay doing flyers for that venue to get your start, operate the door, pay your dues. The doors are open ladies, just walk through,” said Schantz.

“It’s a very exciting time for women. My best friends are Ashlyn and Ashley, and we all get to work in the music industry that we love. I hope that I am considered a role model to the women in my life. On the side of the music industry, I have started my own stem cell company called Flocell,” added Schantz.

How does Schantz handle situations where gender is talked about in a work environment? She gives us her perspective on handling roadblocks: 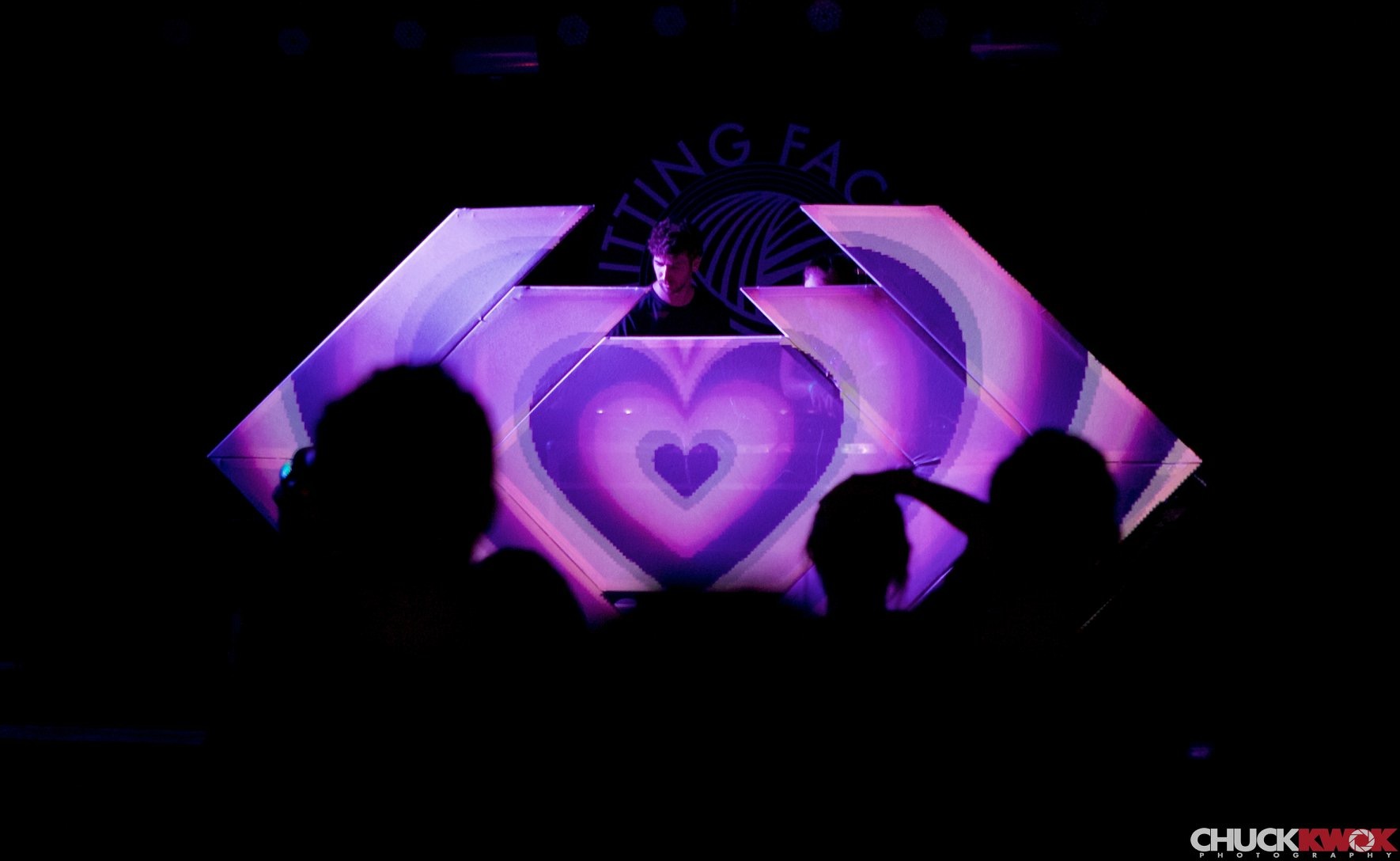 “#Metoo changed the game. Thank God because I too have my own #metoo story from Portland. My advice is to not care if anyone 'likes' you. I know that sounds hard to commit to since it’s also one of my main motivators. What I have learned is that they don’t have to 'like you' to work with you. Combine forces with other women and start to make some waves around consent.”

When Schantz is brainstorming, she likes listening to “very chill, melodic music that helps me to work and think or clean more effectively,”adding that, “I am blessed that I recently was able to see my favorite artist Edamame at Shambhala this summer, and now we will be featuring him at the H<3art Beats show in 2019. I listen to his mixes all the time at home.” 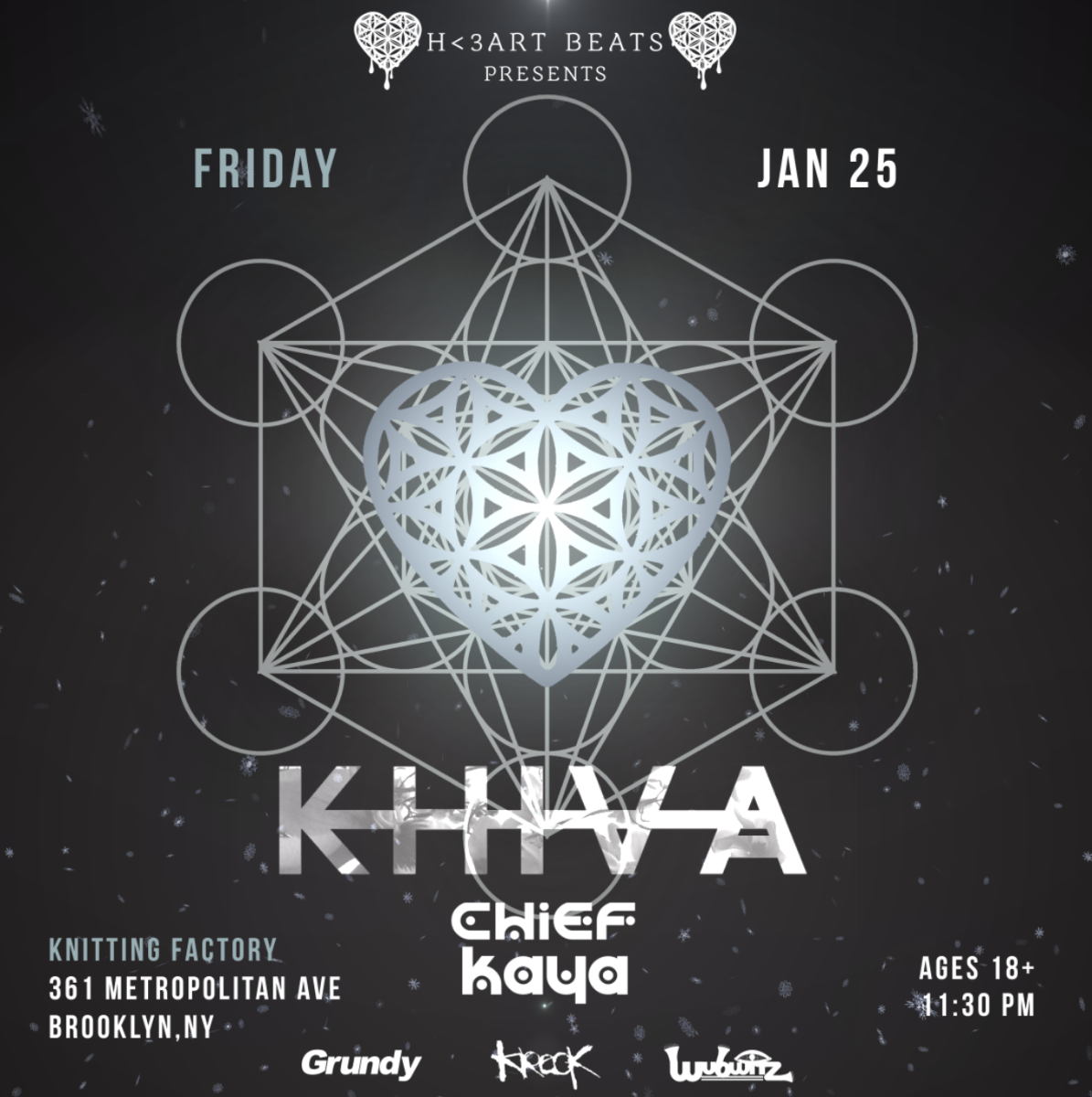 Occasionally Schantz will take her cat for a walk in the park for some fresh air and new perspectives, “She [cat] hates it actually, but I think it’s still good to get her out of house because she is very fat.”

Less than a couple months away, H<3art Beats will be producing a very special event. Schantz gives The Untz the scoop: “January we have our first female headlined show featuring Khiva! It’s her New York debut. February and March are looking solid, and April will be our all-female H<3art Beats Spring Soiree. We hope to make the event a big celebration to welcome spring back into our lives.”

On January 25th, H<3art Beats Presents: Khiva, Chief Kaya & Grundy at The Knitting Factory in Brooklyn, New York. For more information on their next show, check out the FB event and for future events stay connected to H<3rt Beats on Facebook. 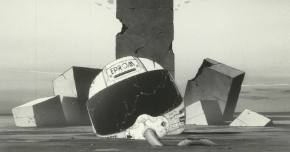 EPROM lays waste to the bass landscape with Drone Warfare