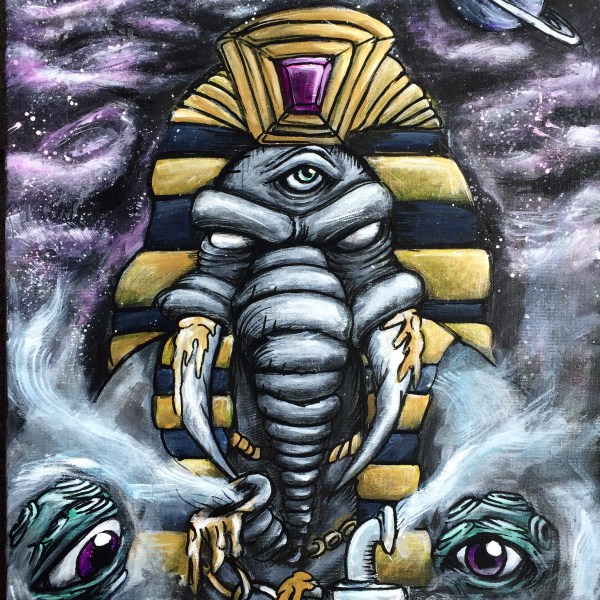 Two young provocateurs in the burgeoning Weird Bass scene are going out on tour. Levitation Jones and Toadface have been building their brands over the past couple years, and now the pair is pressing out into the big wide world armed with dangerously psychedelic beats.

Rhode Island's Levitation Jones made his way onto several transformational festival and club dates out east this year, throwing some trippy tunes out at the same time. The latest is a collaboration with illanthropy dedicated to the lumpiest of Adventure Time heroines.

Really coming into his own in the past year, Toadface released new music with Yheti and hopped around the country with him, impressing fans with his swampy sound.

The duo is joined by intergalactic visual artist Raf Mata, who in addition to live painting these shows, has developed a unique new stage design to centralize the audience's wandering third eye during these bonkers sets. Expect tons of collaboration and plenty of drippy bass when these three hit the road next month.