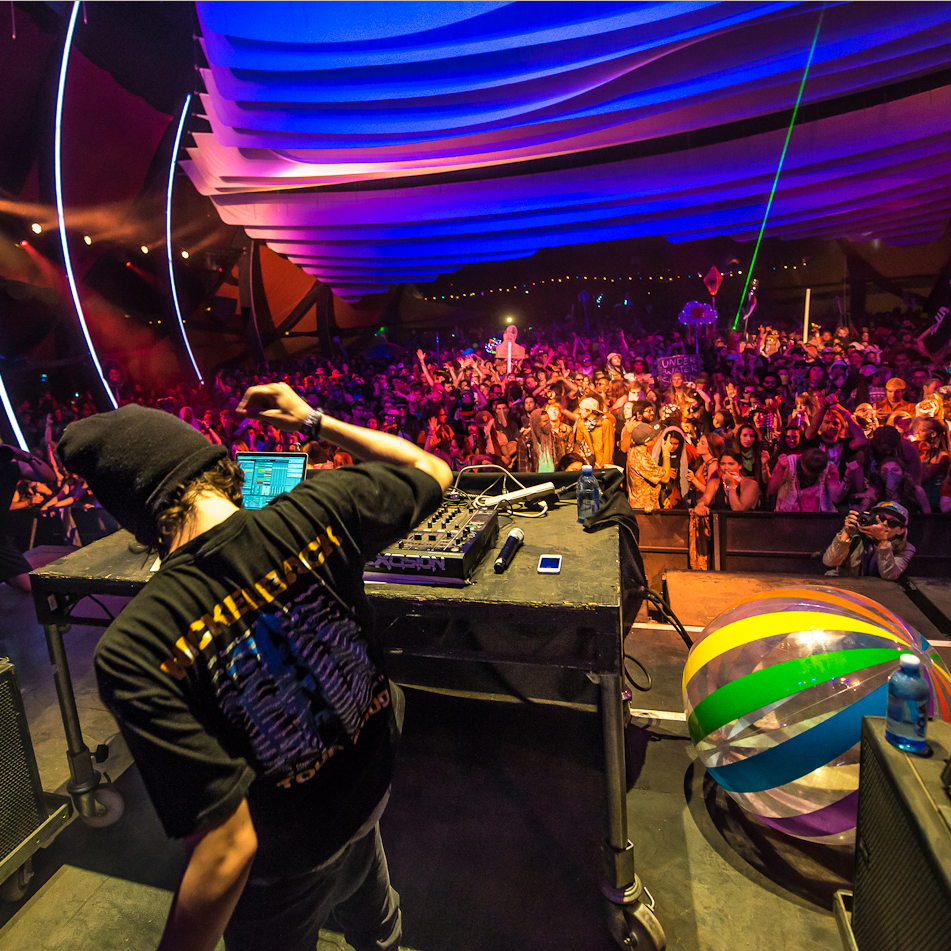 This is the dawn of the Weird Bass movement.

In a scene saturated with the same tones, repetitive drops, and dull slogans like "lit" and "turnt" there is something pulsing on the horizon. There is a new sound blossoming within the bass music community. Something monstrous, strange, and eccentric. In this case, "weird" is hardly pejorative, but more accurately illustrates the embrace of rule-breaking, risk-taking, and sonic exploration.

With acts like G Jones, Space Jesus, and Tsuruda gaining widespread popularity, this sound is captivating the scene. Whether it's late night sets at heady festivals or your local 300-cap venue, weird bass is gaining plenty of steam. Stages are packed, venues are at their limit, and commercial promoters are scratching their heads.

What is driving this rise in popularity?

Some may argue that Tipper was the catalyst for this sonic movement. We started to notice a turn right as he knocked out electric performances at Wakarusa and Infrasound before going under the knife for critical open heart surgery during the summer of 2013. He has been a legend for years, but only recently has begun to get the attention he deserves, rising to the top of major festival lineups and selling out Red Rocks this year. His experimental sound is giving new producers the freedom to go wild. Now, at almost every festival there is an oddball act somewhere on the lineup. With this newfound confirmation that people will go wild for this type of bass, it has given the green light to many DJ's and producers to experiment. The snowball is just about to start rolling.

We're starting to see a mainstream acceptance of these left-field acts across the board. Our favorite slimefunk slinger Freddy Todd had been operating at the fringes of the scene, but Gramatik brought him on board his Lowtemp label, and just today, his childhood friend and long-time collaborator GRiZ announced he'd be joing the All Good Records family with an EP due out this fall.

Interestingly enough, it's actually one of the scene's biggest superstars who has intentionallly or unintentionally been one of the biggest proponents of the movement. Bassnectar tapped both Tipper and G Jones for last year's NYE celebration in Nashville, and this year has G Jones and Yheti on his big Grand Rapids Halloween extravaganza. He chose a much more conservative lineup of The Glitch Mob and Paper Diamond for this year's NYE360 move to Birmingham, AL, but that might be telling in its own way. Regardless, the people who were giving Lorin Ashton weird stares a decade ago are now his biggest fans, and perhaps the Sultan of Smash feels a certain kinship towards these kooky acts.

While many of the artists we'd identify as members of this movement like Freddy Toddy and Mr. Bill come from a heavily glitch-hop influenced background and catalog, many of the more eccentric acts in this realm are approaching their sound from an experimental trap route. There are even artists from a strictly hip-hop background, and those who are so new, it just appears as though they were born in outer space. While dubstep rocketed into the mainstream pretty quickly (relatively speaking) once it crossed the pond to North America, we question whether this off-kilter brand of sonic disruption has an equal chance of crossing over.

A few enclaves have arisen both as predecessors to this movement, as well as melting pots and breeding grounds for this wildly inventive new sound. Out west, Wormhole Wednesdays have been holding it down with their weeklies and compilations which have cultivated and aggregated some totally out there stuff from its Oakland home base. Spankalicous (a longtime producer of so-called "psychedelic bounce") and his ThazDope Records crowd have nurtured acts like Yheti, Toadface, and Psydell in the midwest. Even Europe is a hotspot for this futuristic fusion of sounds, finding homes at Robox Neotech and Saturate Records for several of the artists on this list like Pleasure and Doshy. And without a doubt, you'll find that a lot of this stuff was born out on the Playa. We don't really feel the need to explain why Burning Man is an epicenter of totally bonkers bass music. 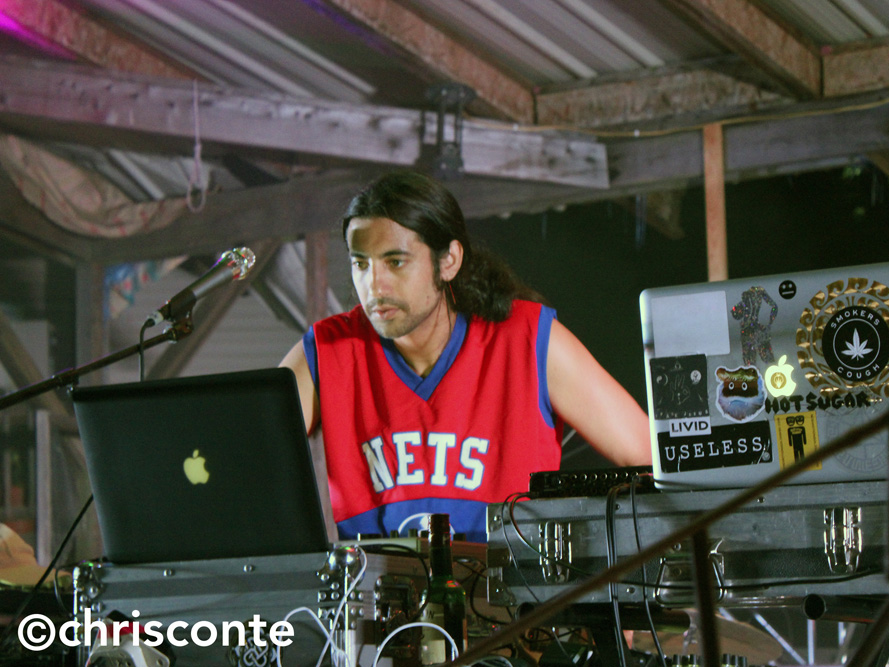 The monumental dudes spearheading this movement are G Jones, Yheti, Shlump, and the super secret super group Schlang, comprised of Space Jesus and Supersillyus. But there are many more beyond that, and the great news is, they all have a tendency to work together and collaborate and remix and hype each other's work. They are creating sounds and vibrations no one else would ever dream of. It's on a psychedelic and higher consciousness level. It incorporates strange samples, noises from obscure places and sounds from different planets all accompanied by heavy bass. This movement is building upon this new age mindset and using those vibes to create really interesting soundscapes. Not only does this genre satiate your trippy needs, it's also super heavy. So you get this compelling juxtaposition between transcendental vibes and neck-breaking bass.

As with most trends in music, things can become stale. The bass scene needed some rejuvenation. Yeah, we all like heavy shit, but we needed some more depth to push us in a new direction. Weird bass is that boost. The mystical balance of obscurity and head banging is that breath of fresh air. It's for the psychonauts who operate on a higher frequency, but also love to rage.

And for all the serious bass heads out there, the title of an um..'s EP offers the best advice: pay attention.

Just to make sure you're aware of who's on that Weird Bass tip, here are the choicest offerings we could assemble.