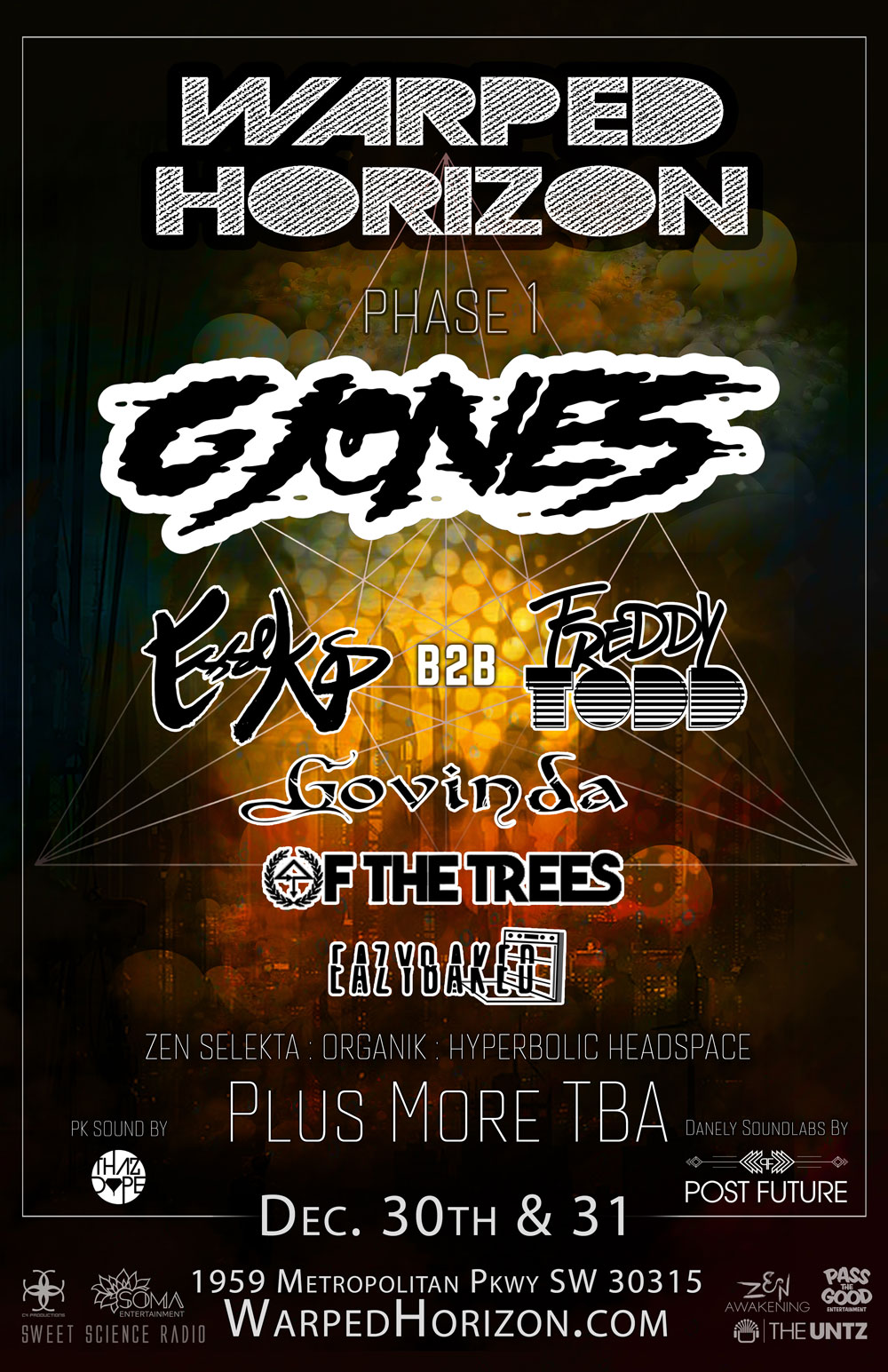 The bass heads of the southeast are uniting. Bringing together some of the most exciting and innovative promoters in the region, Warped Horizon will give fans in Atlanta, Georgia something to keep them occupied into the wee morning hours of December 30th and 31st as this year winds down.

Long a fixture of the bass scene in the southeast, Atlanta gets some extra shine on this year as a certain Sultan of Smash visits the giant arena down the road. On the late night tip, fans will get to feast their eyes and ears on the best sound and production possible as two rooms go two nights with some super cutting edge acts.

G Jones headlines the event with Wakaan foot soldiers Freddy Todd and Esseks going back-to-back. Psybass favorite Govinda will be performing, as well as Of The Trees, Eazybaked, and a slew of regional favorites like Zen, Organik, and Hyperbolic Headspace.

This event brings together Sweet Science and SOMA Entertainment, based out of Birmingham and Charlotte, respectively, and no strangers to the after party scene. They team with C4 Production, as well as ThazDope Records and Post Future (who will be supplying the PK and Danley rigs, respectively), as well as your favorite festivals: Pass The Good, Zen Awakening, and of course, The Untz Festival.

Tickets are on-sale now, and we suggest you snag those up instead of waiting around for Phase 2, which will pack even more of a punch.