The second phase of talent confirmed for the 2013 ULTRA MUSIC FESTIVAL taking place March 15-17 and 22-24 during Miami Music Week, has been unveiled with what is undoubtedly the most diverse, forward thinking line-up ever billed in the event’s 15 year history.

Set to shake the revamped ‘LIVE STAGE’ to its very core, the next slew of LIVE acts confirmed includes AZELIA BANKS, FAITHLESS (Live DJ & PA Set), SLEIGH BELLS, SNOOP DOGG and THE WEEKND. Joining the likes of THE BLOODY BEETROOTS, BOOKA SHADE, BOYS NOIZE, CRYSTAL CASTLES, deadmau5, DISCLOSURE, DJ FRESH (LIVE), HOT CHIP, MAJOR LAZER, MATT & KIM, MODESTEP, RUDIMENTAL, THIEVERY CORPORATION and YEASAYER announced in Phase 1 at the beginning of the year, it’s safe to say that never before has an electronic music festival offered so much variety and such an array of top live talent than this year’s fifteenth edition of ULTRA MUSIC FESTIVAL.

"In celebration of Ultra Music Festival's double weekend and 15 year anniversary, what we've achieved with this edition's ocean of talent and stage production is we feel unprecedented. As the industry we work in continues to explode, with so much talent emerging and the taste of our consumer changing in the process, diversity was key," says Russell Faibisch, Ultra Music Festival Founder, Executive Producer, CEO & President.

"We've never put so much time and effort into programming an event as we have for this year's Ultra Music Festival. We truly hope everybody attending this year will value and more importantly enjoy the unique experience we've worked so hard to create," adds Adam Russakoff, Ultra Music Festival Executive Producer, Director of Business Affairs & Talent Buyer.

There is more. ULTRA have also announced the incredible array of arenas set to appear over the two weekends this year. It wouldn’t be ULTRA without the legend that is CARL COX. Bringing his titanic CARL COX & FRIENDS ARENA to Bayfront Park this March, he’ll be playing host to some of the finest names in house and techno, including CASSY, FATBOY SLIM, JAMIE JONES, JOHN DIGWEED, LOCO DICE, LUCIANO, MAGDA, NICOLE MOUDABER, RICHIE HAWTIN, SVEN VATH, UMEK and UTO KAREM. Expect seriously big things from this much-loved ULTRA veteran and his merry following.

Once again, the world’s #1 DJ ARMIN VAN BUUREN delivers his breathtaking A State Of Trance 600 stage, where ABOVE & BEYOND, ATB, COSMIC GATE, DASH BERLIN, FERRY CORSTEN, MARKUS SCHULZ, TRITONAL and W&W will all be joined by the legendary PAUL VAN DYK who will be making his long-awaited return appearance to the world’s premiere dance music event.

Finally, the MEGA STRUCTURE serves up an all-star lineup of the world’s top acts, which includes main stage regulars ALESSO, CALVIN HARRIS, DAVID GUETTA, ERIC PRYDZ and TIËSTO, just one example of what ULTRA meant by “2 Weekends, 2 Unique Experiences.” Fans will rejoice to see their favorite artists tackle both the Main Stage and the Mega Structure at ULTRA 15.

SPACE IBIZA (voted #1 Club in the world and winning multiple awards) plans a triumphant return on Saturday, March 23 to host the tech house and techno acts that they are known for.  Also hosting stages will be Skrillex’s formidable OWSLA label, Afrojack’s JACKED, Mark Knight’s TOOLROOM, with more to be announced in Phase 3. Completing the full house, the brand new ‘TRAPPED’ arena, featuring the likes of BAAUER, BRO SAFARI, DJ CRAZE, DILLON FRANCIS, FLOSSTRADAMUS, NADASTROM and many more look more than adequate to cater to the new trap craze.

Finally, for the ninth consecutive year, ULTRA MUSIC FESTIVAL proudly welcomes back the “ECO Village”.  This area is dedicated to the exposure and understanding of numerous non-profit organizations and charities, and will run over both weekends of the festival.  You can find several interactive booths that provide an informative outlook on the world today.

Limited tickets—which have already sold in 77 countries around the world (topping the record of 74 from years past)--still remain for both weekends of ULTRA MUSIC FESTIVAL, exclusively at www.ULTRAmusicfestival.com.

As the world’s most famous outdoor electronic music festival, ULTRA has won “Best Music Event” by the International Dance Music Awards (IDMA) six consecutive years, from 2005 to 2011, “Best International Dance Music Festival” by the Ibiza DJ Awards in 2008 and “Best Festival” by the Village Voice Media New Times consecutively five years running from 2005 through 2009.  Originally created as a pure EDM (electronic dance music) festival in 1999, ULTRA has grown through the years to present not only the genre’s hottest, biggest and best headline artists (The Prodigy, Swedish House Mafia, The Chemical Brothers, Tiësto, David Guetta, deadmau5, Underworld, Kraftwerk, Armin van Buuren, Moby, Fatboy Slim, Justice, Carl Cox and Avicii to name a few), but also crossover headline bands that incorporate EDM elements in their music and have a history or new beginning in the EDM community and culture (The Cure, The Killers, New Order, Duran Duran, The Black Eyed Peas, Erasure, M83, Santigold, The Ting Tings, Cut Copy, Empire of the Sun and Bloc Party). In 2012, global pop icon Madonna appeared as a special surprise guest—the festival’s gift to their fans—to introduce the main stage final headlining artist AVICII, joining him behind the decks to premiere his UMF remix of her new single “Girl Gone Wild.”  The year also was the subject of CAN U FEEL IT, a major documentary feature about the festival, which was shown in over 500 theatres nation-wide.  Together with its signature, cutting-edge productions, ULTRA is unrivalled by consistently presenting the world’s greatest, most diverse EDM line-ups year after year.

We know this is blurry, because there are TOO MANY DAMN NAMES. It's huge. Just go to www.ultramusicfestival.com to see the whole thing. 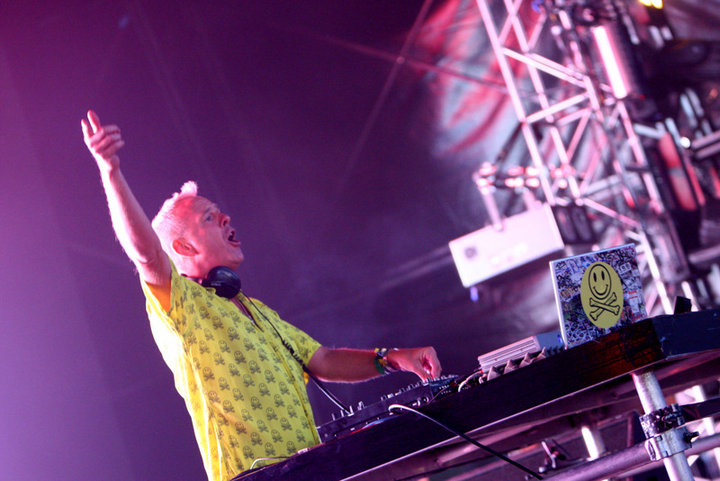 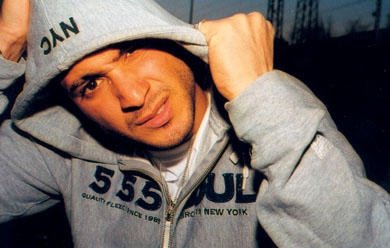