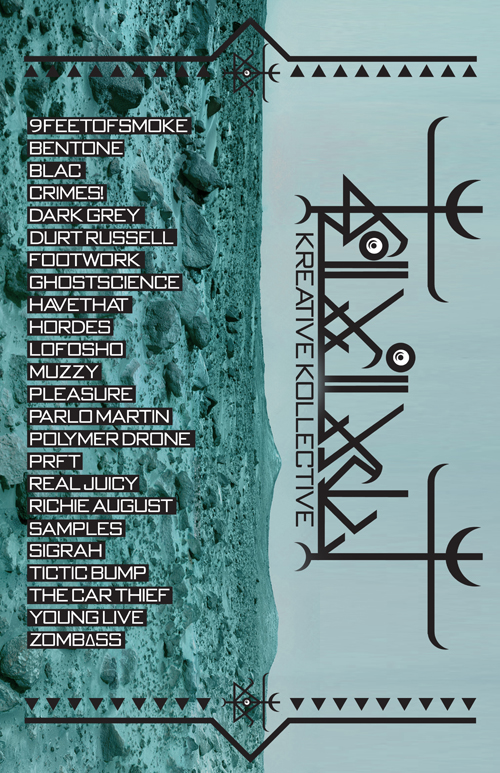 The concept of a collective is not something new in the dance music scene. In fact, with the regularity of remixes upon remixes and the popularity of sharing stems between labelmates, it could be suggested that the entire industry is one large collective, trying to make something new out of found materials. But as crews like L.A.’s Team Supreme and Chicago’s Push Beats grow larger with each weekly compilation drop, it seems that the concept of a “beat cypher” is becoming the new standard for artists looking to produce outside-the-box.  Last week, Trill Kill Kult released its first volume and quickly jumped to over 1,000 plays on Soundcloud.  Headed up by Sean McCarthy, aka The Car Thief, aka Pleasure, the collective is looking to do something different. I sat down with McCarthy for a strange, albeit enlightening discussion on the new collective known as Trill Kill Kult.

What was the genesis for the Trill Kill Kult? Who was initially involved in its inception?

Well I was born and raised West Philadelphia. Most of my days were spent on the playground where we’d chill out, max, relax and shoot some baskets. Just kidding, you see what I did there? Sorry I was watching The Fresh Prince of Bel-Air a little while ago. The genesis was something strange. It happened out of nowhere. I awoke one night to five cloaked figures in my bedroom. They levitated me from the bed and teleported to what I would guess would be another dimension outside time itself. They sat me down and spoke a in a strange tongue that I had never heard before but somehow understood every word. The conversation went on for what seemed liked hours. Before I could speak a single word I was rushed back into the teleportation tunnel of sorts and landed with a thud back into my bed. I was given a plan and it was time to carry out my orders. Did I mention I got to meet Jay-Z and Riff Raff that night too? Jokes on jokes. Initially, the producers involved in the project were Crimes!, Dark Grey, Durt Russell, Ghost Science, Have That, Richie August (Formally of Hulk) Young Live, Zombass, and both of my production aliases Pleasure and The Car Thief. Then each artist was allowed to select or “anoint” another producer into the creative collective that they felt would be a good fit for the family.

What makes a Trill Kill artist?

That's a tough question. Each artist is very different in how they sound and approach music. I’d guess what makes a Trill Kill artist is a total love for music and pushing sound in the present as far into the future as possible. I hate to talk for everyone on this one. I believe we all have a different view of this but if you asked anyone this question each artist would fall into the answer given by the artist asked.

Can you define the Trill Kill sound? Not only musically, but perhaps aesthetically?

Aesthetically I’d say it’s the DeLorean from back to the future plated in gold, stretched out into a limo sitting on triple dipped gold Daytons with a few Spanish girls wearing bikinis working it in the hot tub popping bottles of champagne.

Are you solely in charge of curating the artist list, or is it a collectively driven decision? Can you describe the process for assembling the TKK team?

This is one of the few things I can’t really talk about. It’s very secretive how the creative collective was formed. It was a very strict and vigorous selection and initiation process Lots of time travel and teleporting went on. Jet lag has nothing on how you feel after that, trust me.  I talk a little about this in the first question. I hope the elders aren’t upset with me for that one.

Which artists are you most excited to hear submissions from?

Honestly I’m excited for every single musical composition. Each artist has their own unique and amazing sound and approach to music. It’s going to be so awesome to hear everything together. One single idea with so many different approaches.

How does the sample selection process usually work? Is it decided week-by-week, artist to artist?

The sample selection is a weekly thing. Each week a different producer picks a set of 5 samples and 2 vocals samples along with a BPM. They have total freedom on their choices for the week.

Do you see this more as a beat cypher kind of situation? Or is this a collective you could see joining forces to start a label?

For now it’s going to be a beat cypher thing much like the Team Supreme movement. That’s where a lot of the inspiration came from for this idea. I was recently in California and was lucky enough to attend one of their events. I was blown away by their sense of family and the vibe they all gave off up together; just feeding off of each other’s energy in a beautiful way. I came back to the Midwest extremely inspired, to say the least. I mean, if this idea takes off and people like what the collective is doing I’d love to see it become an avenue for the artist to release music out to the masses. We’ll see how everything goes. Right now we just want to have some fun and make some cool music.

What do you think are the merits of collaborative work like this? Do you feel it heightens creative output? Or is it simply a way to work outside the box?

I think collaboration like this is going to create some awesome experiences for everyone involved. I feel like the people selected are going to vibe off each other’s energy and creative juices so much. I hope everyone just blows the roof off each beat created. I picture kind of like playing basketball with your friends and doing trick shots. It’s kind of like of “Check this out!” You hit a half-court shot and, boom, everyone goes nuts and now it has to be upped with, say a half-court shot over the rafters or something. Everyone’s juices get flowing and progress and production happens.

Do you think there are any live performance implications for this collective (i.e. Do we have a Trill Kill Kult concert series our tour to look forward to?)

Oh man that would be so sick! Right? I mean this idea just came out of the womb. But in the future that would be awesome. A few artists on stage with some MPCs, APCs, Keyboards and their laptops full of their sounds and just freestyle and vibe off each other; everyone switching instruments and playing off each other sounds. A bit of practice but almost all improv. How rad would that be? Anything is possible. It’d be cool to see that one day.

If you could select any artist, no matter how impossible he or she may be to contact, to join the collective, who would it be?

Oh man this is such a tough one. I love so much music, past present and future. I’m going to go with Prince. You can never go wrong with Prince. 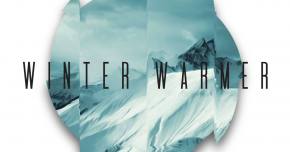 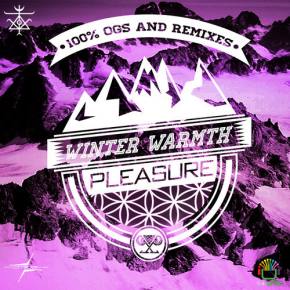 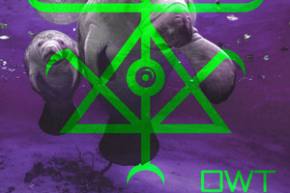 Trill Kill Kult: Get to know the new beat collective on the block 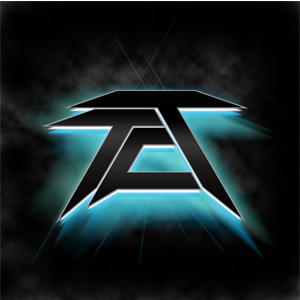