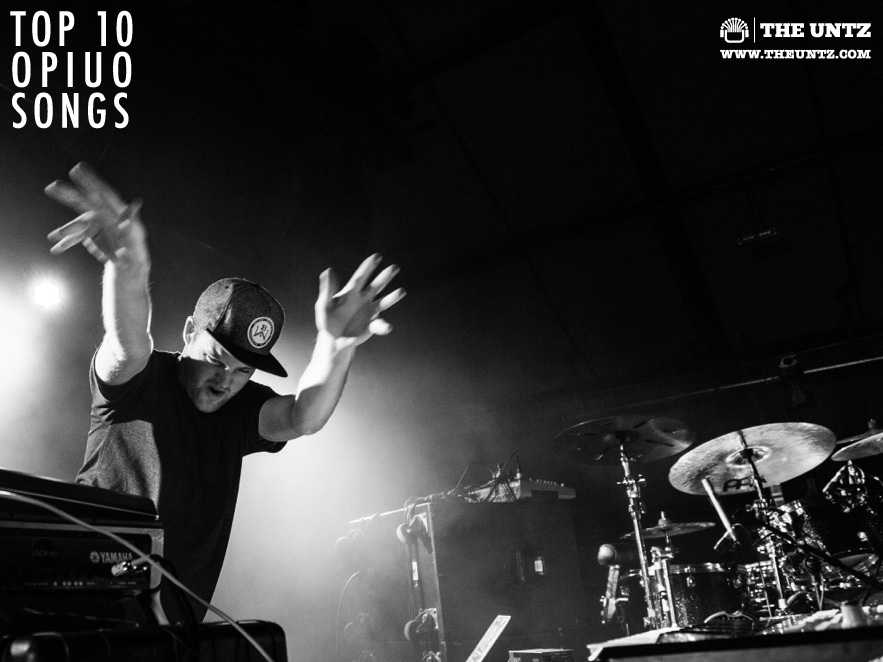 It's no secret that the entire staff of The Untz is absolutely over the moon for Oscar Davey-Wraight. The OPIUO catalog is choc-a-block with some of the greatest glitch-hop gems that have ever crossed our plates.

The New Zealander turned Aussie has graced glitch fans with so many releases, remixes, and collaborations over the years, and he's grown to be such a fan favorite of ours through relentless touring in the states and OZ, with his wild, high-energy, and innovative live performances.

We wanted to assemble this list in honor of the release of Meraki Remixed, the star-studded album featuring KOAN Sound, Russ Liquid, Mr. Bill, Spoonbill, griff, The Funk Hunters and so many of the biggest stars in glitch from around the world taking on each treasured tune from OPIUO's latest full-length album. In fact, it was a year ago that Davey-Wraight announced that Meraki would be coming soon on The Untz Podcast.

In asking our fans what they thought the Top 10 OPIUO Songs might be, we figured we'd get a wide selection of answers from all over his back catalog (which we did), but the fact that so many tracks from Meraki made the list just goes to show that like a fine wine, this producer keeps getting better and better with age. In fact, he recently pulled himself a trophy for best electronica album in NZ, so our suspicions are confirmed.

Appropriately enough, we open up the list with a selection from Meraki. Longtime OPIUO collaborator Syreneiscreamy is paired with legendary Bay Area rapper Gift of Gab, who absolutely murders the track (as if you'd expect any less from the Blackalicious spitter).

From the third installment of the wildly popular Butternut Slap series, Davey-Wraight throws in some big band, funky elements into this straight-ahead rocker. Plenty of bass and plenty of horns to keep everyone happy.

Sun:monx is Oscar's outlet for his smoother, more downtempo productions. This dubby delight combines a real reggae feel with Austero's clean, crisp guitar licks. Live performances are rare, and only the true fans Down Under get their crack at this duo on the regular.