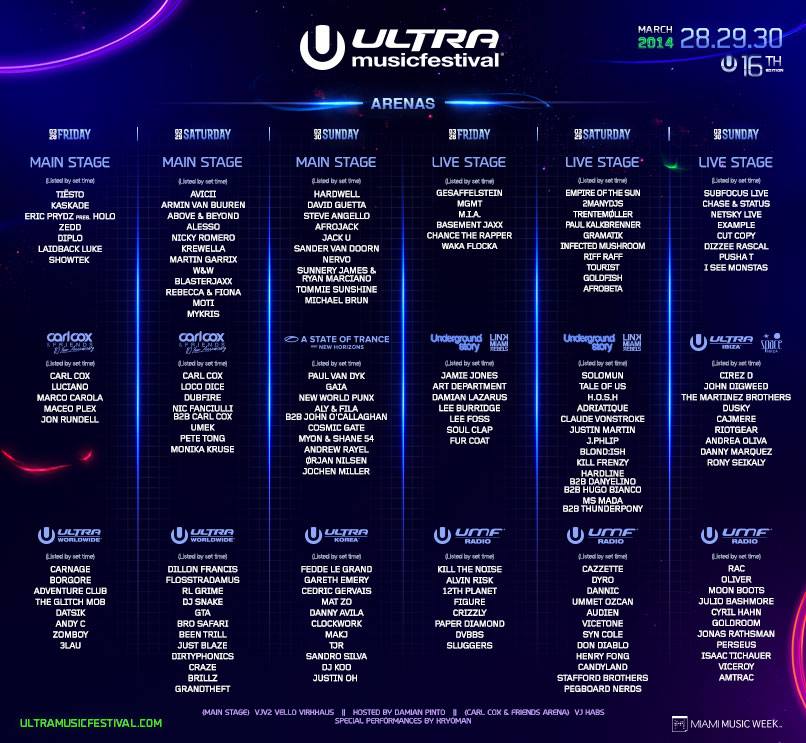 It's Ultra Music Festival. The ultimate electronic music festival. It's right there in the title. Fans from all around the world are descending on southern Florida for what will be another booming Miami Music Week.

Of course, some fans of the faster-growing segments of the underground electronic music scene feel like Ultra's just not their bag, and we get that. It's definitely got a more commercial vibe, with with the top of the pops well-represented. This ain't yer hippie transformational, healing-culture-and-yoga type event. This is booze, babes, and tons of bass. And trance. Lots of trance.

So strap it down, we're going to pick through the gargantuan list of acts and find the needles in the haystack as far as stuff you should definitely try to catch while you're down in sunny FL.

We begin with DJ Rony Seikaly. This former NBA superstar has given up dunking for DJ'ing. We were just as surprised as you are, but apparently he's pretty good. He spent some time on the Heat, and must have fallen in love with the place, because he calls Miami home. So this lil' shindig is happening right in his backyard, and you can expect some fierce techno blazing from this guy's stage in two weeks. But where's DJ Detlef Schrempf? That'd make for an unstoppable tag team set...
9. RiFF RaFF

If you're on Twitter (and Vine, for that matter), and you're not following @JODYHiGHROLLER, you're doing it wrong. The clown prince of trap has fallen in with the Mad Decent crew, and is riding his brilliant social media marketing strategies and almost Dadaist approach to art, in general. His ability to turn complete nonsense into a cultural critique is marvelous. And he's got a diamond Slimer pendant, so... yeah. Baller.
8. Mat Zo

Mat Zo had one of the biggest albums of last year with Damage Control, and his tour was a rip-roaring success. So we're looking for the young producer to take things up a notch with his Bayfront performance at the end of the month. If fans are lucky, he'll drop The M Machine's remix of "Lucid Dreams," which is soooooooo damn good.

It's been more than a year since the world fell in love with DJ Snake and his damn "Bird Machine." Another Mad Decent alum, this French producer is taking festival season by storm this year, showing up in some unexpected places. The word it out, and the anticipation is high, so we imagine this closely shorn Frenchman to show us the future.
6. Dizzee Rascal

Dizzy who? Dizzee Rascal! The snarling Brit jumped on the dubstep bandwagon from the word go, and has been a seminal figure in its rise to the mainstream since way back in the day. Not only does his hyperbolic flow fit perfectly with some stuttered drums, but he's worked with numerous legends in the bass game from the jump. His work with Benga, Chase & Status, and DJ Muggs is enough to make him an instant classic. Don't miss out, this guy is raw. Or "rahwr," as he would spit. 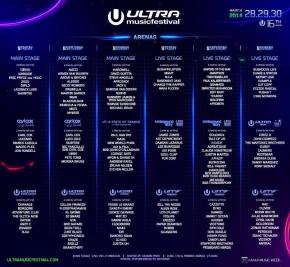