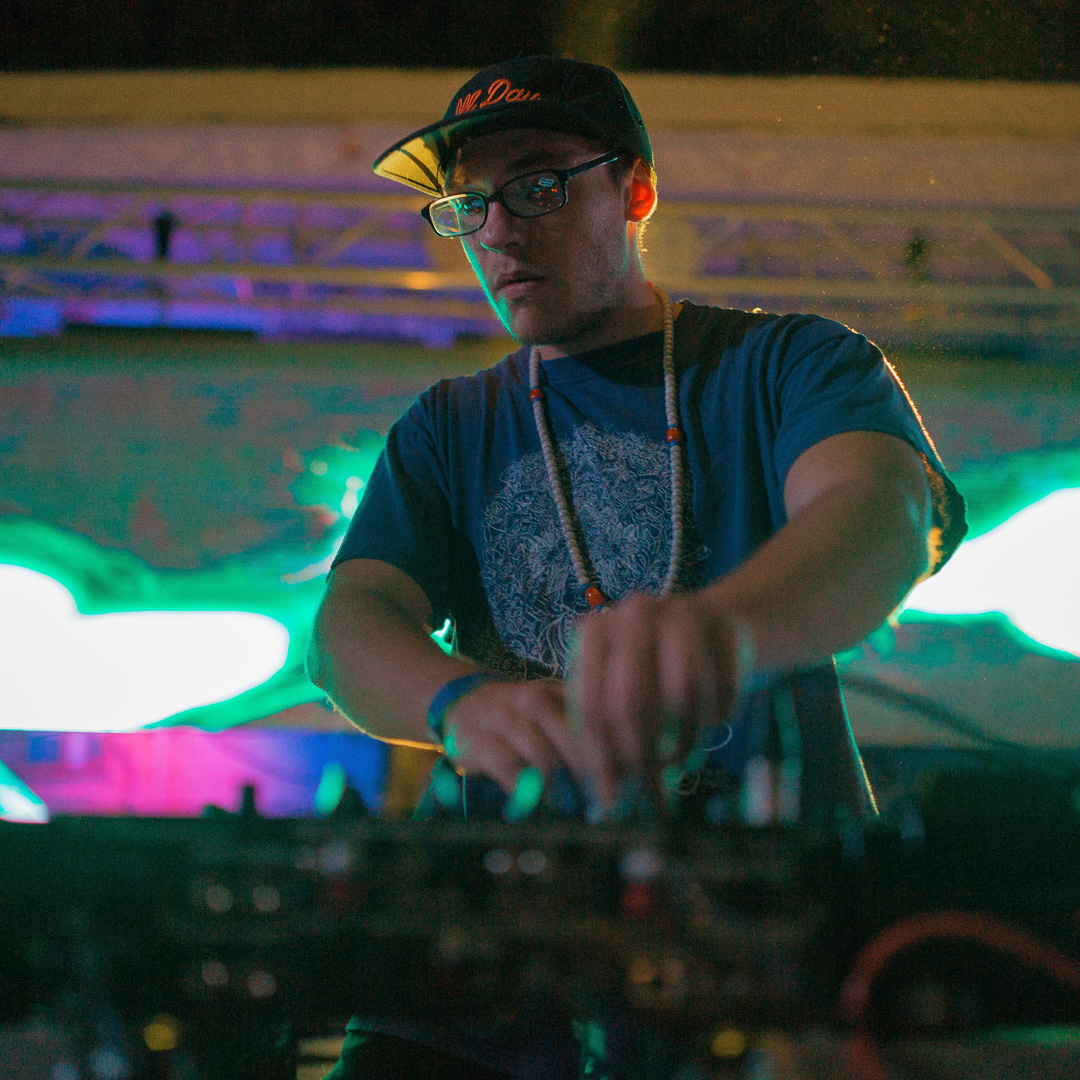 It's been almost exactly a year since the Far From the Tree tour swept into our hearts. As the leaves turn and fall tour season creeps back into view, a reunion is in the offing...

Toadface is on the verge of releasing his masterpiece album, Bugs for Breakfast, on Liquid Stranger's Wakaan label on September 21st. The midwest marvel Todd Holler has been active in the left-field bass scene for half a decade, but he's really come into his own over the past couple years through a heavy touring schedule and tons of exciting releases. The album is unsurprisingly a crystallization of Holler's experimental techniques and irreverent fervor, celebrating his wholehearted oddness instead of trying to smooth it over for mass-market success.

The album really is a perfect encapsulation of Toadface's hard-hitting tunes that really can rally a dance floor, but speak to the utter weirdos in the crowd the most. An almost pitch-perfect distillation of that aesthetic comes in the form of a release that's been a year in the making.

If anyone has seen Jeff Goldblum's star-making turn in The Fly, or Peter Weller in Naked Lunch, or the adaptation of J.G. Ballard's Crash with a delightfully evil James Spader performance, you know that David Cronenburg is not afraid to go balls-to-the-wall with his films. Imagine a giant cockroach in a trenchcoat. That's the visual analog of Holler's three-way collab with his former tour mates Yheti and DMVU. You've heard “Cronenburg” live over the past year, but here it is in all its glory. Holy shit, just listen to it. It's bonkers. Can't believe we had all three of these guys out at our festival this summer.

Toadface sets off on his most ambitious headlining run, which pairs him with UNTZ faves Eazybaked, G-Space, Milano, Mystic Grizzly, and sfam, as well as co-headlining dates with The Untz Festival alum Sayer and the legend of legends: Coki of Digital Mystikz. His tour kicks off at the Dirtybird Campout in California early next month, and runs all the way through the middle of December, wrapping up in Florida.

The Wakaan release is poised to rocket Todd to a whole new lily pad.