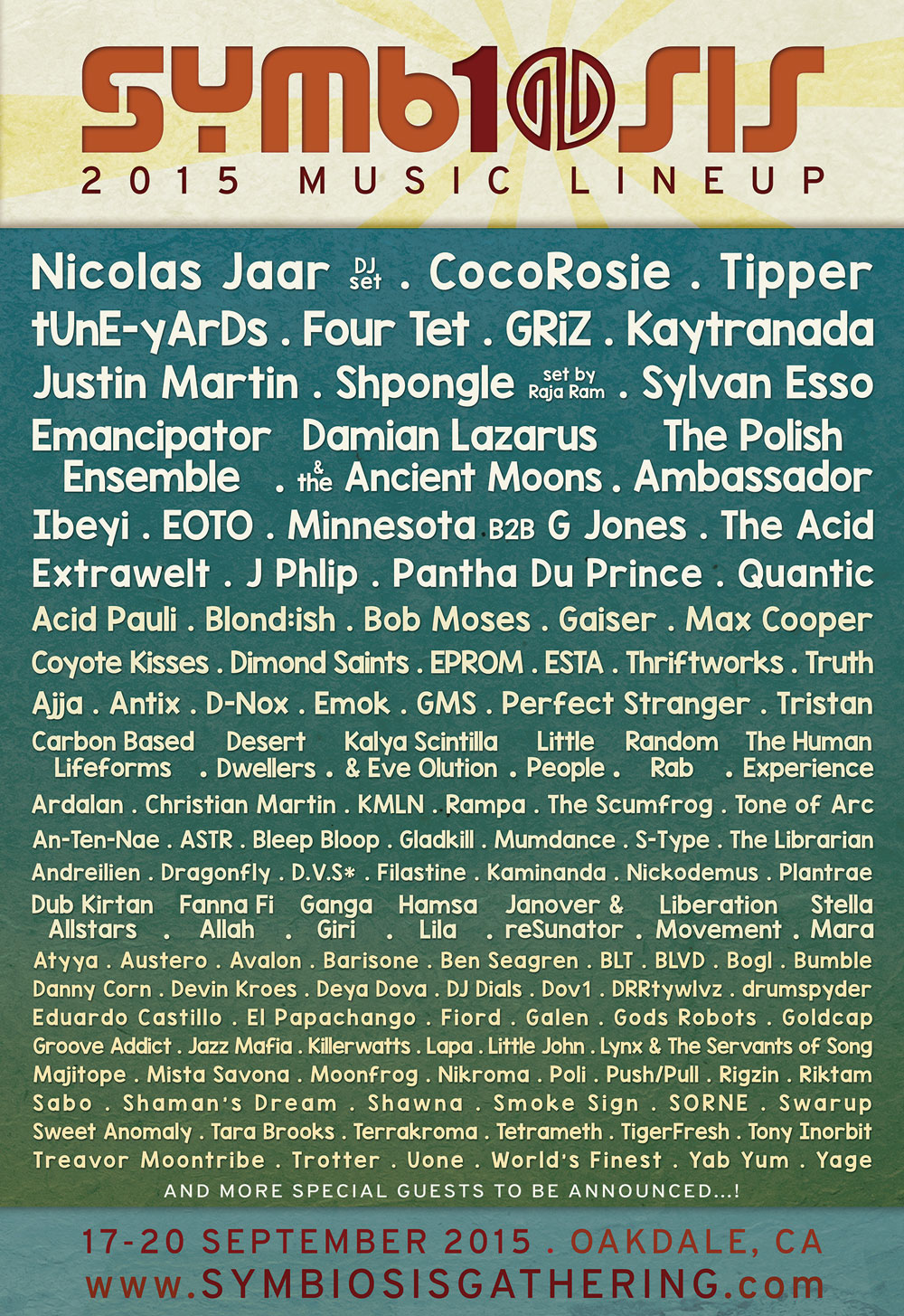 In typical Symbiosis Gathering fashion, the stunning lineup was unveiled this morning to much fanfare from music fans of all stripes. A little bit of this, a little bit of that--that's always been the Symbiosis aesthetic, and this year is no different.

Towering over the lineup are hip acts like Nicolas Jaar, CocoRosie, tUnE-yArDs, and Sylvan Esso, while traditional festival headliners like Tipper, Four Tet, GRiZ, and Kaytranada also made their way to the top. Surprisingly, Raja Ram will be handling the Shpongle set, and its absolutely no surprise that the Emancipator Ensemble and The Polish Ambassador are on the bill.

The festival celebrates its 10th anniversary at the same location it appeared in 2013. The blowout sonic circus will be held September 17-20 at Woodward Reservoir in Oakdale, CA. The grounds were unusable last year, so the festival skipped over to 2015, and this massive lineup is a clear indication they're back and ready to rock.

Art, workshops, and performance marvels have always been a big part of the festival. This year will be no different with tons of activities planned, special events, and an atmosphere halfway between Lightning in a Bottle and Burning Man.

Passes can be purchased in three-month installements, and all sorts of camping and RV options are available. Visit symbiosisgathering.com for all the key information.