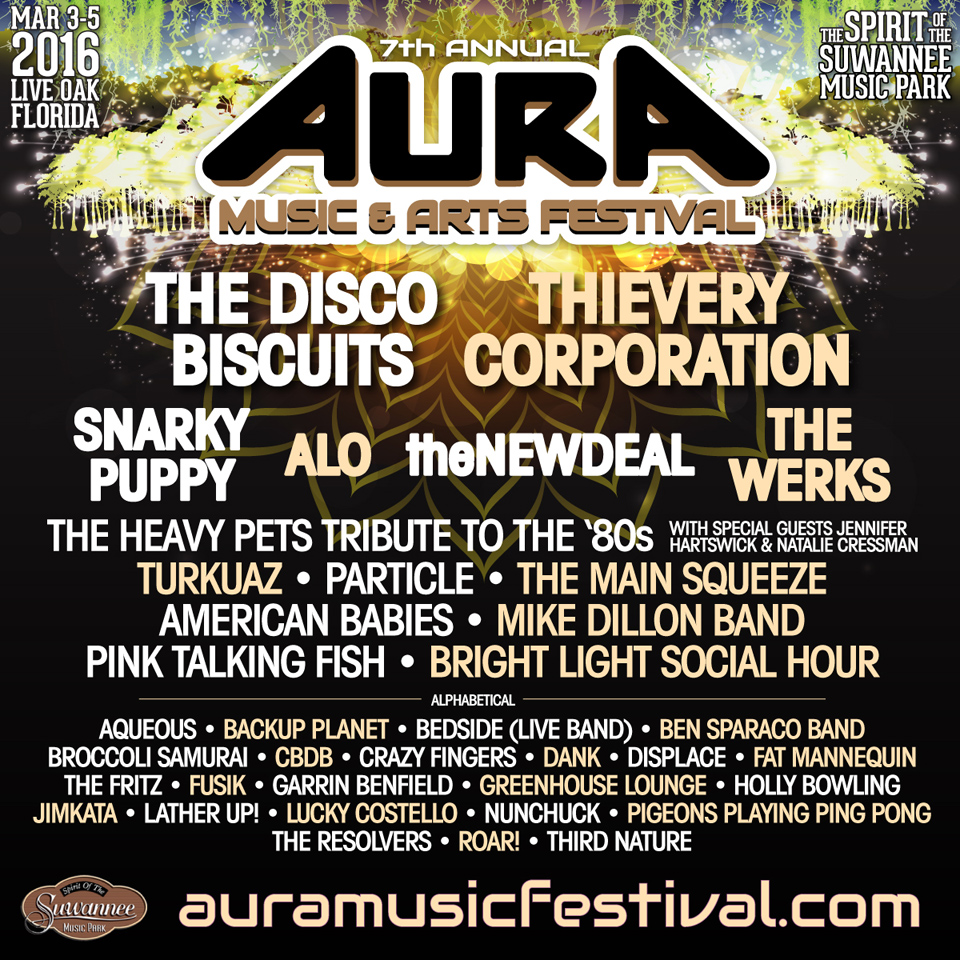 The AURA Music & Arts Festival lineup has grown considerably today with the Phase 2 lineup. Joining festival headliners The Disco Biscuits are some heavy-hitters in the live electronic realm. Thievery Corporation, the NEW DEAL, and The Werks have all joined the bill, which will return to The Spirit of the Suwannee Music Park in Live Oak, FL from March 3-5, 2016.

Early Bird 3-day passes are only on-sale for $129 until December 13th, so jump on those jam fans. There are also cabin rentals and VIP options for Spirit of the Suwannee, so make sure you select the right camping options for your AURA 2016 experience.