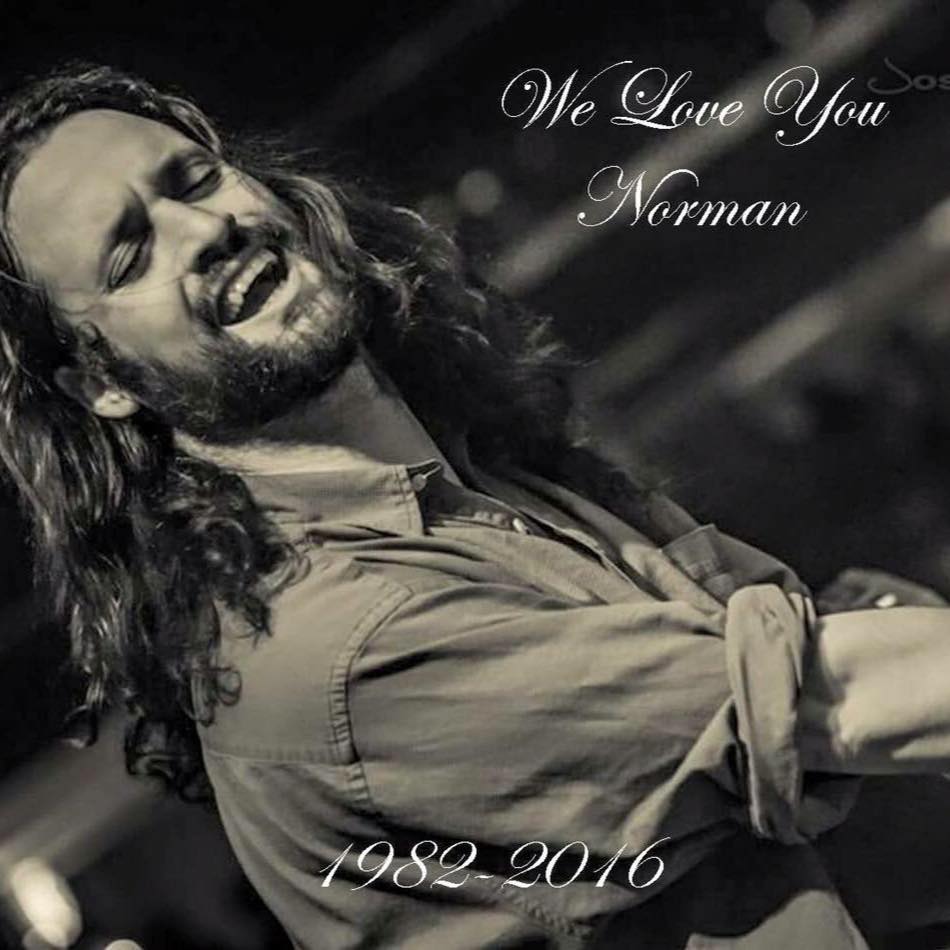 The close-knit Dayton, OH jam community suffered a major blow on Saturday Jan, 9 when it learned of the passing of former keyboardist for The Werks and The Maji, Norman Dimitrouleas. He was 33.

Aside from playing in the two bands, Norman held jams all around Dayton, constantly sat in with various local and touring bands, and was a major foundation in the creation of the annual Werk Out Music & Arts Festival. Norman was truly the embodiment of the Dayton music community.

Norman Dimitrouleas knew no stranger. Upon meeting Norm, you instantly wanted to be best friends with the guy. He was funny and charismatic, and he would take you under his wing if you were a young musician. Norman’s influence on the music scene and the lives of those who met him has spread all across the nation.

To celebrate Norm’s life and music, the Dayton community came together to create a send off show like no other. The vision was to recreate every band that Norman had been in during his 17 years in music, and it was a fonder farewell than anyone could ever hope.

The send off show took place at Canal Street Tavern, a 200-person capacity bar right in the middle of downtown Dayton. Two bars neraby were playing a live stream show for those who couldn’t get in due to capacity. The venue’s cap was hit 45 minutes after the doors opened and 15 minutes after the music started, while over 2,300 people worldwide watched the live stream. Canal Street even stoked up on Jameson for memorial Irish Aspirins, Norm’s favorite shooter.

The first block of music came from acoustic and solo performances from local musicians and friends of Norman. People told stories, toasted their drinks, and played songs in tribute to the man. The Werks’ guitarist Chris Houser played a solo tune and RAQ keyboardist Todd Stoops joined local musicians for renditions of “Let It Be” and “Imagine.” During this block, the atmosphere was fairly somber. Old friends hugged and told their favorite stories of Norman.

The first recreated group was Crimson Sage, Norm and Dino’s first band. Dino Dimitrouleas is the current bass player for The Werks. The brothers’ first gig was a Fairborn High School talent show and the only thing anyone knew them for was a few covers they did. Todd Stoops and Space Panda took over Norman’s keyboard parts (on Norman’s own rig) and helped lead the rekindled group in covers of “Freebird” and Pink Floyd’s “Comfortably Numb.”

Other recreated bands included The Tony Herdman Band and Ten Cities, both of which were more downtempo and jazzy sounding. The addition of full bands brought the room’s vibe from sad and somber to happy jubilance. Everyone in the room knew that Norman would have wanted them to have a great time.

The fourth group was a improvisational jazz group, TNT, which stood for Tony, Norman and Tyler. Norman was known to have a multitude of keyboardists come up and jam with him, so every keyboardist in the audience was called up to perform. Dan Shaw of The Werks and many other local keyboardists joined Stoops and Space Panda for the upbeat jam, which even reached five keyboardists at a time!

The fifth group recreated was The Maji, a progressive jam group Norman and Dino started before Norman joined The Werks in 2008. The energy the 4-piece brought to their rekindled set was incredible, and Dan Shaw was able to slay Norman’s keyboard parts.

Between sets, close friends and family got on stage to tell stories about Norman and to thank everyone for coming to the show. You heard stories about him pretending to be blind at a strip club in New Orleans, as well as heartfelt words from his mother and Dino. Everyone who spoke and performed agreed that Dino was the strongest man alive, holding it together and playing tribute after tribute.

Last, The Werks took over. They were joined by a violinist, drummer of The Maji, Rob Brockman, and a few others to perform “Carry Me Back Home,” a gorgeous ballad written by Norman and a song he constantly sat in on after his departure from the band. The whole room was singing along and projected behind the stage was a popular video of Norman playing the song on a burning piano at a festival in 2013.

Founding bassist Chuckie Love joined the group for “Duck Farm,” easily the band’s most requested song (and with an insane keyboard part, to boot). The group also performed other classics, including the insanely heavy “O.G.” and “Rollin,” a song Dino wrote years ago because Norman said that electronic music would have a huge role in the future jam scene. He was truly ahead of his time. By the end of set, the once somber crowd was exhausted from the hours of dancing to Norman’s music and to his memory.

After The Werks, Indiana's “Hippie Metal” group Glostik Willy performed a few memorial songs, some including ones they wrote with Norman. The band members were almost a decade younger than he was, but Norman took them under his wing and helped make them into the talented and successful band that they are today. Guitarist Jameson “Jay Moe” Bradford said that Norman wasn’t just a rock star, he was the rock star and someone he truly idolized and respected.

The final music of the evening came from The Big Damn Jam, an improv jam collective of local musicians that Norman constantly performed with. Anyone in the crowd who brought instruments were invited to play, but first, the opposite of a moment of silence was held to celebrate their fallen brother. The improv jam was fun and incredibly high energy, and included members of The Werks and Glostik Willy, Jake “Baby Hands” Goldberg of Sassafraz, Todd Stoops, local saxophonist Kevin Dumont, and Chuckie Love.

I had the chance to talk to some of the people Norm touched in his life on and off stage.

“Going to Norman's memorial and tribute show was at first completely surreal, and then deeply healing. I knew a lot of people loved Norman, but physically seeing them all together, was truly overwhelming. Sharing music with friends was what Norm loved the most, so it was the perfect way to say goodbye to our friend.” - Libby Ballengee

“Last night was one of the most passionate shows I've ever seen put on. The love and support in the Ohio music scene never ceases to amaze me. Norman has left behind a beautiful music career that I'm sure will never be forgotten and he'll be greatly missed.” – Tara Miller

“Norman was a great inspiration to anyone he came into contact with. I had the pleasure of getting to know Norm on a personal level and shared too many good times that I will always remember and hold close to my heart. There's never been anyone like him and there may never be again. It meant the world to me to be on stage, all I could think about was him smiling down on all of us and it was a true honor to play in his memory.”‐Jameson “Jay Moe” Bradford

“That memorial was the greatest tribute to any man I have ever witnessed. Being around that kind of energy, let alone playing music within it, was nothing short of spiritual. Norman and I enjoyed jamming together when we had the chance, and I was grateful to be able to do it one last time.” ‐Jake “Baby Hands” Goldberg