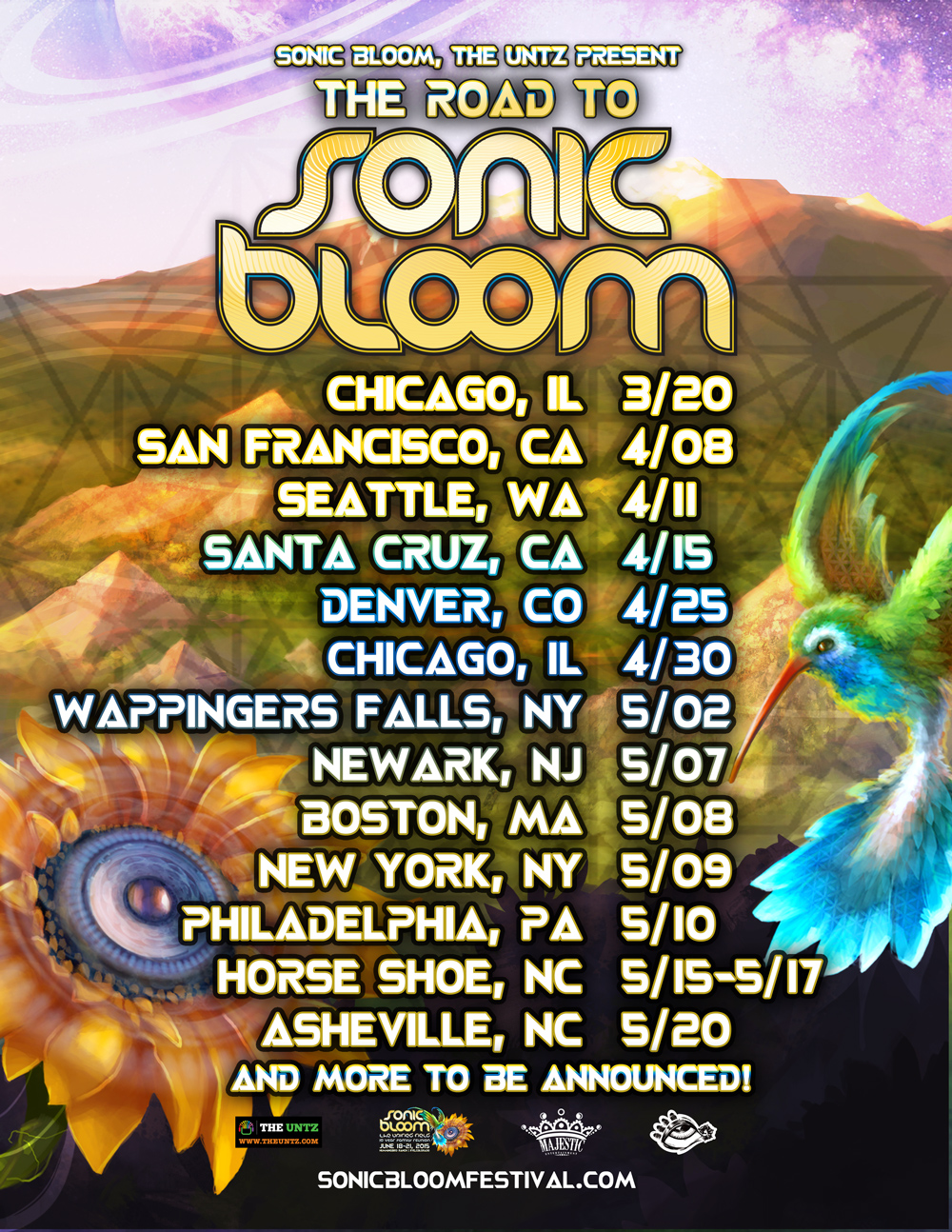 Once again, The Untz is proud to present the Road to SONIC BLOOM tour in conjunction with Envisioned Arts and Majestic Entertainment, bringing the signature aesthetic of the boutique transformational festival from its mountain home in Colorado to tons of cities around the country. The art, energy, and excitement that makes Bloom so special will infiltrate these pockets across the nation with cutting-edge music from newcomers and old favorites, alike.

Tonight (March 20), the tour kicks off with a BANG in Chicago, IL at the Copernicus Center. Featuring Bloom alums Kalya Scintilla & Eve Olution, Mr. Bill, ill-esha, Spankalicious, Plantrae, and more, this blowout event signals only the start of the magical sonic adventure.

The core of the tour is comprised on Andreilien, kLL sMTH, and AtYyA. Despite his young age, Andrei Olenev has been a fixture of the underground glitch-hop and bass scene for nearly a decade. Fusing a bevy of styles from downtempo to drum & bass, Andreilien sets are a musical stew of psychedelic sounds.

kLL sMTH is the brainchild of Kris Edland, an experimental producer from Colorado who doesn't abide by any genre specifications, either. His focus is on bringing fanciful production and performance to the subsonic world.

Newcomer Tyler Clark has made a splash in the left-field electronic world. Producing what his label boss Kalya Scintilla at Merkaba Music calls "post-trap," trippy elements are blended with futuristic hip-hop beats in this gumbo of jaw-dropping soundscapes. This is an act to watch.

The tour will hit the west coast, the east and southeast, and even hits Chicago again in late April, so don't feel too bad if you miss tonight's show. Anticipation will build as the circuit weaves its way back to Colorado for the main event: SONIC BLOOM. 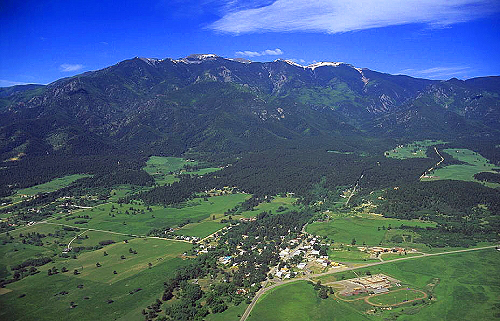 From June 18-21, the festival breaks in a new location: Hummingbird Ranch in Rye, CO. Panoramic views of the front range, shaded grounds, open meadows, and a creek will greet fans in the spot, which has plenty of room to grow as the festival continues to expand over the years. The location is a 2.5 hour straight shot down I-25 from Denver, just off the highway.

Many acts from the Road to SONIC BLOOM dates will be on the main festival, along with STS9, Shpongle, Emancipator, Talib Kweli, Random Rab, Phutureprimitive, Bluetech, and Desert Dwellers, among others.

Fans can lock in their GA tickets for the low, low price of $204 for the full weekend. The includes early entry for Thursday festivities, and as always, primitive camping is free. VIP tickets are also on-sale for $420 for the entire weekend, which allows fans exclusive access to a number of upper level perks. RV passes are also up for purchase at this time.