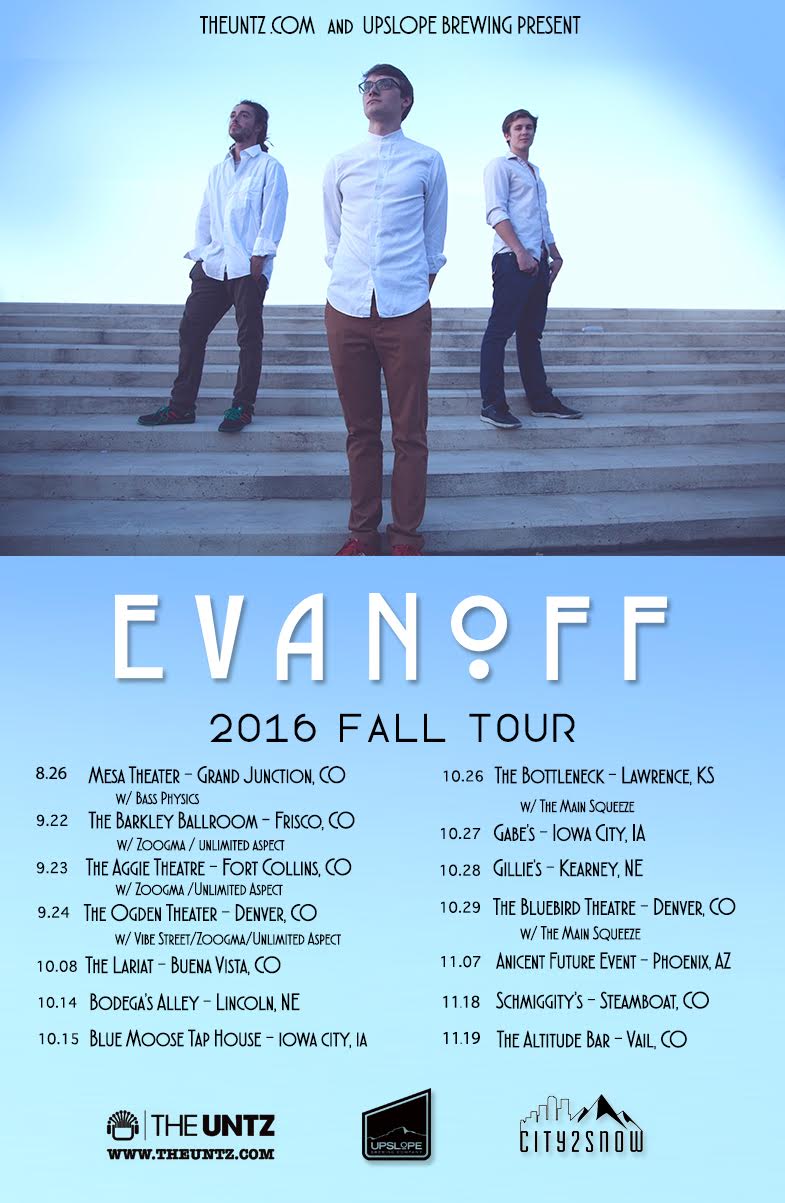 Live electronic hybrid trio Evanoff is saddling up for another tour across the Mountains, Plains, and southwest. Drummer Jake Hall, bassist Parker Oberholzer, and guitarist J.J. Evanoff have been tirelessly touring their innovative sound around the country, and they continue this month through November to take their sound to new markets and new audiences.

Starting tomorrow (August 26), the band hits Grand Junction, Colorado with fellow The Untz Festival alums Bass Physics at the Mesa Theater. Then it's three nights in a row with Zoogma and Unlimited Aspect in Frisco, Fort Collins, and Denver, Colorado at the end of September.

The band is hitting its home state hard, returning to Denver, as well as hitting Vail, Steamboat Springs, and Buena Vista later in the tour. The trio also vetures out into Nebraska, Kansas, Iowa, and Arizona this fall.

Evanoff pairs the sounds of classic rock with modern livetronica flavors. With full force jams and shredding guitar solos, the band's aesthetic is clean, punchy, and packed with grooves. It's an addicting show from top-to-bottom.

More dates will undoubtedly be added to this circuit, so keep your eyes and ears peeled for this cunning new outfit on the prowl.