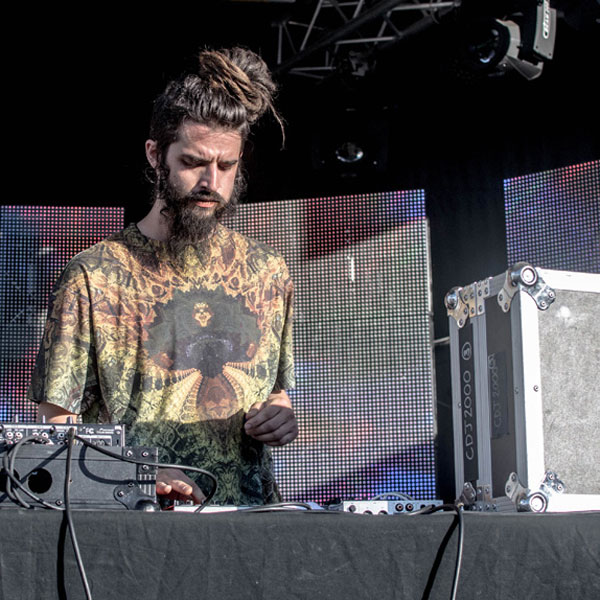 Since The Untz jumped on the scene in 2009, we've been following Andrei Olenev, who was just a kid going by Heyoka at the time. Through ambient, glitch-hop, drum & bass and wild left-field experimentation that defies categorization, we eagerly awaited each new release. With his name-change to Andreilien, and deeper trips down the rabbit hole of subsonic creation, each subsequent release marked a new sonic level up and ushered in a brand new sound we didn't even know we were craving.

Which brings us to the January 6 release of Algorithm, a sprawling interconnected richly woven album set to drop on Muti Music. With sinewey synth lines, asymmetrical drum patterns, and far-flung psychedelia, the entire record from start to finish is a trippy look at the future of electronic music.

Today's premiere, “Spun” is a distillation of the album's progressive attitude. Olenev's take on the Halftime trend pushes our understanding of what that crazy notion of “tempo” really is, flying all over the place—slowing down and speeding up, and then dropping the floor out right from under us.

As the industry landscape shifts from day to day, and even hour to hour in the internet age, we seem to be able to rely on only a few things, but knowing that each Andreilien record is going to point the way for the next phase of underground tunes makes us feel secure. There is a reason his name is uttered in the sae breath as Tipper, Spoonbill, and Si Begg. Algorithm really is that good.