Our jaws hit the floor when we saw that Summer Meltdown lineup, and beyond that, Darrington, Washington just happens to be one of the most beautiful spots in all of the Pacific Northwest, so you music fans know exactly what you need to do come August 10-13, which happens to be just one month away.

Let's break down that fascinating lineup stylistically. Sitting atop this massive pile of talent is The String Cheese Incident, who will incidentally be performing two full shows. In that feelgood, string-powered, triumphant vein you've got Nahko and Medicine for the People, The Infamous Stringdusters, Elephant Revival, The Wailers, and The Main Squeeze, to name a few. They're funky, they're fun, they're the type of band you want to boogie down to as the sun shines off your face.

When it comes to The Untz, you know we want a little electronic oomph out of our acts. Look no further than The Polish Ambassador, The Floozies, OPIUO, The Russ Liquid Test, and BoomBox. There's a live element in each one, there's tons of fresh hip-hop and funk, and those speakers will be boomin' with plenty of bass. These guys are right up our alley. Good luck keeping Russ Liquid away from OPIUO's set. Those two just threw down at Electric Forest, and dollars to donuts it'll happen again in the Pacific Northwest. And if it's just pure darkness and lip-snarling, headbanging, and stomping you're after, then G Jones will have you more than covered. There are also a ton of local and regional talent spanning a variety of styles and substance, so there really is something for everyone. 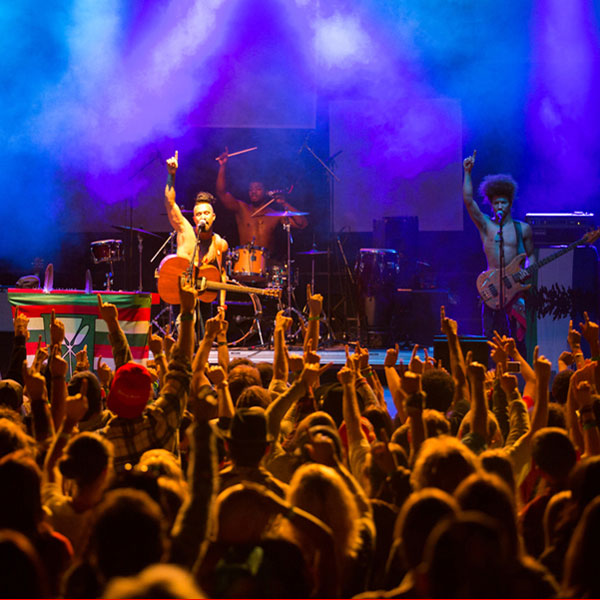 For us music junkies, it's hard to get us more excited about a festival beyond the lineup, but we make an exception for a couple of special events. In your time on-site, or before or after the main festivities, there's a world of adventure waiting for you. There are options for lazy river tubing or even adrenaline pumping rafting. If you're feeling so inclined, you can even set yourself up with a helicopter ride. Also, if you're worried about whether or not the festival is for you and your family with special needs, check out the festival's accessbility options, and familiarize yourself with the Kids Zone, that allows mom and dad to get some much needed R&R while the kids have a blast.

Ticketing levels come in as many sizes as there are people. Right now Tier 4 GA tickets are all that's left at $235 + fees before the last hike to Tier 5. There are of course upper echelons available, and add-ons like vehicle and RV passes. Something to note is that forested camping is only available to tent campers, which is different than year's past. There is a sectioned off vehicle camping area, as well as a quiet camp for those who want to get that all-important shut-eye during the weekend. Youth tickets are also available for those 9-15 to give families all the more incentive to bring the whole clan out for a much needed vacation.

Visit www.summermeltdownfest.com to snag your tickets, as well as scope out some of the fun bonus adventures you can take, and in just a couple of weeks you'll be able to take a peek at the full daily schedule.