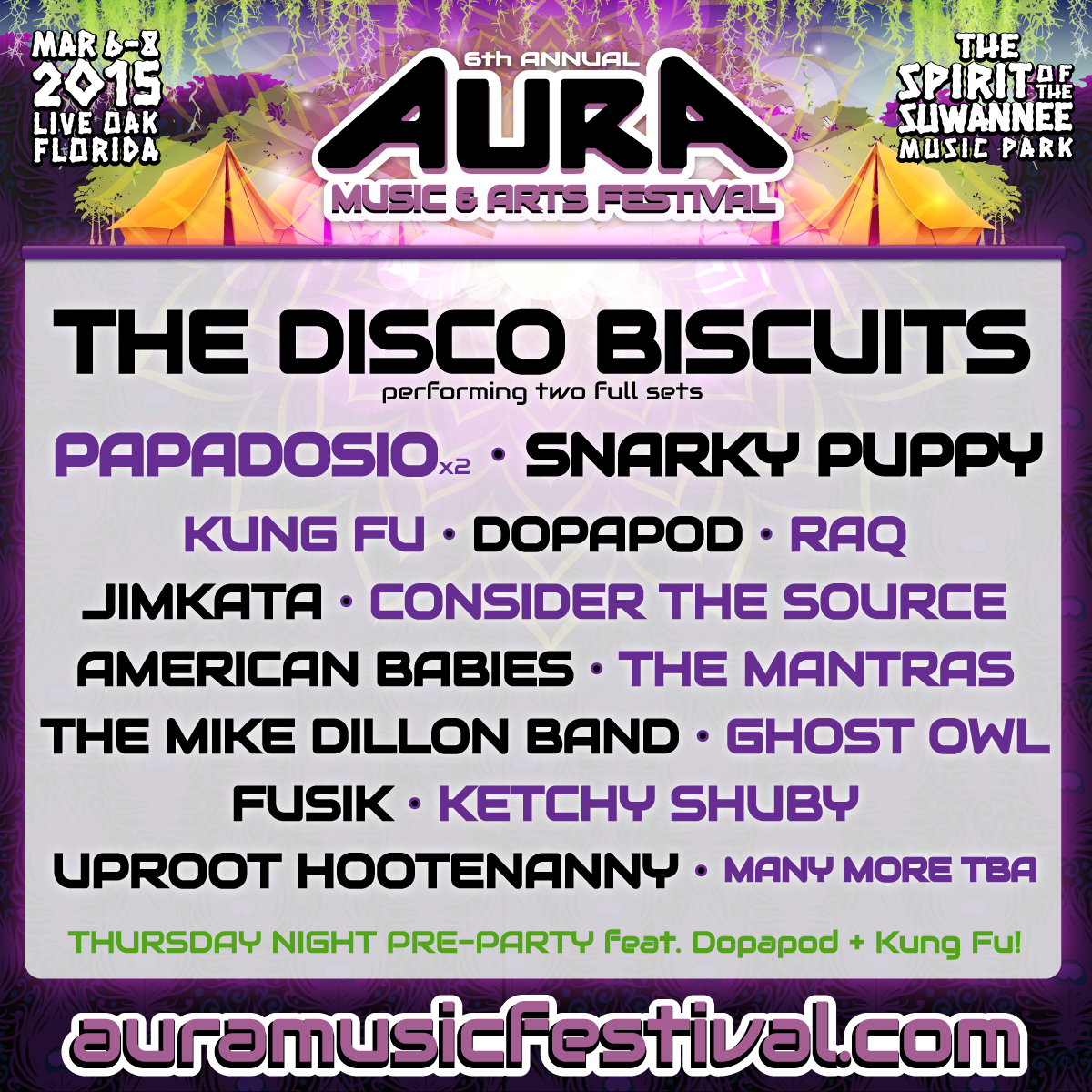 In a surprise revelation, it's been announced The Disco Biscuits will be headlining AURA Music Festival for two nights at Spirit of the Suwannee Music Park in Live Oak, FL from March 6-8, 2015.

Joining the Biscuits is Papadosio, also playing two nights, and with the best of the best in the funk and jam worlds from the northeast and southeast.

A Thursday night pre-party with Dopapod and Kung Fu will ring in the festival a day early with the pre-party, but the festival itself has moved back a couple weeks into early March so evening temps will be nice and manageable in central Florida early on in the season.

Early bird tickets go on sale for $135 on July 1st at www.auramusicfestival.com.