Forgive me if this isn't my most articulate article ever. I'm just a little flabbergasted by the latest ThazDope Records compilation, and I'm busy trying to screw my head back on straight.

Attemping to fill the big shoes of the label's last killer comp, Heterodox, the team went and packed a Foot Locker with Flux.

Nolan Leake a.k.a. GuTTa KicK did such an incredibly thorough job of amassing an astounding 45 tracks covering every aspect of underground bass music: minimal dubstep, trap and hip-hop, footwork, IDM, riddim—it's all in there. There is absolutely something for every flavor of experimental bass fan in this jam-packed bundle.

Where to start? Beginning is as good a spot as any, I suppose.

Opener “I Haven't Left My House In A Week” describes what's going to happen to me now that I've got Flux in my hands. Brainrack, a new act to me, kicks the door open with this orchestral intro that gives way to a terrifying mix of low-end mayhem and a schizophrenic delivery to all corners of the rhythmic room.

Industry veteran Danny Grooves delivers what I'm going to have to call one of the standout tracks on the entire compilation, his VIP of “Grouper Chow” which takes hip-hop to new heights—or I should say lows, with such crisp bass—and makes us understand why he's MacLethal's go-to beatsmith. 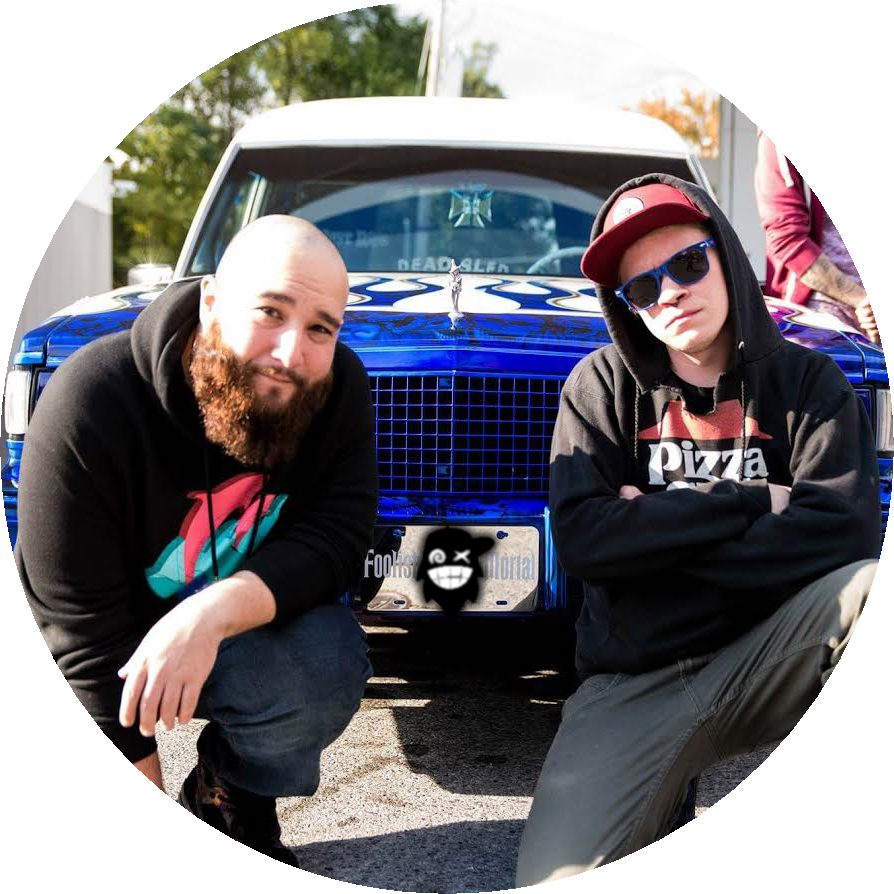 Beardthug blew us away with “Girthworm Slim” the last time around, but then this duo went and knocked out an even bigger track in “Layali.” This is an absolute monster of a bass anthem. We're expecting to hear it quite a bit before these guys make their way to our festival in June.

The main man Yheti goes in on “Entergalactic,” taking it to some outer space nuttiness. HorseExplosion x JuJu Beats are on some similar drippy, swampy bass tip with “Abduction”—feeling the fairy tale alien vibe here.

We've seen IVES popping up all over the place, recently. In the experimental of G Jones and Bleep Bloop's Mind EP, “Oracle” has an irreverent and dark groove that really hooked us in. Stay tuned for much more from IVES x The Untz in the near future...

ChopsJunkie & Johnathan Thomas in addition to Crimes contribute the more uptempo selections on the compilation, covering footwork, juke, and lite feet with their tracks “Workshop” and “UpNex,” respectively. As always, Alejo, Psydell, and Deerskin hold it down on the more psybass side of things, but still stray far into the bizarre territory on top of the psychedelic sound.

Vusive gets the honor of sporting the title track, “Flux,” and really impresses with a weird little ditty. Newcomer Odium comes correct with the heaviest cut on the comp, “Oxygen.” It's positively volcanic.

We can never get enough HullabaloO, who really nails his sound with “Ataxia.” We're always pumped for new DIGITAL ETHOS, as well. Charlie Quigley is making some moves on the east coast, and “Looper” lets you know why. It's fearsome, unpredictable, and heavy as hell.

On top of killer contributions from NEMATODES, Captain, PARROTICE, Mike.iLL, and PIZZA PROPHET, Leake was able to sneak in a track from O.G. bass master and UNTZ fave Wick-it the Instigator. I keep going back and back and finding more gems, and you will, too.

The best part about this comp, if I'm forced to pick the very best part, is that it covers artists from all four of our stages at The Untz Festival. Not just ThazDope Records' stage, but Wormhole, ShadowTrix, and the main stage, as well. It's such an inclusive collection of everything cutting-edge that our festival is all about.

You'll be able to see Beardthug, Moniker, Aplsoz, Psydell, Alejo, Deerskin, CVNDLES, Smokestax, Vusive, and the curator of this comp, GuttaKick, going B2B with his brother, Dylan Leake a.k.a. Eratixx (bringing some more brotherly love to the lineup on top of the Yheti & Toadface action) all on the ThazDope Stage. You'll see Secret Recipe in the Wormhole, ShermGerm and ChopsJunkie in the ShadowTrix room, and DIGITAL ETHOS and Yheti on our big stage. This is all going down June 2-4 in Mariposa, California, and you best get your tickets now while they're still dirt cheap: www.theuntzfestival.com.