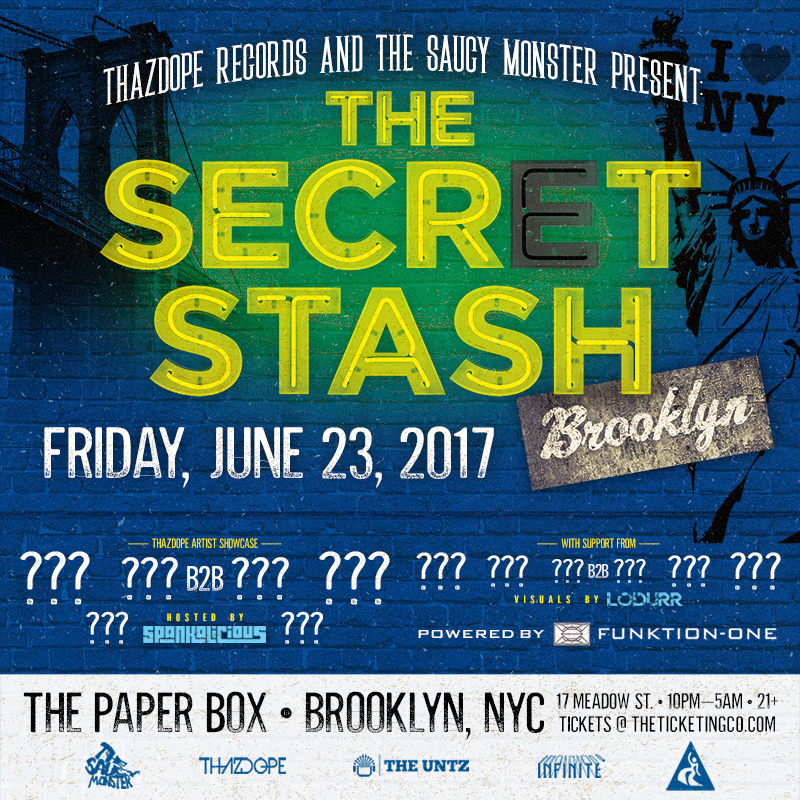 Following in the week of the sold out Miami Music Week bash last month, ThazDope Records is bringing The Secret Stash to Brooklyn for an equally rough, raw, and rugged party featuring the next big stars of underground bass.

Following a sweaty week of tunes in south Florida, the ThazDope team put on an all-night, epic blowout featuring Yheti, Eazybaked, beardthug, and so many more all-stars from the crew for a jam-packed crowd.

This time, the “secret” is staying that way until after The Untz Festival. All we know is the following:

The rest of the linup remains a mystery for the June 23 bash. All sorts of ThazDope favorites and other east coast heavy-hitters will be on hand, and The Saucy Monster is joining on board to host the event at The Paper Box in Brooklyn, New York.

You can snag your early birds for only $15 but you better hurry—let's not have a repeat of Miami now, shall we? Visit www.theticketingco.com/event-the-secret-stash-brooklyn to jump on those cheap ass tickets.