Published: May 10, 2012
By: Jordan Calvano
Recently, Sonny Moore (known universally as Skrillex) created a set on his SoundCloud of ten originals and remixes that he has released over the past year. Why he decided to do this we may never know, but as usual, when Moore does something, people take notice.

The Los Angeles-based producer has quickly become a staple of the American dance music scene, and lately across the whole world. Whether you love him or love to hate him, you know who he is. Just by looking at his Full Flex Express set it is obvious that people want to get a piece of his veteran production abilities, which include groundbreaking collaborations with talented artists stemming from genres all across the board like Damian Marley, Kaskade, The Doors, 12th Planet, and of course his beautiful girlfriend, Ellie Goulding. Not to mention his massive remixes of Nero and Benny Benassi’s “Cinema,” which won him Best Remixed Recording at this years Grammy’s.

Moore is also packing up his bass propelled, private passenger train and taking his massive tunes and critically acclaimed crew with him North of the border on a tour that is definitely going to be one to remember. While it will only last a week and a half and make stops in six major Canadian cities, it is the lineup that is truly something to drool over. The Full Express Tour will feature three label heads (Skrillex, Diplo, Pretty Lights), so you know they will be pulling out all the stops. If Aoki was popping bottles, throwing cakes, and pouring juice everywhere on The Deadmeat Tour, we can only imagine what these three will do. Not to mention jaw dropping performers like KOAN Sound, Grimes, and TOKiMONSTA, who will also be jumping on the train to drop bombs with the rest of the crew.

It seems safe to the say that Skrillex has come a long way since playing for crowds of a few hundred people in small venues with From First To Last when he was a teen. Moore and crew are embarking July 13th via train, because where they’re going, they don’t need roads. 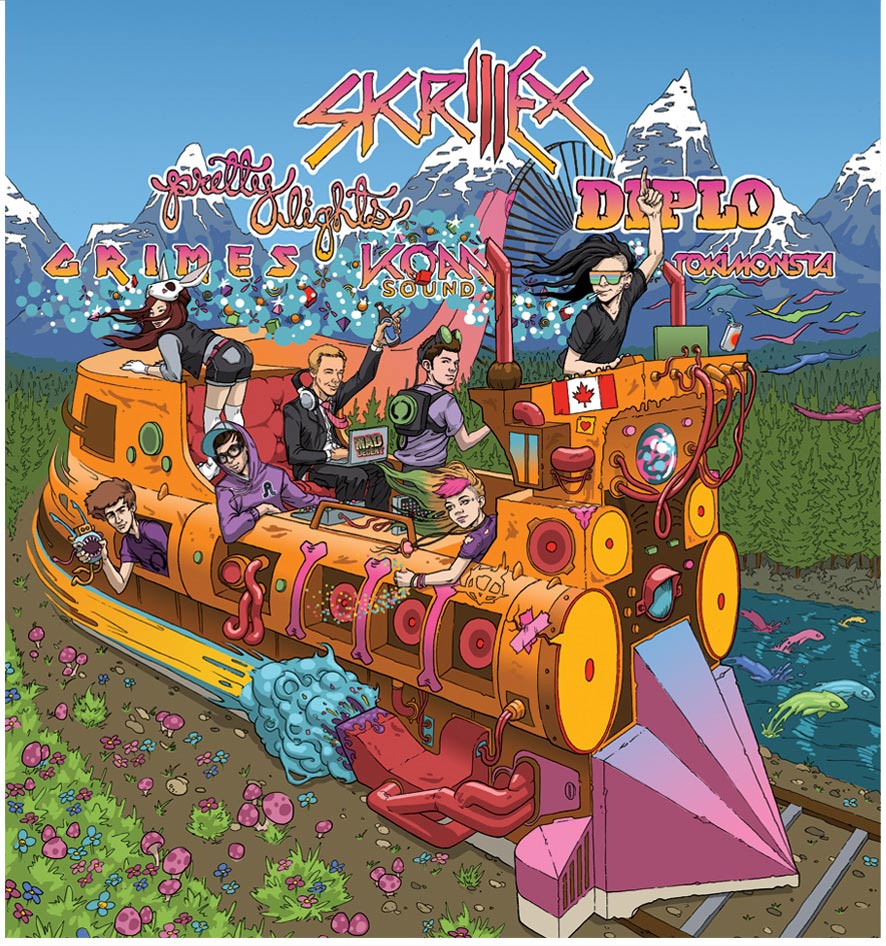