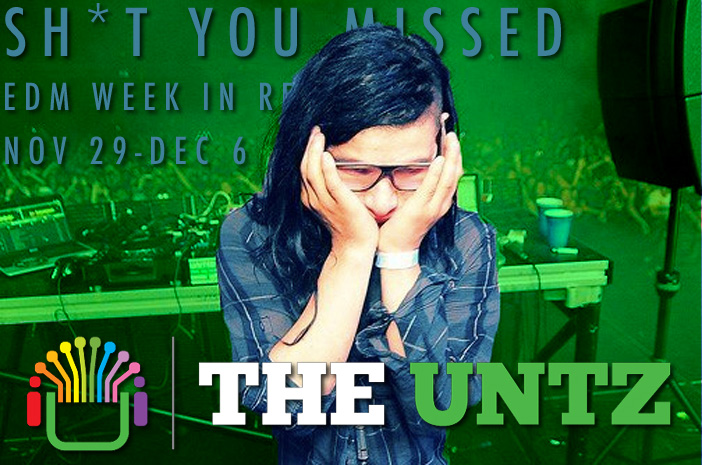 Lots of shit happened this week, so it's our job to shovel it into a pile, polish it up, and present it to you, so you're on top of everything. We don't want you looking dumb in front of your friends, after all. Don't be a sad Skrillex, like this guy to your left.

Cool music came out, new videos, more festival announcements, and some good ol' fashioned drama. To make sure you're always up-to-date on what's happening, we encourage you to slap a bookmark on www.theuntz.com/news and check it every morning.

After a high-profile tease from Daft Punk, the video for "Instant Crush" finally came out today. It's tender, it's touching, it's tragic. Everything we love in a pop song, and in a video. Plus, Julian Casablancas engages his Napoleonic complex? We still love him. Such a sad story, but you'll be humming this song for the rest of the weekend.

Skrillex to TAKEOVER four cities in US and Europe this February 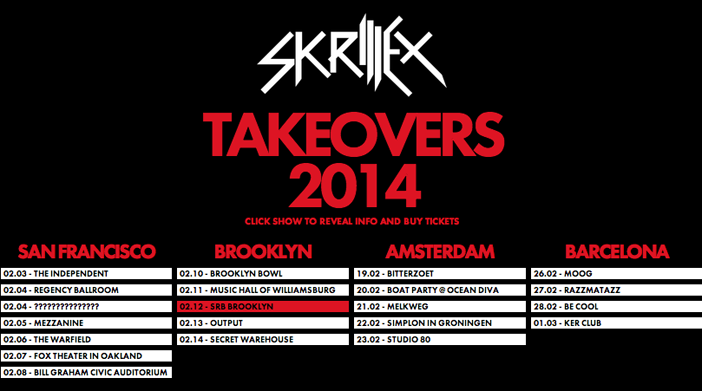 Earlier this week, we revealed that Skrillex is taking a ton of his friends around the country to blast multiple venues in San Francisco, Brooklyn, Amsterdam, and Barcelona. No doubt these shows all sell out instantly, especially the ones in venues with capacities right around 500. Best of luck, Skrillex-seekers. Hope your internet skills are up to par. Fuck the scalpers.

EDC Chicago probably definitely kinda for sure not happening in 2014 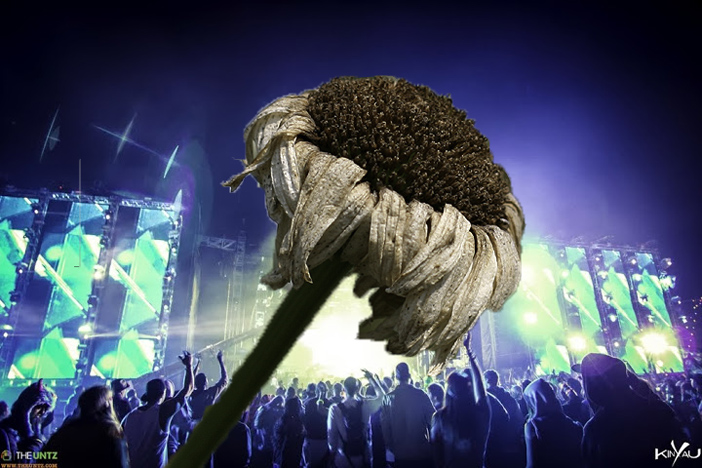 Pasquale Rotella this week responded to concerned Tweeters about the fate of EDC Chicago. Turns out the inaugural EDM blowout bothered the neighbors of the Chicagoland Motor Speedway in Joliet, IL so much, that it's going to be nearly impossible to pull off a repeat performance in the heartland. It's not all bad news for the Insomniac Events head honcho, as it was also revealed this week that EDC Vegas raked in nearly $278 million in revenue in Sin City. Not too shabby. Home sweet home.

Word on the Bird is Nick van de Wall a.k.a. Afrojack was kicked out of a Sydney casino--the very same casino that houses the Marquee Nightclub he is slated to play today. He blames racism, but we'll see how that all plays out... If you get kicked out of a casino, chances are somehow there's booze, pills, and hookers involved... but then again, we could just be thinking of Fear and Loathing.

Rock snobs are incensed at the idea of an EDM massive bismirching the hallowed grounds the original Woodstock christened in 1969. The mother of all music festival gives way to ID&T's famed event, Mysteryland, which they're breaking in the US this coming Memorial Day Weekend. Go ahead and bet on more controversey and even more ticket sales to follow.


Other sh*t you missed this week.

Who the f*ck is Bear Grillz? The Power of a Mysterious Musical Narrative