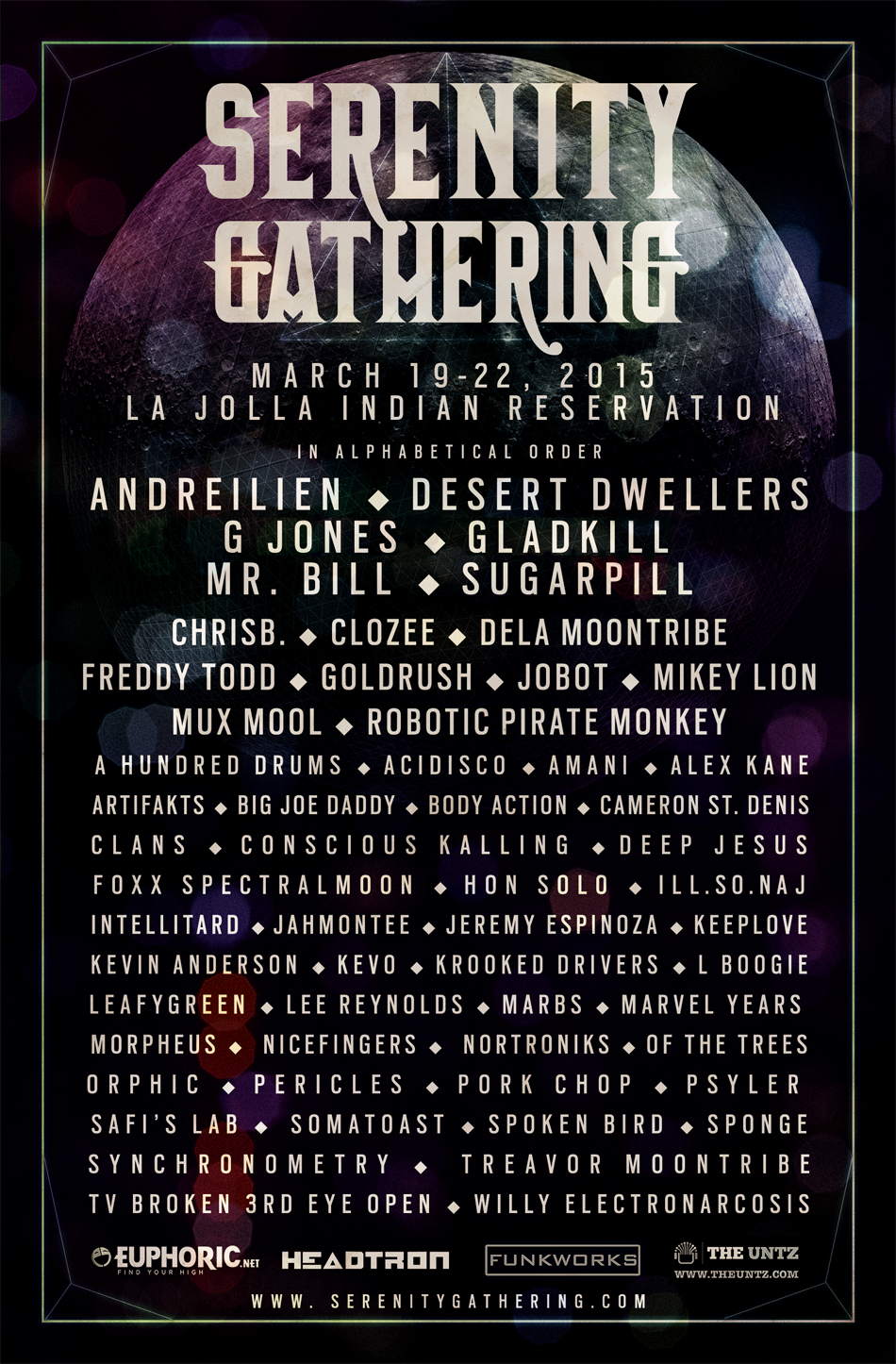 Now in its second year, Serenity Gathering returns with a wide-eyed phase 1 lineup that brings artists from all over the electronic music spectrum to La Jolla Indian Reservation in southern California March 19-22, 2015.

The Headtron crew is in full force on this sophomore Serenity, putting Andreilien, G Jones, Gladkill, sugarpill, ChrisB., GoldRush, and jOBOT on this first round of artists. The Moontribe and its affiliates are also front and center, as Desert Dwellers, Treavor Moontribe, AMANI, and Dela Moontribe all make the list.

Glitch-hop is well-repped with Freddy Todd, CloZee and Mr. Bill reigning supreme, and electro-soul is also making a push with Artifakts, Marvel Years, and Krooked Drivers. And the latter's SUPER BEST label boss, Mux Mool, also made the cut.

Hearkening back to the full moon gatherings of yesteryear, this desert rave blends old school aesthetics with the transformational movement that's in full swing nowadays. More artists will be added, and more information will spread in the coming weeks and months. Keep it locked.