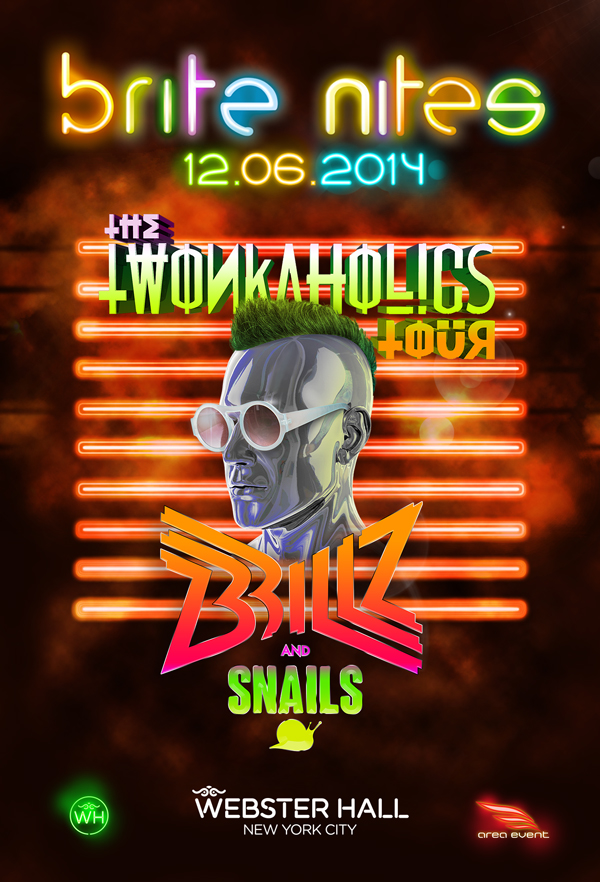 Webster Hall is infamous for its rampantly unhinged parties. People hate on this place but it's completely unfounded. If you are looking for a lavish club with Avicii fans in button-ups, this is not the place for you. If you're looking to get down and rage your ass off until 5 in the morning, you have found your stomping ground. Webster Hall is filled with people who are in love with dirty ass dance music. It feels like home for someone like me. Someone who leaves all the bullshit behind and just wants to soak in the madness of heavy bass music.

SNAILS is an up and coming producer from Montreal that curated the new sound called "vomitstep." In fact, we recently named him one of our Top 10 Breakout Acts of the of year. His tracks are being played far and wide by the likes of Zeds Dead and LOUDPVCK. His summer smash was "WILD" it was played from coast to coast at every EDM festival you can imagine and hell did it live up to it's name. The cascading roaring bass gives off a ferocious energy that can only be appreciated with large production speakers and a crowd festheads.

His opening set was no different. Once they opened the grand ballroom, you can tell everyone was ready for the mania to begin, it was palpable. As Snails took the stage the crowd was radiating energy. When the vomitstep hit us, there was countless bass faces throughout the crowd. You know, that face you make when when you smell something disgusting. We all get it and it was rampant that night.

Brillz took the stage around 1:30am. I have been itching to see him since I saw the video of his set at Shambala, check it out here. The walls and floor were rumbling with the vibration of the bass and people going hard. He ran through trap classics along with new heaters. It was a frenzy in the grand ballroom. When a couple hundred people are screaming "OHHHH" at the same time, you know every one is going mental.

All in all, it was a great time. I highly recommend going to see either Snails or Brillz, your neck will be sore for days after but completely worth it. You'll dance your ass off and meet a bunch of like minded individuals while doing so.