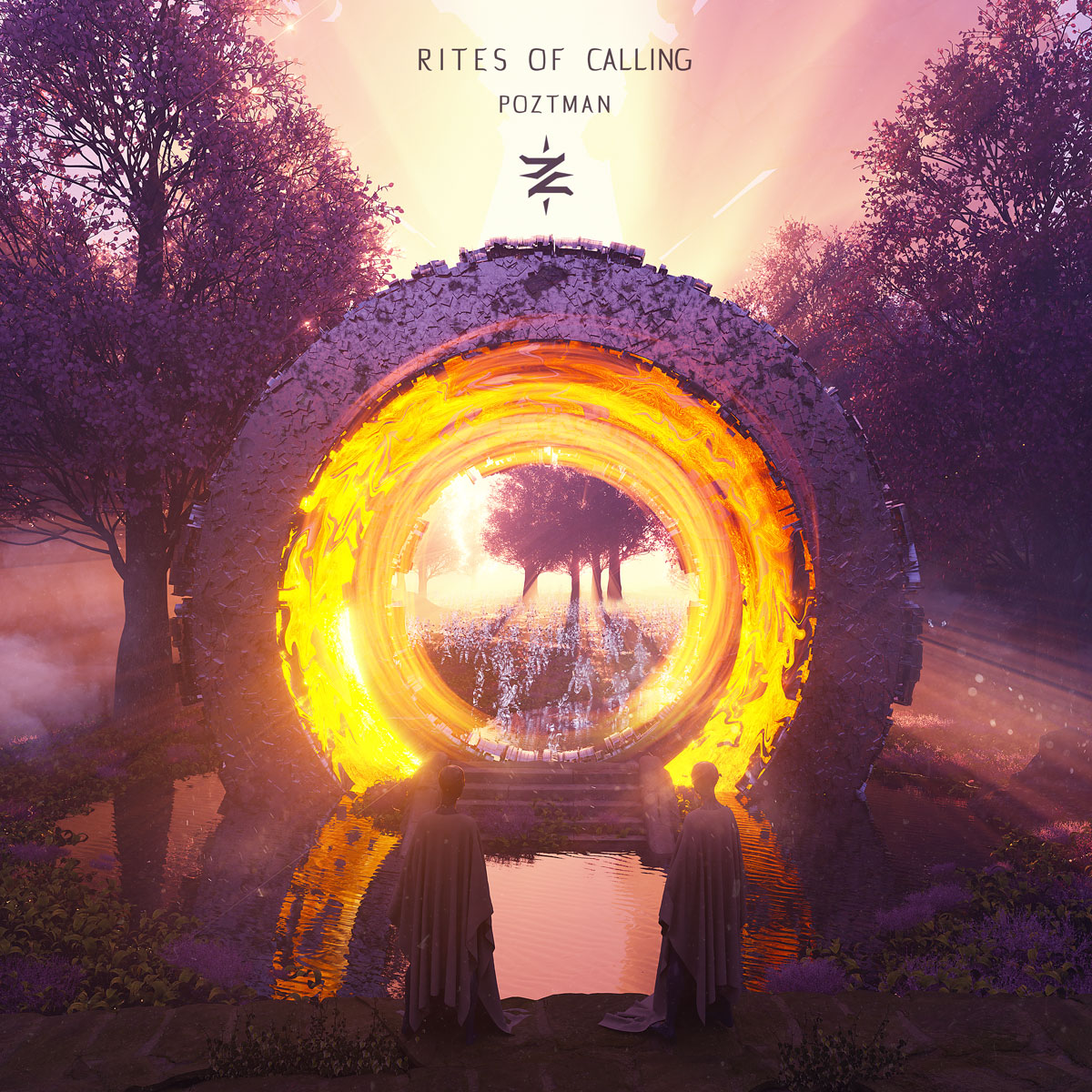 Beginning in October with a surprise remix from VALE and then following up last month with an enticing EP on Billegal Beats, the Poztman has delivered another stunning package on our doorstep.

Hot off the heels of Takeshi's Struggle, Poztman returns with a five-track concept EP centered around cinematic drum & bass that will just take your breath away. Mixing in tribal and folk elements, these gorgeously layered compositions on Rites Of Calling simply leap out of your speakers and transport you stargate style to another dimension. And I don't just say that because of the incredible artwork of Gnostik Designs.

Today's premiere, “Hunt The Engine (Rite Of Instinct)” hurtles onto the scene like a freight train, and would be at home equally in seasons three of Westworld or Dark. According to the lore from Outtallectuals' dusty vaults, [Rites Of Calling] tells the story of a group of young adults in a very distant future, needing to accomplish five challenges as passage rites; not only to prove their worth in their community or to prove they are worthy to be considered as mature adults, but to find their calling in life. Sonically, the tracks merge folk and tribal elements with futuristic drum and bass, while each track explores different levels of intensity based on theme.

The storytelling, the artwork, and the over-the-top production hand-delivered with a bow by Poztman—I can't say enough about this one.

Pre-order Rites Of Calling from Outtallectuals