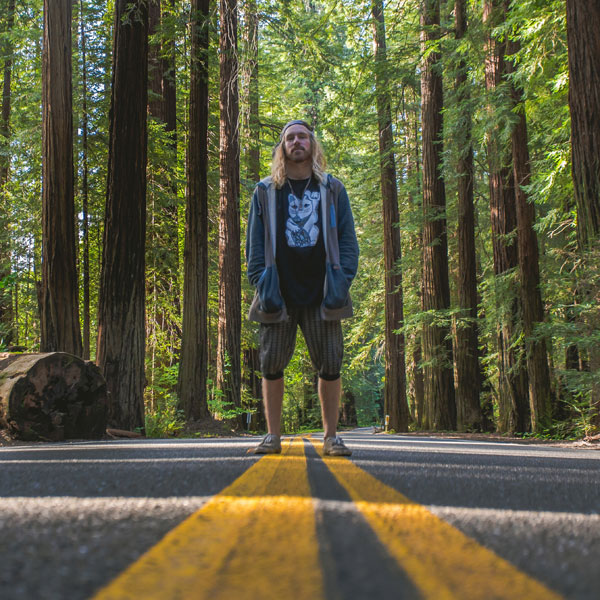 Bass music fans already know about Corey McCarley. In fact, they were demanding that he be added to the ShadowTrix Music lineup in Phase 2, which we knew was going to happen, but just loved watching all of you squirm in anticipation—sorry.

PartyWave has been on our radar for a minute, but really shot up in our books on the strength of 2016's Banyan LP, which we were fortunate enough to premiere the title track, which is one of the hottest bass hooks we've heard in a while.

Just recently, McCarley knocked out a tour with one of our faves, ill-esha, and today, he drops his remix for her hot “Wordless” track, which we're delighted to premiere today! Plenty of bass banging around in this one, though on the whole it's pretty delicate and honorable, which just shows that he can do it all.

I got the chance to chat with Corey about the track, our festival, and where he hangs his hat these days. Make sure you jump on your tickets for The Untz Festival, landing back at Mariposa County Fairgrounds in Mariposa, California from June 2-4. We'll see you on-site.

Did spending a bunch of time on the road with ill-esha, hanging out with her and hearing her music, change the way you approached your remix for her?

Well actually, I had never met her before this tour, and I did the remix before we had met. We had talked a bunch in emails and such and then came up with the idea to do a remix for some promo stuff and just because, but, if I had met her before, I don't think it would have mattered [laughs] when I get in the studio things just happen. I just listened to the stems and heard her vibe, and put my own on it and voilá. Dark meets light.

You'll be playing the ShadowTrix Music stage at The Untz Festival—what's your relationship with the label, and who else on the roster should we be looking out for?

I've been a part of ShadowTrix Music since day one. I started hanging and producing with Trevor Kelly and Shlump a lot when Trevor was just getting the STM ideas solidified and was ready to launch soon. So I’ve been “one of the dones” and growing with them since the beginning. I’ve released several albums/singles with them and will continue to do so, because they’re the shit. West Coast Bass Music needed this, and they support everyone no matter how big or small they are, it's all about the music. That being said, there's a lot of up-and-coming producers that are getting awesome recognition because of STM. But if I had to name a few, I would say to keep an eye on some guys like SuDs, Kowta, ChopsJunkie, but don't stop there that's just off the top of my head. anyone else that has released with them this past year or so don't pass anyone up because you’ll be buying tickets to see their show soon if you already haven’t. Everyone associated is growing and its amazing to see it and be a part of it!

You can't pick ill-esha, because you just did that, but you're about to head out on a big nationwide 60-date tour over 3 months. You can select two artists to join you—who would you choose and why? Price is not an issue.

If I was heading out on a 3 month tour for 60 days nationwide with just 2 artists, I would have to pick Mr. Carmack and EPROM… firstly, becaus the diversity of that trio would just be insane and awesome... second, those have been my two biggest inspirations in my music since day on and I love almost all of their music... Both are very different, but I pick my flavors out of both of them and create my own from lots of their ideas. so that would be dream scenario. 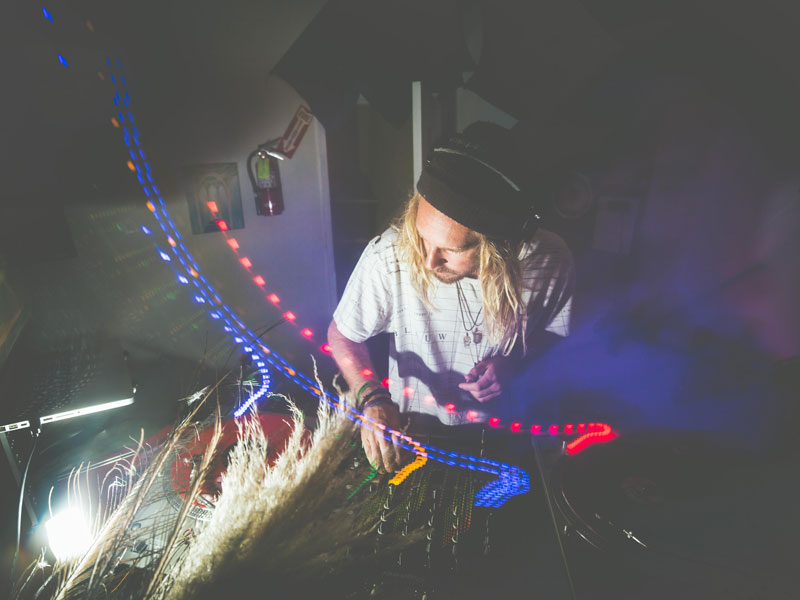 Why Hawai'i? There seems to be a growing pocket of artists who are headed out that way. Do you feel compelled by Pele to create? Inspired by the natural beauty? Or does the high cost of living make you work your ass off so you don't end up sleeping on the beach?

[Laughs] Actually the cost of living is no more than California really—don't tell anyone… the reasons for being in Hawaii are endless, but to cut it short, I grew up in San Diego my whole life. Surfing and the ocean has been in my life forever, and I could never more from the ocean. Needless to say I guess I was ready for an upgrade, and to get away. The sense of freedom out here and adventure is next level. I've been more inspired since I moved here to write new different music than ever before. I would definitely say I don't write quite as much due to more traveling, and getting my feet on the ground here because its still relatively new, but the quality I feel I’m writing is better. and that's all I want.

Visit www.theuntzfestival.com to get your tickets today.