With a number of special events booked through the Holiday season, December is heating up for the seminal touring outfit Papadosio. The five-piece project will kick off the winter solstice with a unique celebration in music, arts and workshops on December 20th - 21st at their first annual Earth Night 2012. The project will then set their sights on New Year’s celebrations on Dec 30th in Philadelphia, PA and then 31st in Richmond, VA – closing out the year with a huge New Year’s Celebration at the National.

Hot off the heels of their 2012 studio release, T.E.T.I.O.S, Papadosio has shown remarkable growth in the last 12 months. With over 100 dates performed in 2012 alone, and many of them sold to capacity, it seems only fitting for the southern based electronic music unit to celebrate the years-end over a week of music and special events. 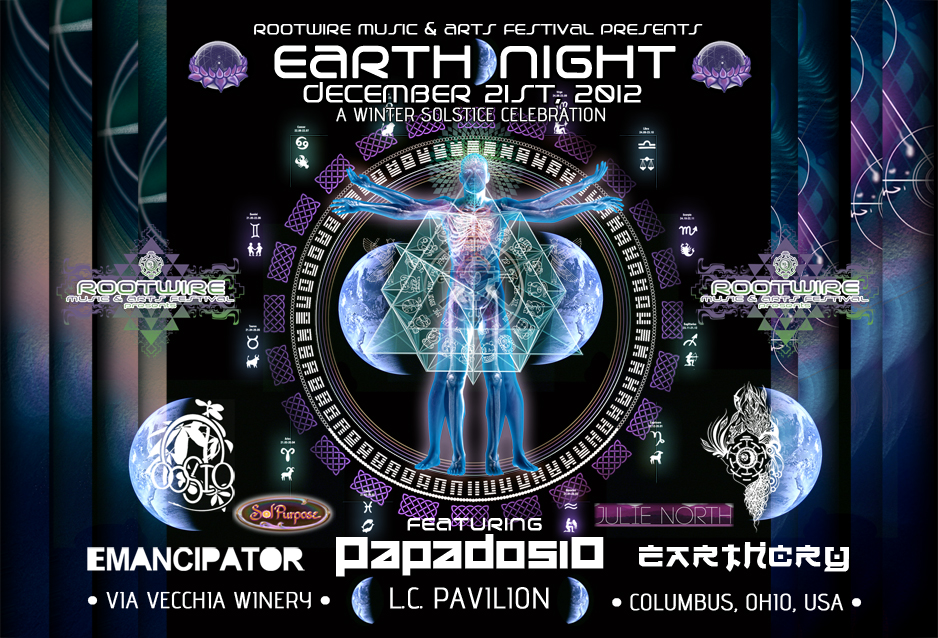 Kicking off on Dec 20th Earth Night 2012 will take place over 2 days in the heart of downtown Columbus, Ohio between two locations – the Via Vecchia Winery and the Lifestyle Communities Pavilion - and will feature a wide variety of performances, workshops and speakers from around the country to facilitate an educational and fun musical experience. The event will also feature a rare acoustic performance with Papadosio on Friday the 20th along with full-power performances with Papadosio, Emancipator and opener Earthcry on Saturday the 21st. The event will feature a number of live artists as well as workshops in meditation, tone healing, as well as morning yoga each day. Tickets are on sale now for Earth Night 2012 at the official rootwire website at www.rootwirefestival.com.

Papadosio will then head east for the first of their 2-night New Year’s Celebration at the Trocadero in Philadelphia, PA with mini-tour openers, Dopapod. Then just in time for the apple to drop in Times Square, Papadosio and Dopapod will take the stage for a balloon drop of their own at the renowned National Theater in Richmond, VA on Dec 31st. Known for their relentless dedication to improvisation and musical exploration, Dopapod is the perfect accompaniment to the New Year’s festivities and is sure to get the party started right. 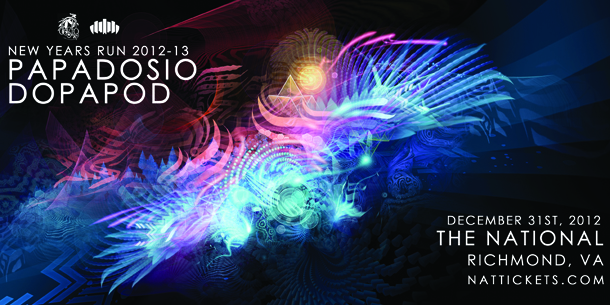 For more information about Papadosio, and for ticketing information on all their special events; check out the band's official website at www.papadosio.com.