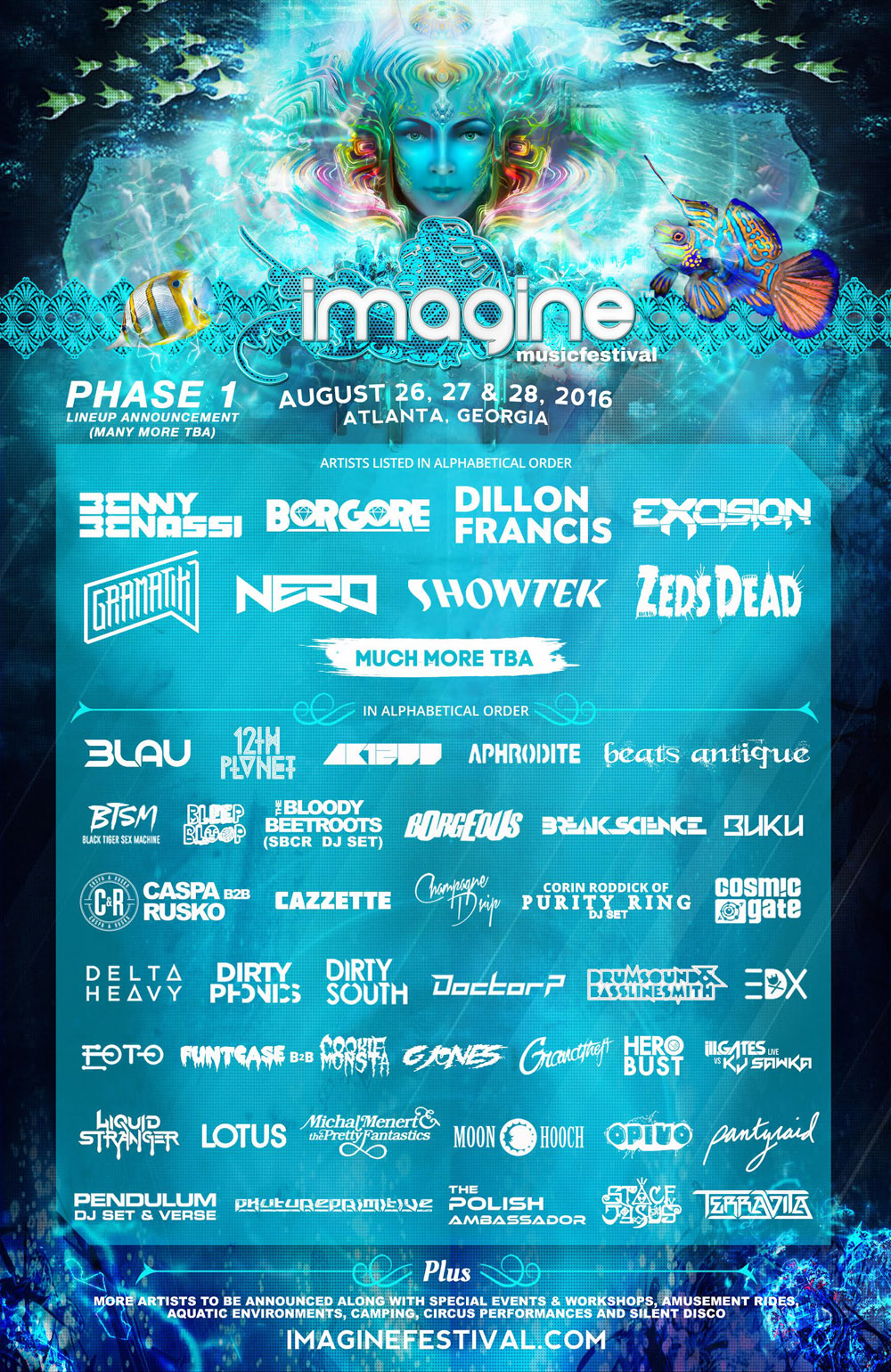 With CounterPoint and TomorrowWorld pulling back this year, Imagine Music Festival has risen to the top of the southeastern heap, standing astride ATL with a lineup that looks like Ultra North. Returning to downtown Atlanta, GA from August 26-28, the team at IRIS Presents is making a bold statement with its Phase 1 lineup.

The top-billed artists include Gramatik, NERO, Showtek, ZEDS DEAD, Benny Benassi, Dillon Francis, Borgore, and Excision. On top of that, you add a DJ/vocal set from Pendulum, 3LAU, Cazzette, and a Bloody Beetroots DJ set from SBCR, and you've got a good start.

What's really fascinating about this bill, is that IRIS has covered all its bases. For those who like it loud and hard, you've got Black Tiger Sex Machine, 12th Planet, Doctor P, Dirtyphonics, Terravita, and two special B2B sets in Funtcase B2B Cookie Montsa and Caspa B2B Rusko. The transformational crowd has Beats Antique, The Polish Ambassador, and Phutureprimitive. The Weird Bass heads get G Jones, Space Jesus, Bleep Bloop, and the don, Liquid Stranger. Sprinkle in Buku, Pantyraid, EOTO, OPIUO, and Champagne Drip for those who like to get down. Bonuses for fans of The Untz include Lotus, Break Science, Michal Menert & the Pretty Fantastics, Herobust, and ill.Gates vs KJ Sawka, and you've got an unbeatable mix of the good stuff.

An independent festiaval that draws nearly 30,000 fans annually is a great start for the event that's only in its third year. With EDM superstars and underground sensations, this is the crew to watch. The production will be over-the-top, under-the-sea themed, with lights, lasers, and louder systems than a downtown event usually gets to unleash. As always, there will be after party events in the city, and the kicker is camping is available, as well.

Tickets start at $169 for a GA 3-day pass. VIP passes, with front row pit access, elevated viewing area, VIP access, air-conditioned lounge, and more come in at $299, with prices starting at $69 for the camping options, which can be bumped up for RVs and the whole shot. Tickets are available online at www.imaginefestival.com.