Well hello faithful readers, and welcome back to yet another installment of Natty’s Picks of the Week. Now I’m sure you’re all wondering, “Hey, asshole, you said it was every Thursday. Why am I reading this now, on Saturday???” Hey now. Let’s pump the breaks. No need for the hostility! I was stuck in traffic, or something. Um…April Fool’s?

The DJ Professor, aka Braden Silverman, doesn’t go for what’s easy. From pretty Brit-pop vocals to glitch and filth in a matter of seconds, this cut drives like a 1961 Ferrari 250GT California. Elegant, plenty of muscle and once driven by Ferris Bueller. Take a listen. It is so choice.

This Boulder-based duo gives glitch hop a jazzier feel than getting felt up by a jazz musician. Of course a lot of that comes from Cody Yozipovic (aka Frequent C) and his usual brand of jazzstep. The production is polished but not without a raw edge to it.

I had the pleasure of meeting David Sugalski, when my band, No Hay Banda, opened up for him in Indiana. Not only is he unbelievably nice and good to be around, but he also might be one of the most exploratory DJs working today. On this exceptional cut, Sugalski uses the classic Radiohead tune as a launch pad for otherworldly sounds. Where most producers would be content swapping a song’s beat out, Sugalski sees a remix as a chance to make something entirely new. And that, at the very least, is refreshing.

Okay, so maybe it’s not the most creative title, but this near-6 minute clip shows off the low end side of the ever-growing live electronic duo. It also shows off some of the greatest/sweatiest dance moves I have ever seen. Is it sticky in there? It looks like it would be sticky.

It’s Justice, motherfuckers. I shouldn’t have to say another word. 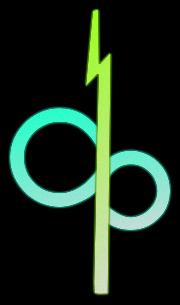