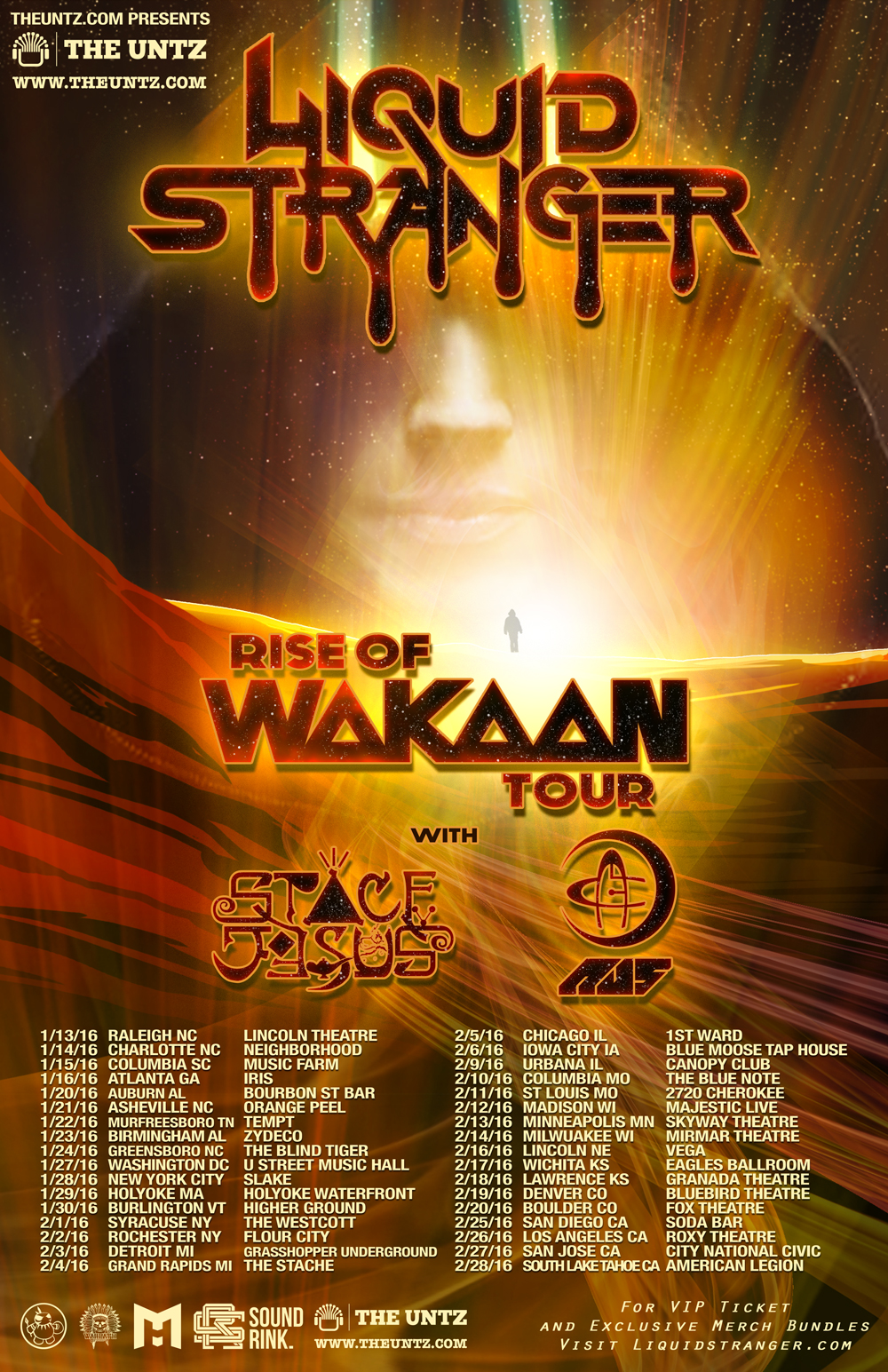 One of the most anticipated tours of the winter season is finally upon us. Liquid Stranger sets off on Rise of Wakaan Tour with Space Jesus and Au5 tomorrow in Raleigh, NC, cruising from coast to coast on his biggest US tour, yet, hitting 30+ cities through the end of next month.

Martin Stääf, Jasha Tull, and Austin Collins represent three cutting edge sounds in the bass music scene. The Stranger has dominated dubstep, downtempo, and has now made headway in the trap world. Tull's Weird Bass sound fuses 808's and psychedelia, as beautifully illustrated on his fall release, Close Encounters. Au5, brandishing a guitar, has made a name for himself in the melodic bass realm, with a number of Monstercat releases and high-profile appearances on tours with Infected Mushroom.

The tour takes its name from Liquid Stranger's new label, Wakaan, which has already blasted out new tunes from Stääf, Jeezy, Dirty Chocolate, Desert Dwellers, and more. With his new label, Martin is attempting to bring the underground bass scene to the masses, covering all the bases, and shining the spotlight on his fellow producers. That's a class act.

With dates in the southeast this week and next, the mid-Atlantic at the end of January, northeast in early February, and midwest that following week, before taking on the western half of the contry, Rise of Wakaan is going to be gaining steam and pummeling through your town. Grab your tickets now, and join the revolution.